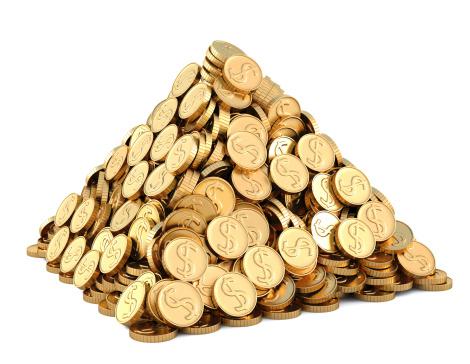 After studying the economy and lowering his economic forecast based on numerous sources, both from the government and independent firms, Sasha Cekerevac, contributor to Profit Confidential, concludes the Chinese economy may soon crash.In the article “Is China a Ponzi Scheme?,” Cekerevac expresses his worry that if the Chinese economy were to crash suddenly, it would have a severe impact on the global economy, including the U.S. “Recent activity by Chinese companies shows a disturbing trend for the truly bizarre,” suggest Cekerevac.Cekerevac highlights a construction equipment maker in China called Zoomlion, which is seeking $22.0 billion in credit so that it may fund its customers. “This is a large amount of money for a company that itself is only worth $12.0 billion,” suggest Cekerevac. “This is a sign of how desperate the situation is in China, as customers have no cash to purchase equipment.” Cekerevac notes that the situation is even worse. “It gets even crazier,” suggest Cekerevac. According to the editor, the rumor is that machines are being purchased on credit and then being used as collateral. The customers who bought the construction equipment are getting credit backed by the equipment, which they in turn are financing for their own clients.The Chinese economy appears to be one giant house of cards, according to Cekerevac.“Essentially, none of the customers along this chain have the money to buy the goods,” suggest Cekerevac. “It appears everybody is completely overextended.”Cekerevac advises that when you have a situation where collateral is being borrowed multiple times on the same assets, it is a huge warning sign for the global economy.Profit Confidential, which has been published for over a decade now, has been widely recognized as predicting five major economic events over the past 10 years. In 2002, Profit Confidential started advising its readers to buy gold-related investments when gold traded under $300 an ounce. In 2006, it “begged” its readers to get out of the housing market...before it plunged.Profit Confidential was among the first (back in late 2006) to predict that the U.S. economy would be in a recession by late 2007. The daily e-letter correctly predicted the crash in the stock market of 2008 and early 2009. And Profit Confidential turned bullish on stocks in March of 2009 and rode the bear market rally from a Dow Jones Industrial Average of 6,440 on March 9, 2009, to 12,876 on May 2, 2011, a gain of 99%.To see the full article and to learn more about Profit Confidential, visit www.profitconfidential.com.Profit Confidential is Lombardi Publishing Corporation’s free daily investment e-letter. Written by financial gurus with over 100 years of combined investing experience, Profit Confidential analyzes and comments on the actions of the stock market, precious metals, interest rates, real estate, and the economy. Lombardi Publishing Corporation, founded in 1986, now with over one million customers in 141 countries, is one of the largest consumer information publishers in the world. For more on Lombardi, and to get the popular Profit Confidential e-letter sent to you daily, visit www.profitconfidential.com.Michael Lombardi, MBA, the lead Profit Confidential editorial contributor, has just released his most recent update of Critical Warning Number Six, a breakthrough video with Lombardi’s current predictions for the U.S. economy, stock market, U.S. dollar, euro, interest rates and inflation. To see the video, visit http://www.profitconfidential.com/critical-warning-number-six.Profit Confidential is Lombardi Publishing Corporation’s free daily investment e-letter.Profit Confidential 350 5th Avenue, 59th Floor New York, NY 10118

06-25-2012 | Business, Economy, Finances, B …
Profit Confidential
Homebuilder Stocks Continue to Improve, According to Leading Financial Newslette …
According to George Leong, contributor to Profit Confidential, while home prices continue to slide across the nation, there have been improvements in the homebuilder sector. “An improving economy and some job creation are helping to attract buyers to the housing market and the hope is that prices will advance higher,” suggest Leong. In the article “Homebuilder Stocks Show Improvement, But Stay Selective,” Leong notes that builders are seeing higher demand down
06-20-2012 | Business, Economy, Finances, B …
Profit Confidential
Pension Funds Hiding the Truth; Special Report by Leading Financial Newsletter P …
The situation for municipal pension funds is beginning to deteriorate, according to Michael Lombardi, lead contributor to Profit Confidential. Lombardi believes the main problem facing all states and municipalities is their budget deficits. In the article “Public Pension Funds Hiding the Truth?,” Lombardi suggest that what the states and municipalities are not telling the public is that they have not changed their future projection of earnings for their pension funds. “In this
06-18-2012 | Business, Economy, Finances, B …
Profit Confidential
U.S. to Fall into Recession; Economic Report by Profit Confidential, a Leading F …
May was the turning point for the global economy, according to Michael Lombardi, lead contributor to Profit Confidential, according to him the bottom is falling out from under the U.S. economy again, heading into another recession. In the article “The Inevitable U.S. Recession; Part II Starts,” Lombardi highlights several statistics that back up his assertion. “Manufacturing sank to a three-year low in May for the 17-member European Union,” suggest Lombardi. “The economic
06-18-2012 | Business, Economy, Finances, B …
Profit Confidential
Weak Economic Data Drive Stocks Lower; Special Report by Profit Confidential, a …
The U.S. jobs report was terrible, and Mitchell Clark, contributor to Profit Confidential, argues that China’s current economic weakness is responsible for hurting investor sentiment significantly. In the article “U.S. Economy: Expectations Just Got Halved,” Clark notes that while there is some recovery in the U.S. economy, the expectations are coming down. “The trading action in the stock market, oil prices, and U.S. Treasuries really signifies a major revision of expectations,” suggest