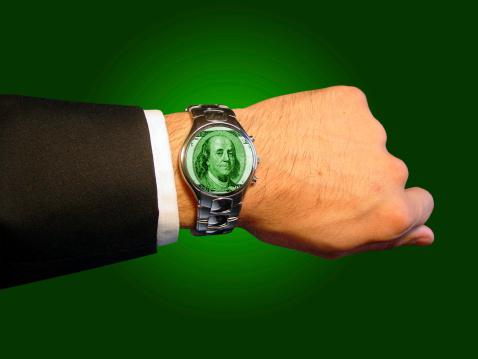 Sasha Cekerevac, contributor to Profit Confidential, argues that Research In Motion Limited (RIM) is being left behind in the smartphone sector, with only 6.4% global market share in the last quarter, down from 13.6% in the first quarter of 2011. According to Cekerevac that RIM management’s recent actions are aimed at making the firm more appealing—to would-be buyers.In the article “Is Research In Motion Preparing for a Sale?” Cekerevac points out that more job cuts are coming down the pipeline for RIM and it is highly probable that additional write-downs will occur.According to Cekerevac that the goal for new RIM CEO Thorsten Heins is to clean up the firm and sell it before it’s too late. “No one wants to buy a bloated firm that’s only a small, marginal player in the market sector,” suggest Cekerevac.In regard to a possible write-down, Cekerevac suggest, “RIM has a massive inventory glut, since no one is buying these phones.”With the new Samsung “Galaxy S3” already out and the Apple “iPhone 5” due in a few months, Cekerevac thinks these phones will completely destroy the “BlackBerry” maker. “Especially since RIM is going to miss back-to-school; if they miss the Christmas holidays, they’re essentially done.”Cekerevac notes that the competition has put RIM products far behind the technological curve: “The market sector is advancing rapidly, and RIM is simply too far behind to catch up.”“The only positive point right now is that finally management at RIM has thrown in the towel and is ready to sell the company,” suggest Cekerevac. “With revenue declining every quarter at a massive rate, they have only months to go to sell at any price.”Profit Confidential, which has been published for over a decade now, has been widely recognized as predicting five major economic events over the past 10 years. In 2002, Profit Confidential started advising its readers to buy gold-related investments when gold traded under $300 an ounce. In 2006, it “begged” its readers to get out of the housing market...before it plunged.Profit Confidential was among the first (back in late 2006) to predict that the U.S. economy would be in a recession by late 2007. The daily e-letter correctly predicted the crash in the stock market of 2008 and early 2009. And Profit Confidential turned bullish on stocks in March of 2009 and rode the bear market rally from a Dow Jones Industrial Average of 6,440 on March 9, 2009, to 12,876 on May 2, 2011, a gain of 99%.To see the full article and to learn more about Profit Confidential, visit www.profitconfidential.com.Profit Confidential is Lombardi Publishing Corporation’s free daily investment e-letter. Written by financial gurus with over 100 years of combined investing experience, Profit Confidential analyzes and comments on the actions of the stock market, precious metals, interest rates, real estate, and the economy. Lombardi Publishing Corporation, founded in 1986, now with over one million customers in 141 countries, is one of the largest consumer information publishers in the world. For more on Lombardi, and to get the popular Profit Confidential e-letter sent to you daily, visit www.profitconfidential.com.Michael Lombardi, MBA, the lead Profit Confidential editorial contributor, has just released his most recent update of Critical Warning Number Six, a breakthrough video with Lombardi’s current predictions for the U.S. economy, stock market, U.S. dollar, euro, interest rates and inflation. To see the video, visit http://www.profitconfidential.com/critical-warning-number-six.Profit Confidential is Lombardi Publishing Corporation’s free daily investment e-letter.Profit Confidential 350 5th Avenue, 59th Floor New York, NY 10118

You can edit or delete your press release RIM Preparing for a Sale, Reports Profit Confidential, a Leading Financial Newsletter here