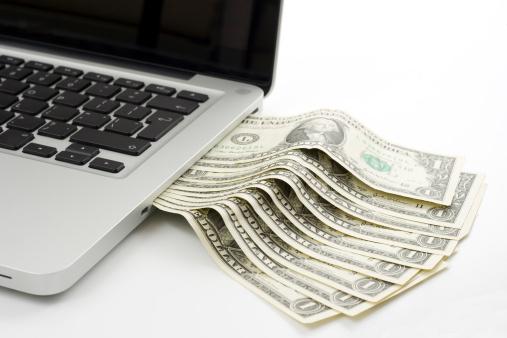 In his recent article, Can New Yahoo! CEO Deliver on Lofty Promises?, Sasha Cekerevac reports on the latest Yahoo! development. According to the Profit Confidential contributor, CEO Scott Thompson declared that his goal is to have 20% annual revenue growth for Yahoo!. However, Cekerevac thinks this is only part of his goal. “I believe that Thompson is making the recent job cuts and talking up the prospect to make the firm look pretty for a sale,” suggest Cekerevac. “A leaner organization is easier to sell; the one resolution that many investors are hoping for.”In his Profit Confidential article, Cekerevac notes that most of the value of Yahoo! USA is built on Alibaba and Yahoo! Japan.“I do applaud management at Yahoo! for the recent cost-cutting, which is helping to increase corporate earnings,” suggest Cekerevac, “But cost-cutting does not mean revenue growth. There is a level at which you can’t cut anymore, because you’ve already reduced all excess fat and there’s nothing left to cut.”“Of the $20.0-billion market value for Yahoo!, I would say approximately $18.0 billion is for the Alibaba and Yahoo! Japan portion,” suggest Cekerevac. “The other positive for the stock that might entice a buyer is the fact that it has over $2.0 billion in cash.”Thompson indicated he would like to move on more aggressively to mobile phones, but Cekerevac doesn’t see how he’ll accomplish this transition. Cekerevac believes that, if someone were to invest in Yahoo!, they would be betting on monetizing the other parts of the business and not on corporate earnings growth.“Frankly, you’re not paying for this growth, because there isn’t much, as compared to other technology stocks, but rather are hoping for a sale or split of the company,” suggest Cekerevac. “I can’t argue with the logic hoping for a sale; at the current price level there isn’t much downside,” suggest Cekerevac. “On the other hand, the funds invested could be dead money for a long period of time, when you could be investing in technology stocks with much bigger growth potential.”Profit Confidential, which has been published for over a decade now, has been widely recognized as predicting five major economic events over the past 10 years. In 2002, Profit Confidential started advising its readers to buy gold-related investments when gold traded under $300 an ounce. In 2006, it “begged” its readers to get out of the housing market...before it plunged.Profit Confidential was among the first (back in late 2006) to predict that the U.S. economy would be in a recession by late 2007. The daily e-letter correctly predicted the crash in the stock market of 2008 and early 2009. And Profit Confidential turned bullish on stocks in March of 2009 and rode the bear market rally from a Dow Jones Industrial Average of 6,440 on March 9, 2009, to 12,876 on May 2, 2011, a gain of 99%.To see the full article and to learn more about Profit Confidential, visit www.profitconfidential.com.Profit Confidential is Lombardi Publishing Corporation’s free daily investment e-letter. Written by financial gurus with over 100 years of combined investing experience, Profit Confidential analyzes and comments on the actions of the stock market, precious metals, interest rates, real estate, and the economy. Lombardi Publishing Corporation, founded in 1986, now with over one million customers in 141 countries, is one of the largest consumer information publishers in the world. For more on Lombardi, and to get the popular Profit Confidential e-letter sent to you daily, visit www.profitconfidential.com.Michael Lombardi, MBA, the lead Profit Confidential editorial contributor, has just released his most recent update of Critical Warning Number Six, a breakthrough video with Lombardi’s current predictions for the U.S. economy, stock market, U.S. dollar, euro, interest rates and inflation. To see the video, visit http://www.profitconfidential.com/critical-warning-number-six.Profit Confidential is Lombardi Publishing Corporation’s free daily investment e-letter.Profit Confidential 350 5th Avenue, 59th Floor New York, NY 10118