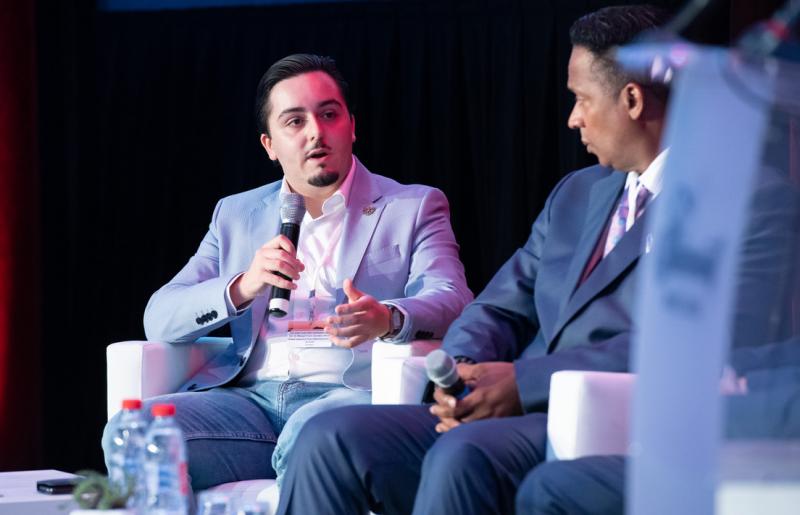 The Chairman of Al-Khalifa Business School, H.E. Prof. Sir Manuel Freire-Garabal y Núñez, has been appointed in the Independence Day of India as Chairman of the Business Promotion Committee at IGBP,  a consulting corporation dedicated to the promotion of Indian Business and Market Worldwide.The mission of IGBP is to globalize, promote and facilitate risk-free bilateral trade, cost-effectively for the wholesome growth of business and community by inculcating global business knowledge and awareness. Hence, become the catalyst for growth in a barrier-less technology-driven global market and help Indian businesses upscale, align and emerge as formidable players in their respective business segments.IGBP articulates the genuine, legitimate needs and interests of its members. Its mission is to impact the policy and legislative environment so as to foster balanced economic, industrial and social development. They believe that the sectors of Education, IT, BT, Health, Corporate Social Responsibility and Environment will be the key factors in propelling corporate India forward on a global scale.The IGBP has set up specific councils to understand the impact of globalization and liberalization on the various segments of the industry and to make valuable suggestions to the concerned authority. In essence, IGBP also acts as a forum for its members and member companies to interact with senior functionaries of domestic and international Governments, along with foreign Trade organizations and businesses.IGBP has a wide range of members, who together represent a wide spectrum of business and economic sectors: manufacturing, exports, services et all. The IGBP is composed of Executive and Board members, and 12 Committees which exchange information on various issues and topics: Trade Committee, CIBO (Committee on International Business Organisations), CSR Committee (Corporate Social Responsibility), Federations Committee, Legal Committee (IPR Intellectual Property Rights), NRI Investment Committee, Business Promotion Committee, Skill Development Committee, Education Development Committee, Young Entrepreneurs Committee, Women Economic Committee, Media Advisory Committee, Finance Advisory Committee.Between his multiple achievements, Sir Manuel is an advisor of some Princes and Royal Houses around the World as well as an Honorary Ambassador of different organizations related to the United Nations. Since July of 2018, he is the President of the Private Council of the Prince Mahmoud Salah Al-Din Assaf, one of the most ancient Royal Families of the Middle East.As a cause of the Business impact of Al-Khalifa Business School in the United States and Globally, he recently was appointed as commissioned Kentucky Colonel, the highest title of honor bestowed by the Commonwealth of Kentucky given by the Governor and the Secretary of State to individuals in recognition of noteworthy accomplishments, contributions to Kentucky society, remarkable deeds, and outstanding service to a community, state, or the nation. The Governor of Kentucky bestows the honor of a colonel’s commission, by the issuance of letters patent.To read more about:  https://www.igbp.co.in/committees/AKBS Chairman Private Office, Suite 715, 12 Rue Le Corbusier, Geneva, Switzerland, 1208 chairman@akbs.assafdynasty.comAl-Khalifa Business School llp.is an educational company founded in August of 2019 (United Kingdom) that offers Post-Graduate Level Higher Education, Cultural Education and Educational Support Services.

You can edit or delete your press release Prof. Freire-Garabal appointed Chairman of the Business Promotion Committee at IGBP here

06-23-2021 | IT, New Media & Software
Avenga
Security at the core: Avenga ISMS Committee
Avenga, a global IT and digital transformation company, held its first internal Information Security Management System Committee (ISMS) meeting. The Avenga ISMS Committee is a permanent collegiate organization that was created with the purpose of covering all the company’s activities within the scope of information security across all the Avenga markets (US, DACH, UA, PL). The ISMS Committee participates in the management system review on an annual basis as security
06-29-2020 | Business, Economy, Finances, B …
MLC Properties AG
MLC Properties East Africa Appoints Members of the Investment Committee
With the appointment of Prof Andreas Daniel and Anthony Lewis as members of the Investment Committee, MLC Properties East Africa underlines its claim to become a leading investment company in the East Africa region. This June, Prof Andreas Daniel and Anthony Lewis have been appointed as members of the Investment Committee of MLC Properties East Africa. “Both members are high profile and have a strong background in the real estate
03-27-2020 | Politics, Law & Society
Christian Church International
Christian Church International with restructured Central Committee
To be in a stronger position in times of global crisis, one of the world's largest online and house churches has expanded its top clergy. The spiritual leader of the Christian Church International, His Eminence Elias I, has appointed two more bishops to the clergy at the request of the Church's Supreme Leader, Bishop Luzia Lucretia. Bishop Euphemia will be responsible for social and moral leadership. Bishop Amira will be the new
01-14-2020 | Politics, Law & Society
Wilson Holdings, LLC
Wilson Holdings & Young Politician Committee Join in a Strategic Partnership
For Immediate Release Date: 1/14/2020 Contact: Franklin L. Wilson-Chairman franklin@wilsonholdingsllc.net/+1(818)415-6776   Wilson Holdings & Young Politician Committee Join Forces   Las Vegas, Nevada- Today, Wilson Holdings and Young Politician Committee join into a strategic partnership. Wilson Holdings is the parent company of several sub-corporations. Young Politician Committee is a bipartisan Super PAC dedicated to promoting and advancing sound young politicians to disrupt the dated public service model. While spreading awareness to galvanize the
07-23-2019 | Politics, Law & Society
CONRIC PR & Marketing
The Florida Bar appoints Maselli to grievance committee
Professionalism is a hallmark of Associates and Bruce L. Scheiner, Attorneys for the Injured. The Florida Bar has selected Dawn Maselli, a trial attorney for the firm, to serve on 20th Judicial Circuit Grievance Committee C, one of three bodies that investigates complaints of lawyer misconduct in Southwest Florida. “We have the honor and privilege of representing clients who trust us,” Maselli said. “I want to ensure that our responsibility to
02-05-2019 | Politics, Law & Society
Write Consult LLC
Presidential Draft Committee Forms for 2008 Challenger Daniel Imperato
Daniel Imperato, an individual who put in enormous effort into running back in the 2006-08 is receptive to the idea presented by prior supporters to consider another bid in 2020. For many years Imperato has empahsized that, “we need government by ‘we the people, for we the people’. The fact is that special interests and corporate lobbyists have taken over D.C. and every state capital. Any candidate that uses either of
Comments about openPR
Your portal is fast, simple, and easy to use. Others may have more functions but they also demand more editing time, you have to preformat the text in order to achieve a good result etc. I think openPR is really fantastic!
Andreas Knepper, wallmedien AG