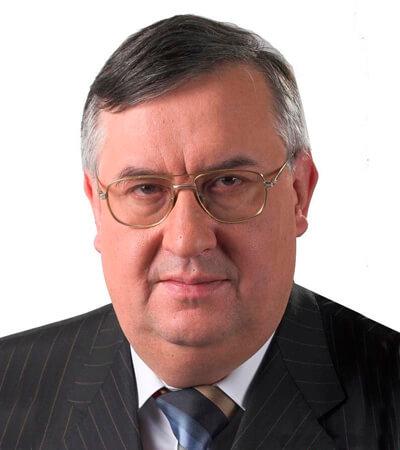 H.E. Prof. Sir Igor Eleferenko Ph.D. (Russian Federation) has been elected on 6th April 2020 as the Dean of Al-Khalifa Business School.Born on 23rd May 1958, in Moscow; in 1980 he graduated from Moscow State Pedagogical Institute named after M. Teresa.He has more than 40 years of experience as Associate Editor, Editor, Deputy Head of the APN Bureau in Havana, Deputy Editor-in-Chief, Editor-in-Chief of AVID APN, Editor-in-chief of TRK "TV-News" JSC "RIA"; Chief editor of the TV-News TV company RIA Novosti; Head of the Bureau of RIA Novosti in Argentina; Deputy General Director, General Director of CJSC Russian Channel - Worldwide Russian Television; Chief Editor of the Main Edition of Socio-Political Programs of the Directorate of Information, Socio-Political and Sports Programs of TV Center OJSC.He served as deputy chairman of the Moscow City Public Relations Committee, head of the department of public and political organizations until November 2010, Deputy of the Moscow City Duma of the fourth convocation, was a member of the United Russia faction, chairman of the Duma's commission on interethnic and interfaith relations, a member of the Duma's commissions on veteran affairs, culture and mass communications, the organization of the Duma's work, and a member of the joint commission Moscow City Duma and Moscow Regional Duma on the coordination of legislative activity.He serves as Professor of University Leon Tolstoi and MGIMO University.He is Advisor to the Minister of Culture of the Russian Federation, State Counselor and Colonel of the regular troops of the Cossacks.He is a member of the Union of Journalists of Moscow, and has been President for several years of the International Film Festival and the television "Radonezh".He is a member of the International Academy of Television and Radio. He is a member of many national and international academies and has received the highest decorations of the Russian Federation.He is the author of more than 1,000 publications in Russian and foreign press, more than 50 scientific articles and monographs and a multitude of documentary films.1-13-1-1407 Hamamatsucho, Minato-ku, Tokyo, Japan, 105-0013Al-Khalifa Business School llp.is an educational company founded in August of 2019 (United Kingdom) that offers Post-Graduate Level Higher Education, Cultural Education and Educational Support Services.AKBS is an associated University and Business School that has become one of the best companies for the future of online education, referenced in Forbes as "The global challenge for 21st-century online education".AKBS has the support of some of the best investors and UHNW of the World with headquarters in the Middle East and the United States of America.