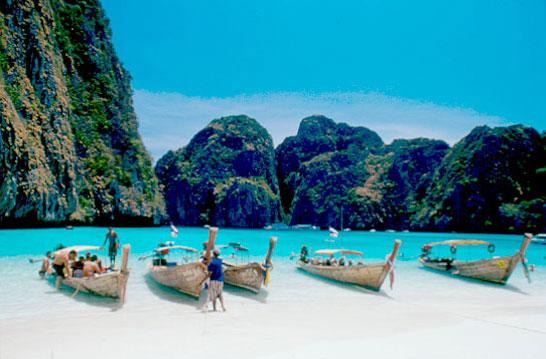 A surge in tourist arrivals at Phuket International Airport in 2011 has been welcomed by many of the Islands hotels. However long passenger queues caused by extra international arrivals have been cause for concern; what measures has the airport put in place to combat these problems?According to recent statistics from Phuket International Airport, the number of passengers at the airport had reached more than 5.6 million in the first eight months of 2011. In August this year, Phuket International Airport had received a total of 714,845 passenger arrivals and departures.International arrivals and departures had also increased by 34.13% as compared to last year while domestic travel had increased by 9.14%. With a strong growth expected for the Phuket tourism industry, more airlines had launched new direct flights to Phuket. International flights to Phuket have increased by 25.48% this year.Phuket's airport is the second-busiest in Thailand, and the original plan in 2008, was to expand the airport in stages, so that by 2018, it can handle 12.5 million passengers per year. Due to rapid growth in the number of tourist arrivals, expansion had to start earlier than planned. The first phase began in October 2009, and further work continued in 2011. The initial budget was 5.8 billion baht for the whole project. The current expansion work will be completed in 2013, at a cost of 516 million baht.As could be expected, the surge in tourist arrivals has meant that queues have become unbearably long, especially for international arrivals to Phuket International Airport. However measures have been put in place to combat this; according to a statement by the Superintendent of Phuket International Immigration, the shifts for officers have increased to 12 hours - from 8 hours - in order to cope with the increase in arrivals. The shift system means that platoons of immigration officers work two shifts of 12 hours, instead of three shifts of 8 hours.In a further attempt to shorten the duration that tourists have to stand in queues, the airport is making use of both foreign and local volunteers, who will help process applications and fill in forms, so that foreigners don't have to struggle or wait too long. Theoretically, if forms are filled in correctly the first time round, each passenger will only take up a minute of an officer's time, thus allowing 500 passengers to be processed in less than half an hour.More security staff have also been hired to speed up the luggage check-ins, and renovations have been done to accommodate the increased pedestrian traffic. The average number of planes that disembark, or take on passengers, is expected to be 168 per day for May 2011 to May 2012 - an increase of 12, 6 percent in comparison to the same period of 2010 to 2011.“The fast growing passenger traffic will create more demand for hotels in Phuket,” commented Chris Comer, CEO of Castlewood Group, a commercial real estate developer based in Singapore. “Tourists are attracted to the white sandy beaches, tropical climate and beautiful scenery in Phuket.”The 8over8 hotel, a project by Castlewood Group, will be situated in Phuket, near the beautiful Bang Tao Beach and Laguna Resort. It will be scheduled for completion by the first quarter of 2013.Castlewood Group are a commercial real estate company based in Singapore, they offer bespoke real estate solutions to investors. Their latest project, the 8over8 hotel in Phuket is Castlewood Groups first luxury hotel due for completion early 2013, with 8over8 hotels in Bali and Koh Samui to follow.Castlewood Group Pte Ltd Castlewood House, 26 Ann Siang Road, Singapore 069706 +6563030888 info@castlewoodgroup.com www.castlewoodgroup.com www.castlewoodhotelsandresorts.com

12-10-2011 | Industry, Real Estate & Constr …
Castlewood Group Pte Ltd
Strong Hotel Performance in Thailand during 2011
One of the fastest growing Thai holiday destinations is Phuket. Approximately five-million people visit this fascinating and picturesque Asian wonder annually, report Castlewood Group a leading commercial real estate company. Some of the best sandy beach resorts, night life and dining opportunities are to be found in Phuket. According to the Managing Director of STR Global, Elizabeth Randall, occupancy in the Asia-Pacific region in July 2011 had reported the highest monthly
11-07-2011 | Industry, Real Estate & Constr …
Castlewood Group Pte Ltd
Phuket: Still Going Strong despite Severe Weather Conditions in Other Areas of T …
The current flood situation in Bangkok has not affected Phuket. In fact, the tourism industry in Phuket is performing better than last year, according to Mr Bhuritt Maswongsa, Vice President of Marketing for Phuket Tourist Association (PTA). Resorts and hotels in Phuket have also reported strong bookings in November and December. The hotel occupancy rates in November and December 2011 are 75% and 90% respectively. Phuket is still doing well
10-07-2011 | Associations & Organizations
Castlewood Group Pte Ltd
Thailand Promotes Itself as New Luxury MICE Destination
The Thailand Convention and Exhibition Bureau (TCEB) are expecting 720,000 MICE (meetings, incentives, conventions and exhibitions) visitors to Thailand this year which will generate US $1.9 billion in revenue. Over the past two years, the MICE tourism in Thailand had grown tremendously. According to Akapol Sorasuchart, the President of TCEB, Thailand is now positioning itself as the new luxury MICE destination. This is due to the paradigm shift in the
08-18-2011 | Tourism, Cars, Traffic
Castlewood Group Pte Ltd
Phuket; Tourism Hub
According to the Tourism Authority of Thailand (TAT), international tourist arrivals in Thailand have jumped by 24.36% to 8.2 million. They were mainly from the United States, Russia, India, China and Japan. The TAT also reports that revenue generated by tourism will reach 600 billion baht by the end of the year. They will soon be increasing their marketing efforts to target European first-time visitors, particularly from the United

08-18-2011 | Tourism, Cars, Traffic
Castlewood Group Pte Ltd
Phuket; Tourism Hub
According to the Tourism Authority of Thailand (TAT), international tourist arrivals in Thailand have jumped by 24.36% to 8.2 million. They were mainly from the United States, Russia, India, China and Japan. The TAT also reports that revenue generated by tourism will reach 600 billion baht by the end of the year. They will soon be increasing their marketing efforts to target European first-time visitors, particularly from the United
07-18-2011 | Media & Telecommunications
Phuket Ocean Villas Co. Ltd.
HD TV comes to Phuket, Thailand
Phuket, Thailand: TrueVisions, the main satellite and cable TV operator in Thailand, has announced it will finally be rolling out its high definition (HD) TV service in Phuket. In 2007 TrueVisions first revealed it was testing HD TV. The initial test run included; Barclay's Premier League HD, Discovery HD, National Geographic Channel HD, History Channel HD, and some HD programs on True Series. However, since then progress has been slow. Finally, in
01-31-2011 | Tourism, Cars, Traffic
Phuket Ocean Villas Co. Ltd.
Phuket, Thailand arrivals hit all time high
Phuket, Thailand: According to a recent report by C9 Hotelworks, 2010 was a record breaking year for tourist arrivals on the island of Phuket, Thailand. The 2010 Phuket Hotel Market Report revealed that Phuket International Airport saw three and a half million arrivals last year; an increase of twenty-two percent over 2009. Arrivals from Russia and China showed the strongest growth due to the introduction of new direct flights to Phuket. To
12-30-2010 | Leisure, Entertainment, Miscel …
Phuket Ocean Villas Co. Ltd.
Asia Super Yacht Rendezvous Phuket 2010
Phuket, Thailand: A fleet of super yachts has arrived in Phuket for the annual Asia Super Yacht Rendezvous - an event which plays host to yachts from all over the world. The yachts initially congregate at the Royal Phuket Yacht Club in Nai Harn Beach on Phuket's south west coast and then travel north to Pansea Beach, near Surin. Leading the fleet is the worlds' fastest traditionally powered super yacht; the seventy
12-30-2010 | Leisure, Entertainment, Miscel …
Pacific-Club-Phuket.com
Pacific Club Phuket – Name Says Everything about Phuket Accommodation
Staying in a good hotel or in a resort embedded with luxuries and comforts is one of the most aspiring hope and whims of every travelers visiting a place of historical importance for enjoying a holiday or a vacation. Such a visit or break from their daily routine life can either be a short trip or even a vacation. But all such aspects and factors are primarily focused on recreational
12-28-2010 | Fashion, Lifestyle, Trends
Phuket Ocean Villas Co. Ltd.
Christmas in Phuket
Phuket, Thailand: Thailand is a 95% Buddhist country so Christmas is not a festival that officially appears in the Thai calendar, but with a large ex-pat community and Thais who love an excuse to have fun, Christmas is celebrated in fine spirit every year - especially in Phuket. In fact, they started playing Christmas carols in Phuket’s Tesco on 19th November which took me by surprise. Then I noticed the frozen
Comments about openPR
We publish our press releases on openPR.de because we like people who are "open" - just like us.
Frank Obels, CEO, INCONET - Informationssysteme, Communication und Netzwerkberatung GmbH