Strong Hotel Performance in Thailand during 2011 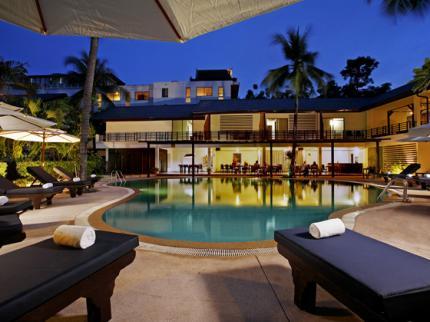 One of the fastest growing Thai holiday destinations is Phuket. Approximately five-million people visit this fascinating and picturesque Asian wonder annually, report Castlewood Group a leading commercial real estate company. Some of the best sandy beach resorts, night life and dining opportunities are to be found in Phuket. According to the Managing Director of STR Global, Elizabeth Randall, occupancy in the Asia-Pacific region in July 2011 had reported the highest monthly occupancy for 2011 so far. Hotel occupancy in the Asia-Pacific region had increased by 1.4% to 69.3%. The positive results were contributed to by key market performers such as Thailand and Hong Kong. In July 2011, Phuket had experienced the highest increase in occupancy level, with a 30.1% increase to 71%, while the occupancy in Bangkok had increased by 29.8% to 67.9%. “The number of international tourists travelling to Thailand is on the rise and that helps to boost the demand for hotels in Phuket and Bangkok,” commented Jarrat Beaumont, Group Sales Director of Castlewood Group, a commercial real estate developer based in Singapore. The 8over8 hotel, a project by Castlewood Group, will be situated in Phuket, near the beautiful Bang Tao Beach and Laguna Resort. It will be scheduled for completion by the first quarter of 2013. This area offers a lot of interest and fun for travellers with wonderful examples of traditional and modern architecture and vast stretches of tranquil, beautiful, sandy beach. The Bang Tao Beach is about four miles long and is really very quiet and peaceful because there is not a public road for access. For this reason, it is used mostly by people staying at the fine hotels that surround it. Once in a great while, high waves are present, but when they are, red warning flags are put in place to warn swimmers. Visitors can enjoy a number of interesting activities at Bang Tao Beach. From November to April visitors can participate in waterskiing, paragliding or jet-skiing. Surfing is also available from November to April when there is more wave activity. At the south end of the beach, waves can be as high as three meters. Toward the middle of the beach the waves are milder. At the north end of the beach, there are much bigger waves, and conditions are windy, as well as being unpredictable due to shifting sandbanks. However, the surfing conditions are good for experienced surfers. Additional Attractions & Activities Many visitors enjoy horseback riding on the beach in the cool of the early evening. Horses can be rented at the Bang Tao Riding Club. Local restaurants near the beach include the Lotus restaurant, which is within walking distance of Bang Tao Beach. This traditional restaurant serves very fine seafood and Thai food. Visitors to Bang Tao Beach, will find a number of friendly vendors who sell tasty local treats and drinks. Proper beach clothing can also be purchased and local tours arranged. Castlewood provides a product and a service, something that is rare in most markets, and was new to Dubai and the United Arab Emirates (U.A.E). Castlewood researched, found and acquired plots of land in desirable locations. Along with a team of architects, designers and marketing personnel Castlewood had project design concepts and marketing programs prepared for the land and then Castlewood proceeded to re-sell the project in its entirety. Castlewood Group Pte Ltd Castlewood House, 26 Ann Siang Road, Singapore 069706 Tel: +65 6303 0888 Fax:+65 6303 0889 Email: info@castlewoodgroup.com http://www.castlewoodgroup.com

12-22-2011 | Tourism, Cars, Traffic
Castlewood Group Pte Ltd
Increasing Tourist Arrivals to Phuket
A surge in tourist arrivals at Phuket International Airport in 2011 has been welcomed by many of the Islands hotels. However long passenger queues caused by extra international arrivals have been cause for concern; what measures has the airport put in place to combat these problems? According to recent statistics from Phuket International Airport, the number of passengers at the airport had reached more than 5.6 million in the first eight
11-07-2011 | Industry, Real Estate & Constr …
Castlewood Group Pte Ltd
Phuket: Still Going Strong despite Severe Weather Conditions in Other Areas of T …
The current flood situation in Bangkok has not affected Phuket. In fact, the tourism industry in Phuket is performing better than last year, according to Mr Bhuritt Maswongsa, Vice President of Marketing for Phuket Tourist Association (PTA). Resorts and hotels in Phuket have also reported strong bookings in November and December. The hotel occupancy rates in November and December 2011 are 75% and 90% respectively. Phuket is still doing well
10-07-2011 | Associations & Organizations
Castlewood Group Pte Ltd
Thailand Promotes Itself as New Luxury MICE Destination
The Thailand Convention and Exhibition Bureau (TCEB) are expecting 720,000 MICE (meetings, incentives, conventions and exhibitions) visitors to Thailand this year which will generate US $1.9 billion in revenue. Over the past two years, the MICE tourism in Thailand had grown tremendously. According to Akapol Sorasuchart, the President of TCEB, Thailand is now positioning itself as the new luxury MICE destination. This is due to the paradigm shift in the
08-18-2011 | Tourism, Cars, Traffic
Castlewood Group Pte Ltd
Phuket; Tourism Hub
According to the Tourism Authority of Thailand (TAT), international tourist arrivals in Thailand have jumped by 24.36% to 8.2 million. They were mainly from the United States, Russia, India, China and Japan. The TAT also reports that revenue generated by tourism will reach 600 billion baht by the end of the year. They will soon be increasing their marketing efforts to target European first-time visitors, particularly from the United

11-26-2018 | Tourism, Cars, Traffic
White Rann Resort
Rann Utsav is back with a bang!
Rann Utsav, the eccentric desert carnival of Kutch, is all set to amaze the tourists with its vibrant colors of culture & traditions and breathtaking terrain of White Rann from 1st November, 2018 to 28th February, 2019. The region turns into an oasis of domestic and foreign tourists during Rann Utsav Festival organized by Gujarat Tourism every year during winters. Thousands of tourists flock to the region to witness the
11-15-2018 | Advertising, Media Consulting, …
The Research Insights
THE RESEARCH INSIGHTS ARE HERE TO CREATE A BANG THROUGH THEIR MARKET RESEARCH SE …
Market research is the process of gauging the viability of a new product or service through research that is directly conducted with the consumer. This effective practice allows an organization to discover the target market and record other inputs and opinions from consumers regarding their interest in the product. If we break down the purpose of market research reports - it helps to examine the market allied with a particular
07-10-2018 | Industry, Real Estate & Constr …
Manies Construction
Which Home Improvements Give Your More Bang for Your Buck?
You might be surprised which ones give you a higher ROI per HGTV. They list 15 home improvements in order of best investment. We always recommend making these improvements when the home owner themselves will be able to enjoy the updates. There usually isn’t a need to make major changes just to sell your property, especially when you don’t know if your tastes will be the same as
10-12-2017 | Leisure, Entertainment, Miscel …
Motorbikes India
Motorbikes India Is Coming to IBW with a Big Bang!
Attention bikers! Motorbikes India will be a part of the Indian Bike Week 2017, but not alone. Gurgaon, Haryana – Motorbikes India (MI). One of the most famous and popular online magazines amongst biking enthusiasts, Motorbikes India, will be a part of the much awaited India Bike Week (IBW) 2017 celebrations in Goa on the 24th and the 25th of November this year. Motorbikes India has never failed to surprise Indian
12-18-2011 | Business, Economy, Finances, B …
Leverage G&A Resources
Leverage G&A Resources Starts Off with a Bang
Irving, TX, August 14, 2011 -- Leverage G&A Resources announces its brand new company already has two clients in their first month of opening. Backed by a prestigious company located in Irving, TX, Leverage G&A was able to start off with a bang in the billing outsourcing industry. Working hand and hand with its clients, Leverage G&A is able to develop an efficient Accounts Payable and Accounts Receivable process that
11-29-2010 | IT, New Media & Software
Faceposse
New Social Network Launches with a Bang
It is almost impossible to go anywhere or talk to anyone these days who is not involved in a social network of some sort, however until now it has been almost impossible to use these networks to connect specifically with people who closely share your interests. The web has recently erupted with a wave of UK internet users flocking to a new highly anticipated Social Network. Bloggers are saying that
Comments about openPR
Your portal is fast, simple, and easy to use. Others may have more functions but they also demand more editing time, you have to preformat the text in order to achieve a good result etc. I think openPR is really fantastic!
Andreas Knepper, wallmedien AG