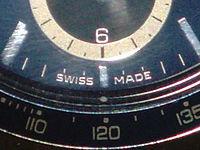 Even the Swiss are weakening their currency!

The US stock market hit a peak this year on April 29th, and we have not seen stocks that high since then. Behind much of the stock market’s volatility, at the end of August, are two different investment approaches. One group of investment managers believes that a lack of economic stimulus by governments around the world will lead to a severe recession. They sold on Friday when Ben Bernanke announced that the Federal Reserve would not adopt any new stimulus measures. Their selling led to buying by a second group who see that blue chip yields are very high relative to treasury yields.I compare the government’s decision to print money and go into more debt, akin to pouring gasoline on a raging fire. Or maybe stabbing a bleeding person with a knife. How can taking on debt, possibly improve and already poor financial situation? I believe that US stocks will see a magnificent drop between now and 2016. I don’t know an exact month or year it will happen but I do believe it is coming because of the historical over valuation of the US stock market. Fundamentals rule long term and technicals are more important for short term moves, in my opinion.Interest Rates I do expect interest rates to go up soon. The fear in August drove bonds up and interest rates down, but in the last quarter of this year I expect interest rates to move up…kind of like they did last year. This run up in bond prices is related to emotional fear and not the short term technical or long term fundamentals. Gold On July 1st, gold started going up even faster than its usual pace, going up 23% from July 1st to August 30th! September is usually gold’s best month of the year, so get ready. It could be quite a rise up for this beautiful metal this month. However, with gold rising so fast I am wondering if we are in the final parabolic move up, during this bull market, before the crash. I remember when I expressed caution about the real estate bull, people thought I was crazy. I remember telling people in 2001 that I recommended gold to my clients, they thought I was crazy. Now, any mention of gold going down and especially crashing sounds like “idiotic talk” to the average American investor. US Dollar Since January 4th of this year, I have recommended that my clients be short the US Dollar Index or in foreign currencies. That position has worked out nicely with the US dollar being down about 8.2% from January 4th through August 30th. The US dollar closed slightly lower, on August 26th, and at a new low for this decline. The low was not decisive enough to be considered as a break of the lows, but the direction remains the same and this is to the downside. The potential for a substantial break below the lows remains. I continue to hold the bearish dollar position, for now, in my clients’ accounts. The weakening of our worshipped currency against the other currencies of the world is exactly what the government is trying to do. There is this new economic thinking that a country should weaken its currency to increase exports, which will lead to a strong and healthy economy. After all, this is how the Chinese got out of their recession/depression. “If it feels good, do it” is what that sounds like to me. So basically the governments of the world are in a contest to see who can best devalue their currency: • August 3rd - The Swiss National Bank unexpectedly cut interest rates to “as close to zero as possible.” Swiss bankers said they would increase the supply of francs to money markets to curb their “massively overvalued” currency. • August 4th - The Bank of Japan (BOJ) intervenes once again to push down the strong yen’s value by selling yen and buying dollars. • August 9th – The U.S. Federal Reserve announced it would keep interest rates low through mid-2013.I never thought I would see countries like the USA, Japan, and Switzerland behaving like the Brazilian governments of the 80s and 90s. The best thing Switzerland has going for it is its strong currency, now they want to weaken it to sell more chocolate and watches? Get a clue!Eleven Two Fund Management is a financial planning and investment advisory firm that gives counsel from a Biblical worldview to clients in 16 states all over the US.We are a fee-only firm and act as fiduciaries to our clients, meaning we put our clients interest above all others. We do not push funds that will pay us a good commission. We provide prompt high touch service to our clients and active management of their accounts.Corporate Vision: To expand God’s Kingdom and His influence by the way we treat our clients and the advice that we give.ETFM is a Registered Investment Advisor (RIA) and has clients in approximately 16 different states.At ETFM, our mission is to provide personalized investment advice and coordinated financial planning that allows our clients to pursue what is most important to them. Thomas Cloud, Jr., president of ETFM, understands that every client has unique needs.Eleven Two Fund Management 3162 Johnson Ferry Road #260-27 Marietta, GA 30062Phone: 770.971.2888 Toll Free: 800.917.5016 Fax: 770.804.2076

10-14-2011 | Business, Economy, Finances, B …
Eleven Two Fund Management
The Gold Bull Market-Is it Bull?
The gold bull market is in full force. How long it will continue I have no earthly idea. This gold bull market very much reminds me of the real estate bull market. I have a difficult time recalling all the conversations I had during the technology bull market that ended in March of 2000. But I can certainly remember all of the attitudes and all of the people and
09-23-2011 | Business, Economy, Finances, B …
Eleven Two Fund Management
Giving, Saving, Investing
Luke 3:11 - And he would answer and say to them, “The man who has two tunics is to share with him who has none; and he who has food is to do likewise.” Going back to God’s word can often be challenging. And when I read these verses on giving, I feel my faith being challenged. Why did Jesus tell us to do such things? It’s easy for Him to
03-11-2011 | Business, Economy, Finances, B …
Eleven Two Fund Management
Jittery Joe's and Patient Patty's...Biggest Investing Mistakes Revealed
I just wanted to review some of my thoughts about short term tracking of investment strategies. One of the biggest mistakes I see my clients make is to switch strategies after a few months when their accounts go down. I have witnessed this for years. Then inevitably, right after they switch investment strategies (with me) the investment strategy they just left starts to go up and the investment strategy they
03-04-2011 | Business, Economy, Finances, B …
Eleven Two Fund Management
Is the U.S. Heading for the next "Roaring 20's" or "Great Depression"?
The average 12 month CD is paying .75%. I just looked at 2 year corporate bond yields and the best I could find was 2.4%. Right now, fixed income investors are really seeing their interest payments go down. The US government bond crashed (interest rates went up) in the 4th quarter of 2010 but it didn’t cause interest rates to go up for CDs and corporates. With commodities up 28.9%