Is the U.S. Heading for the next "Roaring 20's" or "Great Depression"? 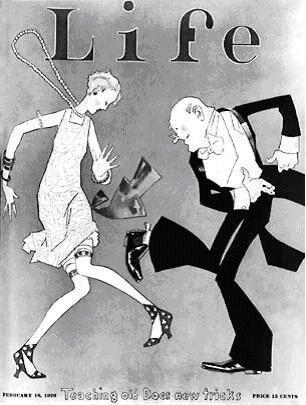 Did we learn our history lesson?

The average 12 month CD is paying .75%. I just looked at 2 year corporate bond yields and the best I could find was 2.4%. Right now, fixed income investors are really seeing their interest payments go down. The US government bond crashed (interest rates went up) in the 4th quarter of 2010 but it didn’t cause interest rates to go up for CDs and corporates. With commodities up 28.9% over the last 12 months this kind of trend does not bode well for fixed income investors. Now, if interest rates would start going up then that would eventually give fixed income investors some relief.I recently read an interesting research article about how the US government handled the 1920-1921 depression. During this depression the US government did the exact opposite of what it is doing today. During the 1920-1921 depression the US had the following going on: • High inflation (20%) • High debt • Unemployment rate of 11.7% at its worstTo counter act the above economic problems the US government did the following: • Raised the discount rate to a record 7% by June of 1920 • Reduced its spending by 65% from 1919 to 1920 from $18 billion to $6 billion. By 1922 the US government budget had dropped to a little over $3 billion.The US Government was obviously tight with their monetary policy during the 1920 depression. Can you imagine the government taking this stance during our current recession? So what happened in the US after these government moves?: • The CPI fell 16% from June of 1920 until June of 1921. Awesome! • Unemployment fell to 6.7% within 1 year and was down to 2.4% by 1923. • Roaring Twenties – best economic decade ever!It makes perfect sense, what the government did during the 1920 depression. It follows Biblical wisdom. If you are in financial trouble you don’t spend and borrow more and print money out of thin air. In fact, that is probably the worst thing a government can do. But during the Great Depression the government did exactly that and here is what happened: • Deflation only reached 11%, unlike the wonderfully healthy 16% from the 1920 depression. • Unemployment went to 25% • Worst economic decade in the history of America.During the Great Depression the US government took a very loose monetary stance with money supply much like they are doing now. What are some aspects of today’s economic environment here in the US? • Mortgage debt is reported to be 5 times the level of 20 years ago today. But home prices are only about 2 times the value they were, on average, in 1989. • Shadow Stats has real unemployment at 22%. • The Dow is down 80%, in gold terms, since 1999. • The S&P 500 is lower than it was in March of 2000. 11 years = 0%. • Yet optimism toward the US stock market is staggering as the dividend yield for the S&P 500 is only 1.76%. This is near historic lows.God only knows exactly what will happen in this country following this last recession. The government’s actions have been less than wise but the LORD is exceedingly gracious and merciful. We may have a terrible decade like the 1930s. We may have 2 awful decades like the Japanese. It is doubtful that we will experience a time like the roaring twenties because we have not dealt with the current economic problems wisely and prudently, as we did in 1920. This is why I continue to recommend avoiding a buy and hold investing strategy of US stocks.Eleven Two Fund Management is a financial planning and investment advisory firm that gives counsel from a Biblical worldview to clients in 16 states all over the US.We are a fee-only firm and act as fiduciaries to our clients, meaning we put our clients interest above all others. We do not push funds that will pay us a good commission. We provide prompt high touch service to our clients and active management of their accounts.Corporate Vision: To expand God’s Kingdom and His influence by the way we treat our clients and the advice that we give.ETFM is a Registered Investment Advisor (RIA) and has clients in approximately 16 different states.At ETFM, our mission is to provide personalized investment advice and coordinated financial planning that allows our clients to pursue what is most important to them. Thomas Cloud, Jr., president of ETFM, understands that every client has unique needs.Eleven Two Fund Management 3162 Johnson Ferry Road #260-27 Marietta, GA 30062Toll Free: 800.917.5016

You can edit or delete your press release Is the U.S. Heading for the next "Roaring 20's" or "Great Depression"? here

10-14-2011 | Business, Economy, Finances, B …
Eleven Two Fund Management
The Gold Bull Market-Is it Bull?
The gold bull market is in full force. How long it will continue I have no earthly idea. This gold bull market very much reminds me of the real estate bull market. I have a difficult time recalling all the conversations I had during the technology bull market that ended in March of 2000. But I can certainly remember all of the attitudes and all of the people and
09-23-2011 | Business, Economy, Finances, B …
Eleven Two Fund Management
Giving, Saving, Investing
Luke 3:11 - And he would answer and say to them, “The man who has two tunics is to share with him who has none; and he who has food is to do likewise.” Going back to God’s word can often be challenging. And when I read these verses on giving, I feel my faith being challenged. Why did Jesus tell us to do such things? It’s easy for Him to
09-09-2011 | Business, Economy, Finances, B …
Eleven Two Fund Management
Investing Notes Sept 2011-Treacherous Waters Ahead
The US stock market hit a peak this year on April 29th, and we have not seen stocks that high since then. Behind much of the stock market’s volatility, at the end of August, are two different investment approaches. One group of investment managers believes that a lack of economic stimulus by governments around the world will lead to a severe recession. They sold on Friday when Ben Bernanke announced
03-11-2011 | Business, Economy, Finances, B …
Eleven Two Fund Management
Jittery Joe's and Patient Patty's...Biggest Investing Mistakes Revealed
I just wanted to review some of my thoughts about short term tracking of investment strategies. One of the biggest mistakes I see my clients make is to switch strategies after a few months when their accounts go down. I have witnessed this for years. Then inevitably, right after they switch investment strategies (with me) the investment strategy they just left starts to go up and the investment strategy they

05-27-2020 | IT, New Media & Software
JOULEBOOK INC
Turn Unemployment to Self-Employment with Joulebook
FOR IMMEDIATE RELEASE: May 26, 2020 Joulebook Inc. www.joulebook.com (609)-388-8369 joulebook@joulebook.com Turn Unemployment to Self-Employment with Joulebook The USA premier marketplace for skills launches its services Medford, New Jersey: May 26, 2020 -- Today, Joulebook announced the release of their revolutionary skill marketplace across the USA. The company's target is to become the next version of social media where people cheer, share, give and get opportunities for jobs, skills and personal growth to others. Joulebook skill
05-14-2019 | Politics, Law & Society
Dr. Larry Kawa
Larry Kawa Analysis on Veteran Unemployment Rate Falling to 2.3%
One of the most important obligations our country has to its people is to take care of those who take care of our freedom, namely our veterans. For too long, veterans have given of themselves freely to our nation, only to find that there is little to come home to in the way of jobs, and a stable life. According to the May 3, 2019 report of the
03-09-2012 | Business, Economy, Finances, B …
Hound
Reduced Unemployment Only Possible With Economic Growth
March 7, 2012 - Pasadena, CA - Even though job numbers have been on the rise in recent months, people are still hurting and unemployment is still a real problem. In fact, Ben Bernake, the Federal Reserve Chairman, recently noted that the unemployment rate wouldn't continue to drop unless new jobs were created and more companies hired employees. While many companies are afraid of taking the risk, others just can't
03-08-2012 | Business, Economy, Finances, B …
employmentresearchinstitute
Despite Reduced Unemployment Rate, Job Site Offers Additional Opportunities
March 7, 2012 - Pasadena, CA - Some good news came from the economy last week as it was reported by the Labor Department that unemployment dropped to the lowest it's been in four years. And while this is positive for people looking for work as a whole, it's still advantageous to have leads or "ins" to find open positions. EmploymentCrossing.com offers precisely this kind of lead for those seeking
02-17-2012 | Business, Economy, Finances, B …
Profit Confidential
The Real Story Behind the Unemployment Numbers; Profit Confidential Investigates
The Bureau of Labor Statistics reported that the U.S. created 243,000 jobs in January 2012, causing the unemployment rate to fall to a level not seen since February 2009: 8.3%. According to Michael Lombardi, lead contributor to popular financial newsletter Profit Confidential, the drop in the unemployment rate was aided significantly by the fact that many Americans have simply given up looking for work. Those who have stopped looking for
05-26-2011 | Politics, Law & Society
Presseabteilung Taipeh Vertretung
Taiwan’s April unemployment rate drops to 4.29 percent
By Meg Chang Taiwan’s jobless rate fell 1.1 percentage points year on year to 4.29 percent in April, its lowest level since October 2008, according to the Directorate-General of Budget, Accounting and Statistics May 23. “This improvement can be partly attributed to the seasonal effect,” said Chen Min, deputy director of the DGBAS Fourth Department. “Taiwan’s lowest unemployment rate tends to occur in either April or at the end of the
Comments about openPR
9 o'clock: discuss press release with client, 10 o'clock: submit release to openPR, within the briefest possible time release is published and displayed in a prominent place on openPR.de. I am thrilled!
Zehra Spindler, Calypso Now! - Communication Agency