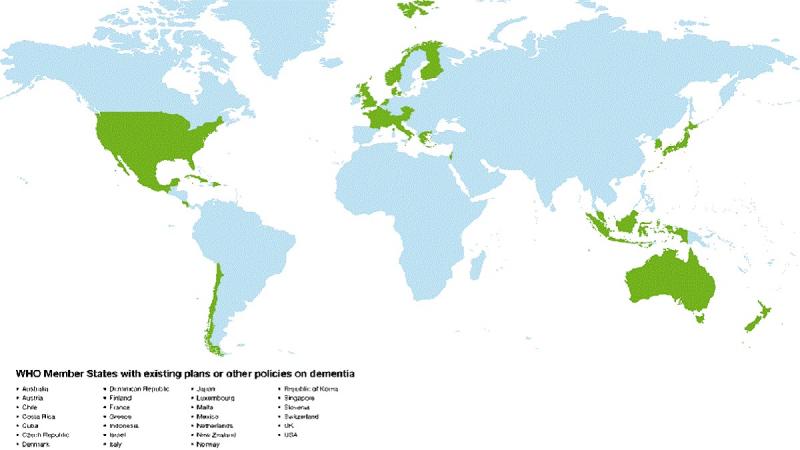 It is estimated that about 50% of dementia patients do not receive a formal diagnosis. And when the diagnosis is made, it often happens at a time when the disease is well advanced and brain damages are irreversible. A major reason for this is that systematic dementia screening and prevention programmes are not yet ready for implementation as large-scale public health interventions. A key reason for this is the desire for conclusive controlled clinical studies to confirm efficacy. It is important to point out that a recent "Annals of Internal Medicine" article did not find substantial evidence for or against screening for cognitive impairment. Rather, it found that there was no evidence available at all (i.e., no relevant studies) based on its inclusion criteria.However, in countries with national dementia plans, a decline in age-specific dementia incidence or prevalence has been reported, e.g. in the US, the UK, and/or the Netherlands (see picture).And numerous historic examples exist in which public health interventions have reduced disease incidence before the disease process has been fully understood—e.g., hand-washing reducing puerperal fever, clean water eliminating cholera, or banishing rats in the fight against leprosy.Therefore, there are more and more voices advocating early detection of dementia, for example on the website of the German Federal Ministry of Science and Research: "Even today, early detection makes sense. We know that physical activity and memory training can slow down Alzheimer's disease, but only in its early stages. We also have drugs that delay the disease process. Obviously, the sooner they are taken, the more effective they are. In order to ensure that patients have a good quality of life for a long time through lifestyle changes, mental training and medication, it is necessary to diagnose the disease as early as possible". (www.gesundheitsforschung-bmbf.de/de/alzheimer-fruherkennung-ist-heute-schon-sinnvoll-3067.php)Preventing or delaying the onset of dementia is therefore a priority for all of us, and for public health. The results of studies that are naturally relatively short and involve fewer people have so far been disappointing, and many pharmaceutical companies have stopped further research and drug development. At the same time, the results of risk factor changes have been very encouraging for whole populations and/or high-risk groups. They show that a substantial proportion of dementia can be delayed or prevented with (almost) cost-free measures that everyone can take. These measures also have a positive effect on other health aspects, such as cardiovascular risk, overweight, diabetes, loneliness, depression, sleep disorders and/or infectious diseases.Dr. med. Sebastian Horn Friedrichstr. 67 10117 Berlin Germanywww.demenz-test.comDST is a group of physicians and IT experts with the vision to change dementia.

You can edit or delete your press release Dementia screening and prevention – hope or hype? here