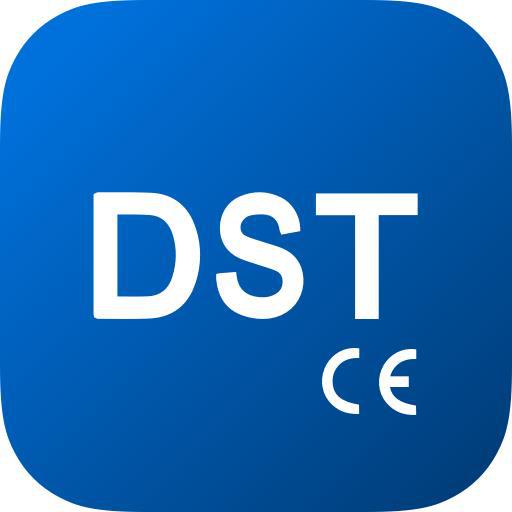 The DST is available on Apple, Google, Amazon appstores.

- The DST (Dementia Screening Test) App has been recognized by Health Authorities as a Medical Device. - Early Dementia stages are reliably detected, before the brain damages become irreversible. - Sensitivity above 96%, significantly higher than with the established tests (e.g., MMSE 71%). Dementia is a rapidly increasing social problem of a rapidly aging society. Because until today, there is no effective therapy for advanced stages of dementia. Therefore, effective screening concepts are needed, to detect early stages reliably across the population, and to start treatment before the brain damages become irreversible.Demand for Dementia Screening Tests has increased significantly in recent years, as the focus of dementia research has changed from diagnosis and treatment at the clinically symptomatic stage, to pre-symptomatic neuroprotective therapies. Dementia should no longer be regarded as a disease of the elderly, but as one of middle-aged people which is clinically quiet for a long time. 1)To detect the disease at this early stage, special sensitive tests are necessary, which are also widely used without any suspicion, to have an impact at population level as well as at an individual level. The classical questionnaire-based self-assessments are not very suitable, because they identify the disease only with existing symptoms and thus generally too late.A group of physicians has therefore developed a simple, validated, and easily accessible Dementia test - the DST (Dementia Screening Test - www.demenz-test.com). The reliability of the test results especially in the asymptomatic pre-dementia stage has been proven by clinical studies. The test has therefore been recognized as a medical device by the competent authorities, including the EU, Switzerland, Iceland, Norway, Liechtenstein, Canada and Australia.1) The Lancet Commission for Dementia prevention, intervention, and care (2017) 390: 2673–734: Dementia prevention, intervention, and careChanging Dementia - that is the vision of the DST. The DST was developed by a group of physicians to reliably detect early stages of Dementia, as a basis for treatment before obvious symptoms develop.Dr. med. Sebastian Horn Friedrichstr. 67 10117 Berlin, Germanywww.demenz-test.com

12-19-2019 | Health & Medicine
DST
Dementia screening and prevention – hope or hype?
It is estimated that about 50% of dementia patients do not receive a formal diagnosis. And when the diagnosis is made, it often happens at a time when the disease is well advanced and brain damages are irreversible. A major reason for this is that systematic dementia screening and prevention programmes are not yet ready for implementation as large-scale public health interventions. A key reason for this is the desire
07-10-2019 | Health & Medicine
DST
Dementia begins in the mid-40s - early detection crucial
We know today that those who will probably be demented in 15 to 20 years are already experiencing their first brain changes today. In other words, in many people it is already clear at the age of 40 to 50 whether they start to develop dementia. Fortunately, our brain can compensate individual deficits so well for 15 to 20 years that the affected person and the environment do not notice
02-11-2019 | Health & Medicine
DST
Dementia test predicts disease 18 years before symptoms
• Multi-dimensional cognitive tests detect restrictions at least 18 years prior to clinical Dementia symptoms. • Good therapy options exist for this pre-symptomatic phase. It has been known for several years that cognitive tests can "predict" dementia 10-12 years prior to clinical symptoms - or more precisely: they can recognize initial limitations in people who are not clinically conspicuous / symptomatic in everyday life, but who are later diagnosed with dementia. The
12-11-2018 | Health & Medicine
DST
New App detects dementia risks early
• The App is certified as a Medical Device. • Early stages are reliably detected, before the brain damage becomes irreversible. • Sensitivity above 96%, significantly higher than with the established tests (e.g., MMSE 71%). • Now available for free during pre-launch. Dementia is a rapidly increasing social problem of a rapidly aging society. Because until today there is no effective therapy for advanced stages of dementia. Therefore, effective screening tests are needed to detect early stages