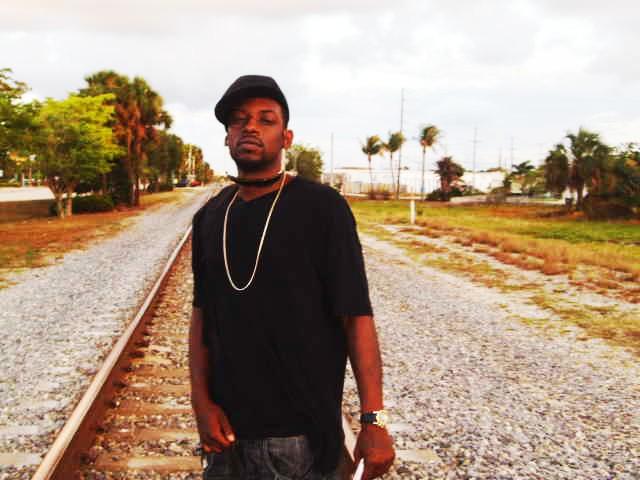 The Acclaimed Underground Hip Hop Artist and CEO Of A.N.B.O.S. Music & Entertainment Will Be Releasing His Latest EP ‘I’m From Mississippi’ In July 2011.J. Skillz is an acclaimed artist/producer from Carthage, Mississippi and also the founder and C.E.O. of A.N.B.O.S. Music & Entertainment, an independent label based out of Jackson, MS. The Mississippi rapper has been a very active figure on the underground hip hop scene since 2006, receiving much attention for both his skills as a rapper as well as a producer. J. Skillz’s rapping career began at the age of 15 when he began performing at house parties and free styling with childhood friends. At age 18, he started learning how to make his own beats, and began producing for other Mississippi based artists. In 2004 J. Skillz formed the group ‘Flatline Foot Soldiers’ with fellow Mississippi rappers Ceno, Jackball G., Hollow Tip, and Slugg G. By age 21, J. Skillz was running a recording studio in West Jackson, MS where he was signed by Deep South Productions and as an artist/producer. Despite his street single "Boppaz” feat. J.Cutta, & Platinum C gaining strong interest, the album was never released due to unforeseen label circumstances. The Mississippi rapper later decided to start his own label, A.N.B.O.S Music & Entertainment, and began releasing a series of mixtapes which reached many fans across the US, with one selling over 5,000 copies. J. Skillz has produced no less than three of the most talked about singles to come out of Mississippi in recent years with "I Just Wanna Talk 2 U" by Smacka Batch, "Paper Chasers" by Treasure Troll, and "Showin Out" by Rah Fontaine. His own single "Haccuna Matata feat. 3d, & Reece$Money" from the "I'm Gon Shyne" mixtape was placed into heavy rotation on Hot 97.7 in Jackson, MS. J. Skillz who has recently renamed himself "J.Skillz The King" to avoid confusion with other artists using the name ‘J.Skillz’, has been recording his official E.P, ‘I’m from Mississippi’ which will be released in July 2011 on Expat Records. Jeff Libby CEO of Expat Records comments “I’m from Mississippi is an instant southern classic, which deserves to firmly put J. Skillz and Mississippi on the Hip Hop Map. With a variety of styles and incredible production, it will give fans a good idea of what they can expect from the forthcoming J.Skillz The King album due out later in 2011”.Mississippi rapper, J. Skillz The King, is part of the Expat Records roster, which includes Dylan Dilinjah, (star of MTV’s Making The Band) and Nickelodeon actress, Angelique ‘Alizay’ Bates. Useful Artist Linkswww.expat-records.com/jskillz www.reverbnation.com/jskillzthekingExpat Records is a label and music publishing company representing artists worldwide. Expat is unique in its creation and creative use of advanced software systems and web 2.0 technologies to market and promote its artists.For more information please visit: www.Expat-Records.com http://musicians.about.com/od/recordlabelinterviews/a/Interview-With-Jeff-Libby-Of-Expat-Records.htm http://www.facebook.com/pages/Expat-Records/360325648490 http://twitter.com/ExpatRecords2885 Stanford Ave 12566 Grandville MI 49418

10-16-2018 | Business, Economy, Finances, B …
Report Hive Research
Global Lime Market | Analysis Covers Top Key Manufacturers- Graymont, Lhoist, US …
Lime is a general term for various naturally occurring minerals and materials derived from them in which carbonates, oxides and hydroxides of calcium predominate. Global Lime Market peaks the detailed analysis of industry share, growth factors, development trends, size, majors manufacturers and 2023 forecast. The report also analyze innovative business strategies, value added factors and business opportunities. The Lime Market report introduces market competition situation among the vendors and company profile,
08-25-2018 | Industry, Real Estate & Constr …
Up Market Research (UMR)
Calcium Oxide Market Analysis Report By Key Players- Graymont, Lhoist, Mississip …
UpMarketResearch offers a latest published report on “Global Calcium Oxide Market Industry Analysis and Forecast 2018-2025” delivering key insights and providing a competitive advantage to clients through a detailed report. The report contains 108 pages which highly exhibits on current market analysis scenario, upcoming as well as future opportunities, revenue growth, pricing and profitability. Get Free Sample Report@ https://www.upmarketresearch.com/home/requested_sample/6455 The report begins with the overview of the Calcium Oxide
11-28-2016 | Arts & Culture
Mississippi Contemporary Art Center
Mississippi Contemporary Art Center Presents First Exhibition In Jackson, MS
JACKSON, MS – November 26, 2016 – The Mississippi Contemporary Art Center, (MCAC), will open with its inaugural exhibition, “Start the Fire,” with works by local artist, T.J. Legler on December 2, 2016. Presented by Coalesce Cooperative Working space, an opening reception will take place at 7 p.m. at 109 North State Street. The Mississippi Contemporary Art Center (MCAC) is a new organization that will discover, exhibit, and
03-22-2012 | Arts & Culture
OnCell Systems
OnCell Systems and Mississippi Museums Association Announce Mobile Technology Pa …
A new mobile technology partnership is now in place between OnCell, the leading mobile tour provider and Mississippi Museums Association (MMA). Located in Jackson, Mississippi, MMA is an all-volunteer program, and was founded in 1976 by an interested group of museum professionals. The partnership will offer a substantial discount off OnCell’s industry-leading flat-rate pricing on mobile tour services to MMA members. Bo Stewart from Amory Regional Museum and President of Mississippi
11-29-2011 | Health & Medicine
Emerge Clinical Solutions
Cardiology Associates of North Mississippi Engages Emerge Clinical Solutions
Emerge Clinical Solutions, the creator of premier clinical decision cardiology software, today announced its software’s adoption by leading health practice Cardiology Associates of North Mississippi (CANM). The practice uses GE Healthcare Centricity as its practice management system, proving that Emerge’s agnostic software easily integrates with any existing system a practice has in place. “CANM is a regional center of excellence that has always been an early adapter of the latest technology. This
11-08-2010 | Media & Telecommunications
Rapidplay Productions LLC.
Mississippi Video Production Company Gives Back to Schools
Rapidplay Productions LLC. from the Mississippi Delta has begun a new campaign to give back to the community. Rapidplay has started a new initiative to give back a percentage of earnings from events that school get them to produce. Rapidplay already does not take any money from the schools, but only from parents who want a copy of the production. Rapidplay was not at will to say how big
Comments about openPR
I can't but agree to the positive statements about your portal: easy to use, clear layout, very good search function, and quick editing!
Jens O'Brien, Borgmeier Media Communication