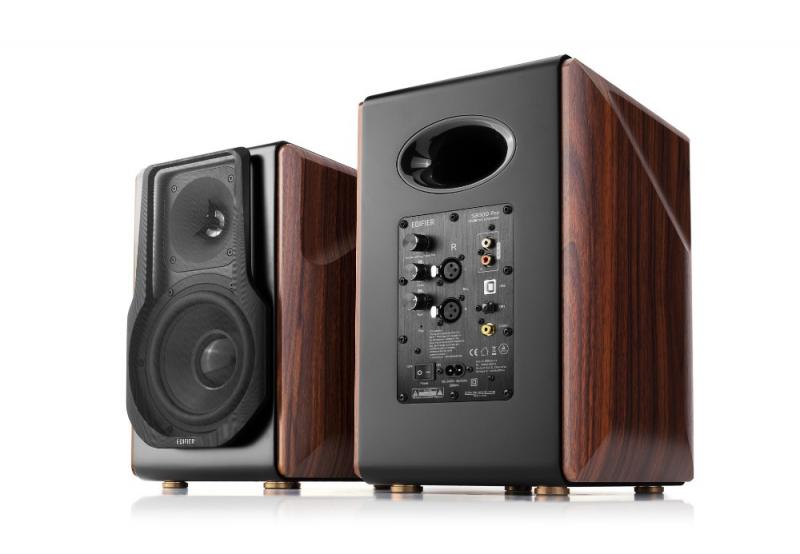 Edifier, prominent designers and award-winning manufacturers of consumer audio electronics, publicizes year on year growth of over 41% with increase in headphone operating income showing growth of 91.27%Edifier? International, prominent designer and award-winning manufacturer of consumer audio electronics for both the lifestyle and multimedia markets, has announced its year on year results. Established in May 1996 in Beijing, China, Edifier was the brainchild of a small group of enterprising music lovers. Guided by the principle of providing users with high-quality audio products with high cost performance Edifier has emerged as a world-class designer and manufacturer of award-winning sound systems and headphones.Despite a fierce competitive environment, Edifier announced that the total revenue for this reporting period was 41.13% higher than that of the same period last year. Notable is the operating income of the headphone series products with a year-on-year growth of 91.27%. The operating revenue of the multimedia speaker series showed a year-on-year growth of 6.65%. The operating income of car audio series products submitted year-on-year growth of 2.53%; The operating revenue of the professional audio series had a year-on-year growth of 10.9%. In terms of revenue split, 55.03% of which comes from its headphone series and 40.23% from its speaker series.In 2019, the company's net profit attributable to the shareholders showed a 130.01% growth from last year. The new True Wireless range of earbuds have shown outstanding results and been well received in the consumer market despite fierce competition from other brands.Edifier has a research and development team of over 300 personnel including product ID concept design, circuit design, amplifier design, structural design, etc., and this has given the company a strong technical advantage in this competitive market space. In 2019, 26 patents were granted to Edifier and 54 patents were applied for by the company. In 2020, the TWS6 true wireless earbuds with balanced armature, designed and produced by Edifier, were named as an iF Design Award 2020 consumer electronics winner by Hanover-based iF International Forum Design GmbH. Outside China, the company has established sales channels in Europe, North America, South America, Oceania, Africa and other regions of Asia, with more than 50 exclusive distributors. While continuing to expand physical marketing channels, Edifier is now the leading seller by volume on Chinese online platforms such as jd.com and Tmall, as well as international online sales channels such as Amazon. The Future: The Edifier board believe that technologies such as the mobile Internet, cloud technology, big data, artificial intelligence and IoT are profoundly changing the products, competitive landscape and user experience of the audio industry. With the emergence of intelligent terminals with highly integrated functions, audio playback hardware categories are integrated first and then split, and users' music listening mode further represents the characteristics of cloud, wireless, private and personalized. Edifier believe that the entire audio industry is undergoing a far-reaching digital transformation. Edifier research keenly captures information and follow ups industry changes, according to the wave of mobile Internet and cloud computing. Edifier are committed to product development; intelligent voice headphones and devices as new product lines are developed based on consumer demand. In 2019, Edifier launched the TWS (True Wireless Stereo) range of headphones featuring Bluetooth 5.0, Active Noise Cancellation combined with traditional solutions from leading chipset manufacturers such as Qualcomm. With the current trend for smart TV and Home cinema, Edifier are actively developing TV audio solutions and has upgraded its speakers to include features such as Bluetooth, remote control, optical fibre etc. Moreover, in line with the rapid development of China's automotive industry, Edifier is active in developing and having a presence in the car modification audio market.In addition to the traditional multimedia speaker business, Edifier has achieved growth in its traditional multimedia and has also achieved significant increase in such business areas as headphones and professional audio. Rapid growth of its TWS range has effectively offset the decline of the old business and opened up new revenue and profit growth points for the company.For Media enquiries, please contact: Kathryn Lamb kathryn@bleatpr.com 01327 844880Bleat PR 5 Hall Drive, Long Buckby, Northamptonshire, NN6 7QUEdifier specializes in the design and manufacture of premium audio solutions that showcase technological innovation and design excellence. Founded in 1996 and headquartered in Beijing, China, Edifier delivers outstanding sound experience through a wide range of audio systems for personal entertainment and professional use. Renowned for its award-winning design philosophy, expertise and innovation in acoustic technology, and superior manufacturing standards, Edifier is one of today's leading innovators of audio electronics. More information about Edifier is available online at www.edifier.com