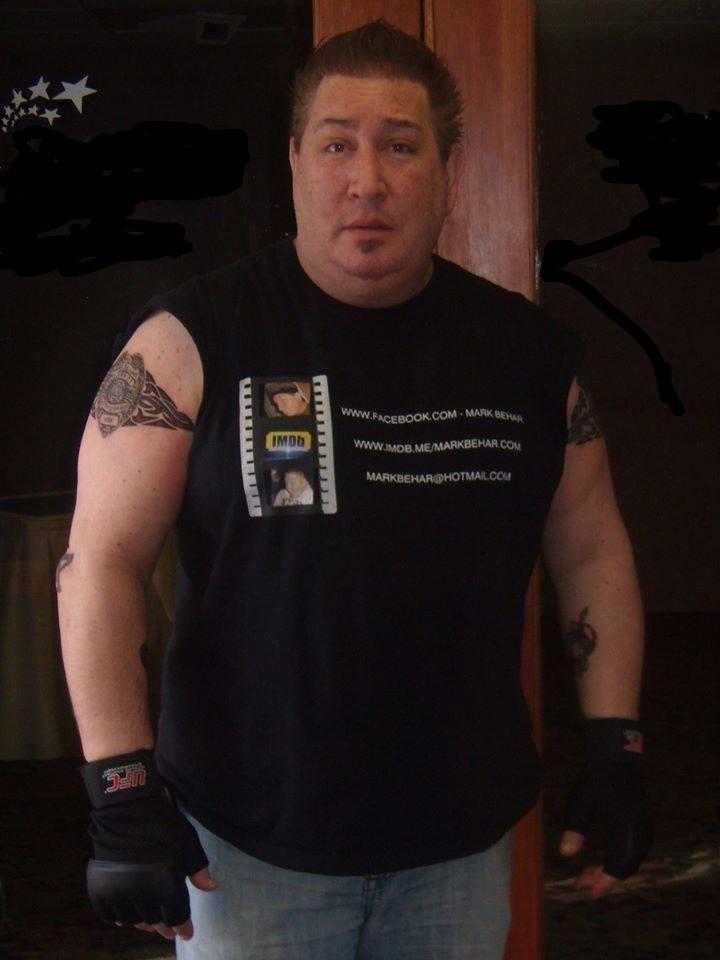 (Hollywood, Ca)- For those that are followers of “Keeping Up With The Kardashians”, you may remember back in 2009 during season 4, episode 6 when “Body Blows” aired, the then Bruce Jenner stepped into the boxing ring for a match against the man who was at the time their personnel protection specialist & celebrity bodyguard, formerly known as Mark Behar. During the match and after the second round was over, Behar was told to “take a dive” in his match to make sure that he lost so that the then Bruce could win and they could also get underway with their “Main Event” match where Kim would be entering the ring. At the time, that was how it had to go, but now, the tables have turned and fans are looking for an honest match!

On that same day when then Behar and Jenner entered into the boxing ring, Rob Kardashian had a match of his own, and was knocked out by his opponent, whose background and training wasn’t properly screened by the Kardashian’s research team.

Now, 10 years later, Bruce’s opponent is back and ready to reign as the champion against the Kardashian name. However, the former bodyguard can no longer avenge this match with the most obvious of reasons being that his original opponent is now a female and goes by the name of Caitlyn Jenner. To make matters even more interesting, the bodyguard himself has recently undergone some changes as well. On February 25th, 2016, the man that the Kardashians hired to protect their family legally changed his name from Mark Behar to Bruce Jenner!

The NEW Bruce Jenner recognizes that while he may not be able to achieve his win by going back up against his original opponent, as “she” is no longer a “he”, he is understandably altering the match by calling out Rob Kardashian to fill in for Caitlyn’s spot, thus making this the ultimate Kardashian vs. Jenner match up, for both Rob and myself to avenge our losses from the boxing matches that we both unfairly lost.

"I am challenging Rob to go head to head, 1-on-1 with me in the boxing ring for a Real Charity Boxing match, not like those set-up/pre-determined ones that your always hearing about, where we can declare the true winner, Kardashian vs. Jenner"!

He also says, “Since I can no longer take up my win with my original opponent, I will gladly make this a Kardashian vs. Jenner match now that I legally carry the Jenner name. Come on Rob, let’s see what you’ve got to defend the Kardashian name”!

If Rob accepts my challenge, I would ask some of my Celebrity friends like Ron Jeremy and Bob Zmuda to be referee and/or In-Ring Announcer as well as have the Former UFC/WWE Woman's Champion Ronda Rousey & Jerry "The King" Lawler at Ringside as Blow-by-Blow Commentators, and Farrah Abraham as a Valet Ring-Card Girl with a few others (Maybe from the Bunny Ranch Lol).

If Rick Flair is healthy enough by then a wanna find a role for him to be involved with at the event as well, WOOOOOOO!

Depending on how much hype this match can build, i was hoping for it to take place sometime within the first 2 weeks of Dec, and it can be set to take place in either in Hollywood California, Las Vegas or Carson City NV at the Fandango Casino Resort.

No other Kardashians or Jenners will be allowed at the event unless they donate *$10,000.- Each/Per Person! That's Pocket Change for them -or- a Nights Dinner & drinks with a few friends!! They need to start "Paying Their Way" in the world these days!

07-01-2019 | Leisure, Entertainment, Miscel …
MMI PRMedia Group
Rob Kardashian Responds to Jenner Charity Boxing Challange!
Rob Kardashian just responded back to Jenner's Charity Boxing Challenge to fight for "The Honor" of the Kardashian/Jenner Names. https://www.openpr.com/news/1770348/Kardashian-vs-Jenner-Fight-for-Honor-Charity-Boxing-Match.html "Rob just got back to us and says that he defiantly wants to do this, but..."said MMI PRMedia Group Vice President of Social Media J. Daniels. Rob says "I just started to get back into shape both mentally and health wise. I've seen what this guy can do 10 years ago, he's
04-18-2017 | Business, Economy, Finances, B …
FMR Industry
Global and United States False Lashes Market 2017 - Sephora, Laura Mercier, Kard …
To begin with, the report defines the False Lashes market and segments it based on the most important dynamics, such as applications, geographical/regional markets and competitive scenario. Furthermore False Lashes market report provides detail analysis, forecast, Size, share, outlook, current trends, market demand, market growth. Macroeconomic and microeconomic factors environments that currently prevail and also those that are projected to emerge are covered in this report. This report studies the False
07-01-2016 | Leisure, Entertainment, Miscel …
My Life My Brand
Bruce Jenner Challenges Rob Kardashian to a Revenge "Honor" Charity Boxing Match
For those that are followers of “Keeping Up With The Kardashians”, you may remember back in 2009 during season 4, episode 6 when “Body Blows” aired, the then Bruce Jenner stepped into the boxing ring for a match against the man who was at the time their personnel protection specialist & celebrity bodyguard, formerly known as Mark Behar. During the match and after the second round was over, Behar
06-16-2016 | Media & Telecommunications
My Life My Brand
An Inside Source Gives Details About The Kardashian & APA Lawsuit
MEDIA CONTACT: PR@MyLifeMyBrand.com 561.254.9605 FOR IMMEDIATE RELEASE Former Kardashian Bodyguard Provides Exclusive Insight Into Kardashian Lawsuit Scandal Los Angeles, CA (June 16, 2016) – In light of the recently released statements that the Kardashian Klan has wrongly duped a high-scale talent agency in Los Angeles, the Agency for the Performing Arts (APA), the Kardashian’s former bodyguard speaks out to add some insight into the pending lawsuit. When Mark Behar, the former private bodyguard to the
12-07-2011 | Leisure, Entertainment, Miscel …
Kazazz Social Search Engine
Justin Bieber Beats out Miley Cyrus as the Top Weekly Search Term on Kazazz Soci …
Today, Kazazz is pleased to announce that Justin Bieber was the top search term on the Kazazz Social Search Engine for the week ending December 3, 2011. Miley Cyrus comes in second and Kim Kardashian comes in third for the week. Kazazz is a new search engine that provides live social search results for its users. Unlike other search engines where users search the internet and quickly leave the
05-04-2011 | Fashion, Lifestyle, Trends
Creative Endeavors for Dr. Leigh-Davis
Television Personality, Dr. Leigh-Davis, Will Discuss the Phenom Kim Kardashian …
Dr. Leigh-Davis was shocked, when she met Kim Kardashian in London, England; to see paparazzi continued their stalking of the reality star, even across the pond. Law professor & TV personality, Dr. Leigh-Davis, was recently in London, England, where she met Kim Kardashian. Dr. Leigh-Davis commented, “I think she [Kim Kardashian] is the first reality star I have ever met. I do not watch reality TV and the fact
Comments about openPR
OpenPR is clearly structured and remains true to its principle of confining itself to the essential parts. OpenPR has proven to be a very good and reliable partner to our media agency: Within the shortest time the releases are online and go down well with the media representatives. The success of OpenPR is reflected in the steadily increasing number of press releases. It is good that OpenPR exists!
Ursula Koslik, Director Marketing & PR, F+W Hamburg