An Inside Source Gives Details About The Kardashian & APA Lawsuit


Press release from: My Life My Brand

/ PR Agency: My Life My Brand 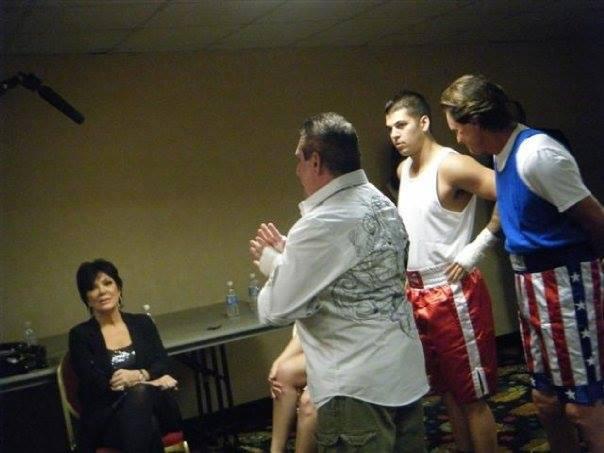 MEDIA CONTACT: PR@MyLifeMyBrand.com 561.254.9605FOR IMMEDIATE RELEASEFormer Kardashian Bodyguard Provides Exclusive Insight Into Kardashian Lawsuit Scandal Los Angeles, CA (June 16, 2016) – In light of the recently released statements that the Kardashian Klan has wrongly duped a high-scale talent agency in Los Angeles, the Agency for the Performing Arts (APA), the Kardashian’s former bodyguard speaks out to add some insight into the pending lawsuit. When Mark Behar, the former private bodyguard to the Kardashians/Jenners, heard about the lawsuit, he immediately stepped forward to share some very interesting pieces of information that he had overheard from the Kardashians themselves about their ties to APA. He states that back in 2009, he was backstage with Kris Kardashian and Khloe at the “Kardashian Charity Knockout Boxing Event”, which aired on Season 4 of KUWTK as Behar himself was the boxing opponent of Bruce Jenner. He said that they (Kris, Kim and Khloe) specifically mentioned how they had met with APA and APA’s representatives and came to terms and agreements regarding what it was that was supposed to be supplied and performed between them and APA. However, Kris and Khloe went on to talk about how they (the Kardashian Klan) were “not going to do a damn thing”, nor honor or uphold their part of the agreement. Behar states that when he heard them discussing how they would not be holding to their end of the agreement with APA, he told Kris that doing that would not be right and that if they had an agreement with APA, it needed to be honored. He continued to make his point to Kris by stating, “I don’t know how things work out here in Los Angeles, but in Florida (where Behar had spent the majority of his time), it’s called a verbal agreement and is legally binding”. At this, Behar said that Kris immediately told him to “butt out” and “mind his own business” otherwise they would let him go and send him back to Florida.Behar later left his position as a bodyguard to the Kardashian family and in light of this lawsuit, he felt compelled to come forward and protect APA. “I just hate when people use their status to bulldoze over other people and ruin the hard work that other individuals and businesses have invested. I am now a business owner myself and I know what it is like to be bullied by people who use their titles and their power to intimidate others toward getting what benefits them. After working with the Kardashians for about two years, I saw too much of how they always screwed people over, their friends and clients included. They need to be held accountable for their actions and realize that they are not above the law and they are not untouchable just because they carry the Kardashian name”, Behar said. For more exclusive details, please contact PR@MyLifeMyBrand.comAbout Mark Behar: Mark Behar was born in Brooklyn-New York, and was raised in New Jersey, where he was a Federal Law Enforcement Officer. Mark (Bruce) is an Actor, Producer, a Security Expert & Personal Protection Specialist, as well as a Personal Bodyguard to the Music & Movie A-List Elite, as well as to/for "Reality TV Show" Cast Member's. He has previously worked Backstage, Ringside, Personal, and Special VIP Security, for several Professional Wrestling Groups (WWF/WWE, ECW & TNA), also for several Awards & Reality Shows, as well as for several well known, and "High-Profile A-list Entertainers & Celebrities". throughout the Music & Movie Industry, such as Kim Kardashian, Mariah Carey, Eminem, (The Late) Whitney Houston, (The Late) Robin Williams, Robert De Niro, Billy Crystal, Dustin Hoffman, Britney Spears, Christina Aguilera, "The Osbournes", "The Hogans", and Ben Stiller, just to name a few.###Branding and Marketing Firm Specializing in Celebrity Public RelationsMy Life My Brand 340 S. Lemon Ave #8544 Los Angeles, CA 91789 PR@MyLifeMyBrand.com Brittney Lozano

More Releases from My Life My Brand

07-01-2016 | Leisure, Entertainment, Miscel …
My Life My Brand
Bruce Jenner Challenges Rob Kardashian to a Revenge "Honor" Charity Boxing Match
For those that are followers of “Keeping Up With The Kardashians”, you may remember back in 2009 during season 4, episode 6 when “Body Blows” aired, the then Bruce Jenner stepped into the boxing ring for a match against the man who was at the time their personnel protection specialist & celebrity bodyguard, formerly known as Mark Behar. During the match and after the second round was over, Behar
06-20-2016 | Fashion, Lifestyle, Trends
My Life My Brand
Hollywood Recognizes The NEW Bruce Jenner on IMDB
Los Angeles, CA (June 20, 2016) – When Caitlyn Marie Jenner decided to legally change her name from that of Bruce Jenner, the Kardashian’s former Security Specialist decided to restore the name. While he used to be a bodyguard for the family while on set of “Keeping Up With The Kardashians”, he is now proudly carrying the Jenner name. That’s right - on February 25, 2016, the Palm Beach
06-13-2016 | Leisure, Entertainment, Miscel …
My Life My Brand
Bruce Jenner Speaks Out About Odom’s Plan To Clear His Name
MEDIA CONTACT: MMIPRMEDIAGROUP@GMAIL.COM 561.254.9605 Los Angeles, CA (June 13, 2016) – As the Kardashian and Odom saga continues, the plot thickens as new revelations arise from a good friend of Odom who has been by his side through all of the couple’s ups and downs, including being at the hospital with Lamar after his recent near death experience. His friend, formerly named Mark Behar, had his name legally changed back in February of