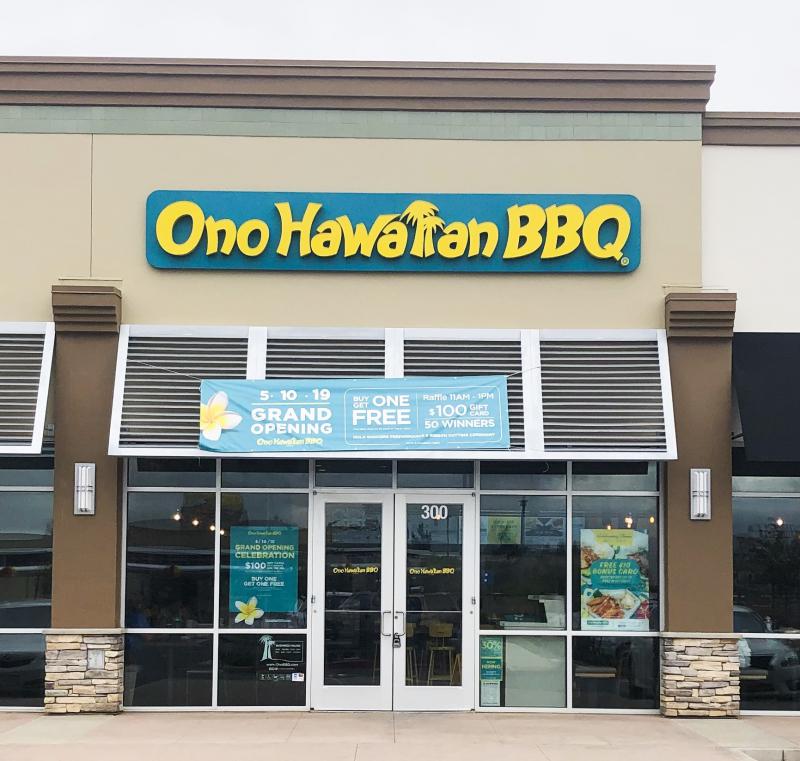 Ono Hawaiian BBQ, famous for its island-inspired Hawaiian cuisine, continues its home-state expansion with its newest location in Beaumont, situated in the Center Pointe Shopping Center, conveniently located near the 10 freeway off Highland Springs Avenue. To commemorate the brand’s 85th location, Ono Hawaiian BBQ will be hosting a community-wide luau celebration on Friday, May 10. The festivities will kick-off with a ribbon-cutting ceremony at 10:45 a.m., followed by a raffle from 11:00 a.m. to 1:00 p.m. at which time fifty $100 gift cards will be given away. Attendees will also be treated to a special performance from Hawaiian dancers from 11:30 a.m. until 1:30 p.m. In addition, Ono Hawaiian BBQ will offer a buy-one-get-one offer on food items throughout the entire day. “Southern California is where Ono Hawaiian BBQ began and it continues to be a strong market for us,” said Joshua Liang, Chief Executive Officer of Ono Hawaiian BBQ. “This is our first restaurant in Beaumont, and we cannot wait to meet the community and provide them with high-quality Hawaiian-inspired dishes that bring the spirit of aloha to the Inland Empire.” Ono Hawaiian BBQ’s mouth-watering menu features Hawaiian-inspired plate lunches and island specialties like Hawaiian BBQ Chicken, Spam Musubi, and Chicken Katsu made through a fusion of flavors. The interior design incorporates an inviting, yet industrial chic-feel inspired by Hawaii’s rustic elements including reclaimed wood walls, rope lighting, aqua tiles, and tropical planters. Ono Hawaiian BBQ is located at 1620 E. First Street, Suite 300, Beaumont, CA 92223 and will operate Sun-Thurs from 11:00 a.m. to 9:00 p.m. and Fri-Sat 11:00 a.m. to 9:30 p.m. For more information, please call 951-845-0088 or visit http://www.OnoHawaiianBBQ.com/. Ono Hawaiian BBQ is a fast-casual restaurant concept with locations in California and Arizona, serving up “aloha in every bite” through its Hawaiian-inspired plate lunches and island specialties. Every Ono Hawaiian BBQ dish is created with fresh ingredients using authentic Hawaiian recipes, and made-to-order in each restaurant. Ono Hawaiian BBQ operates 85 restaurants throughout its two states of operation, with plans to open more in 2019. For more information, please visit http://www.OnoHawaiianBBQ.com/. 1620 E. First Street, Suite 300, Beaumont, CA 92223