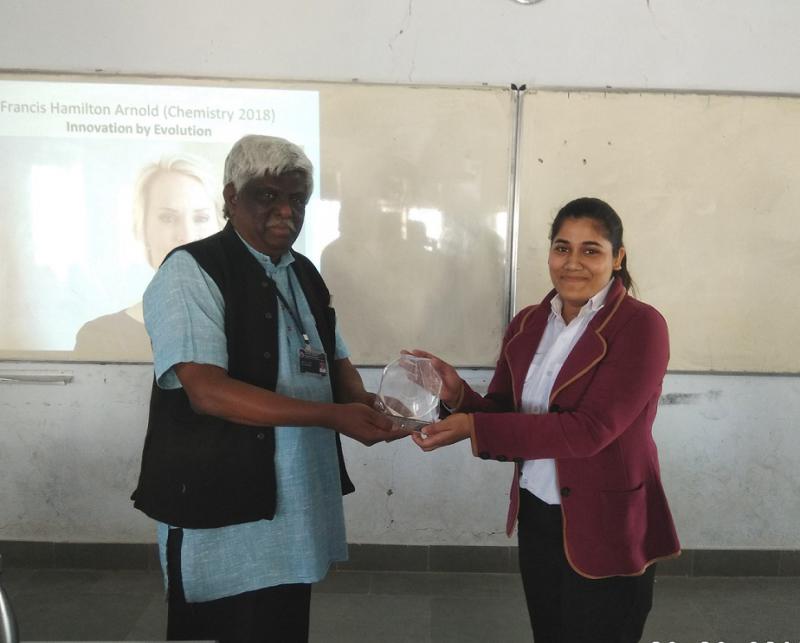 From mobile banking to artificial intelligence and the internet of things, it is vital that women’s ideas and experiences equally influence the design & implementation of the innovations that shape our future societies.The theme for this year is Think Equal Build Smart Innovate for Change. It is known that innovation and technology provide unprecedented opportunities, yet trends indicate a growing gender digital divide and women are under represented in the field of science, technology, engineering, mathematics and design. It prevents them from developing and influencing gender - responsive innovations to achieve transformative gains for society.The message for IWD 2019 from UN Secretary-General António Guterres goes as “Gender equality and women’s rights are fundamental to global progress on peace and security, human rights and sustainable development. We can only re-establish trust in institutions, rebuild global solidarity and reap the benefits of diverse perspectives by challenging historic injustices and promoting the rights and dignity of all. Let’s make sure women and girls can shape the policies, services and infrastructure that impact all our lives. And let’s support women and girls who are breaking down barriers to create a better world for everyone." Mr.Mohammad Tarique Iqbal faculty Women's Studies & Research Centre Banasthali highlighted some key targets of the UN 2030 agenda: Ensure that all girls and boys complete free, equitable and quality primary and secondary education leading to relevant and effective learning outcomes; ensure that all girls and boys have access to quality early childhood development, care and preprimary education so that they are ready for primary education; End all forms of discrimination against all women and girls everywhere; Eliminate all forms of violence against all women and girls in the public and private spheres, including trafficking and sexual and other types of exploitation; and Eliminate all harmful practices, such as child, early and forced marriage and female genital mutilation.It is known that Nobel Prize is given for Physics, Economics, Medicine, Literature, Peace and Chemistry and that 8 Chemical Engineers are Nobel Laureates. Out of the 8, 7 are men Fritz Haber (Chemistry 1918), Carl Bosch (Chemistry 1931), Linus Pauling (Chemistry 1954 & Peace 1962), Giulio Natta (Chemistry 1963), Lars Onsager (Chemistry 1968), Mario Molina (Chemistry 1995), Martin Lewis Perl (Physics 1995) and one is woman Francis Hamilton Arnold (Chemistry 2018). While a team of faculty Dr Gaurav Kumar, Dr Somen Jana and staff Subhash Jangid, Abhishek Pareek, Kamlesh Sharma, Binod Kr Sharma and Rajesh Gurjar enacted the roles of Chemical Engineering men Nobel laureates, Miss Pragati Sharma third year BTech Chemical Engineering student to a thunderous round of applause did a brilliant enactment of the woman chemical engineer Francis Hamilton Arnold which included the prize winning Innovation by Evolution lecture. Prof BR Natarajan anchored the proceedings and presented Miss Pragati Sharma a glittering memento on behalf of the department while Mr Deepak Kumar coordinated the event execution. The students and faculty who attended the International Women’s Day celebrations left with beaming faces and pride that they were indeed part of a top ranking institution which is a jewel in the crown among the women's universities not only in India today but across the globe.For more details about Banasthali see http://www.banasthali.org/About Banasthali: Established in 1935, the Institution which is also the largest fully residential women’s university in the world has played a big role in revolutionizing women’s education and empowerment in India for the last eight decades. Banasthali has scripted numerous success stories in a wide range of fields, and stands tall among the citadels of learning in India today. Proud to be Banasthali alumni who call themselves as Banasthalites can be found in all latitudes, longitudes and altitudes in all walks of life across the globe. Banasthali has the pride of being chosen as a Faculty Development Centre under the MHRD Govt of India Pandit Madan Mohan Malaviya National Mission on Teachers and Teaching (PMMMNMTT) as well as for hosting Atal Incubation Centre (AIC) by NITI Aayog Apart from various National Rankings which include India Today #2, FICCI University of the year 2015, NAAC A grade, MHRD NIRF 29, in recent past, Banasthali has been in national and international media attention for getting Quacquarelli Symonds QS Asia University Ranking, QS BRICS Ranking, Diamond status under QS i-Gauge Indian University Rating and the overall Four Star Ranking in - QS Stars Rated for Excellence with 5 Stars for each for Teaching, Employability, Facilities, Arts & Culture and Inclusiveness.Banasthali Vidyapith Banasthali Rajasthan – 304022 Phone 91 1438 228456 / 228341 Email: info@banasthali.ac.in Website: http://www.banasthali.org Facebook: www.facebook.com/Banasthali.org

02-06-2019 | Science & Education
Banasthali
Kavi Yogendra Sharma gives a Scintillating Start to ZERONE Banasthali
Zerone is not just a word or slogan or jargon but a Philosophy which tells that it does not matter if one starts at zero but no one can stop you from becoming number one. The Chemical engineering department of Banasthali came into operation in 2008 and Innovative Chemical Engineers - ICE Club has been organizing various events round the year which includes ZERONE (Discovering the Undiscovered) a three day
03-05-2018 | Science & Education
Goldmine Adv ltd
Manoj Sharma conferred with "Bharat Shri" Award in Public Relations
New Delhi: National Human Welfare Council (NHWC) felicitated talented professional in various fields with "Bharat Shri" award on Sunday for outstanding contribution in their respective fields. The Director (PR) of Goldmine Advertising Ltd. Mr Manoj Kumar Sharma was awarded "Bharat Shri" for his outstanding contribution in the field of Public Relations. The award was presented to Manoj Sharma by Lt. Gen.(Retd.) Raj Kadyan, the Chief Guest of the occasion at
04-11-2017 | Industry, Real Estate & Constr …
FridayMoviez
Anushka Sharma receives a legal notice from BMC
Celebrities entering into legal mess with the BMC officials is not a new thing now. After Kapil Sharma and Arjun Kapoor were accused of illegal construction in their respective apartments, it is now Anushka Sharma who has landed into such trouble. BMC has issued a legal notice to the actress for installing a electric junction box on her floor which is illegal. A neighbour filed a complaint against her after
05-21-2012 | Tourism, Cars, Traffic
iXiGO
iXiGO.com appoints Abhishek Sharma as VP, Operations & Product Platform
iXiGO.com expands leadership team to drive the next phase of growth New Delhi, May 17th, 2012: iXiGO.com, India’s leading travel search engine announced the appointment of Abhishek Sharma as Vice President, Operations & Product Platform. In this role, Mr. Sharma would be responsible for driving the company’s operations, product platform and content strategy as a part of its management team. Prior to joining iXiGO.com, Mr. Sharma’s professional experience spans across 13
10-07-2011 | Science & Education
JMA Pilani Rajasthan
Vanam Sharma Brings Laurels for JMA Pilani in Sports
Located in the heart of Shekhawati region of Rajasthan, Pilani is well known in India today for various top ranking educational institutions, CSIR Laboratory CEERI as well as the upcoming BrahMos Missile Assembly Project unit. Jamuna Mishra Academy – JMA established in the year 2004 which has been making rapid strides in early childhood education is presently one among the top ranking and most sought after schools at Pilani Rajasthan. JMA
06-22-2011 | IT, New Media & Software
Astellia
Astellia appoints Rajesh Sharma as VP Sales & Customer Operations
Rennes, France – 20th June 2011 – Astellia, leading provider of monitoring solutions for the optimization of mobile network QoS and performance announces today the appointment of Rajesh Sharma to the position of Vice President Sales and Customer Operations. He will lead all sales activities, operations and customer service to drive Astellia’s expansion into new markets and growth in its customer base. Rajesh Sharma brings with him more than 15
Comments about openPR
We publish our press releases on openPR.de because we like people who are "open" - just like us.
Frank Obels, CEO, INCONET - Informationssysteme, Communication und Netzwerkberatung GmbH