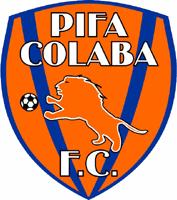 PIFA Colaba FC enjoyed a winning start in their opening game of the Scheduled AIFF Tournaments qualifying round with a 2-0 victory over Western United. The goals came from George Udu and Nitesh Monde. The Colaba outfit is part of Group A alongside Western United (Thane), BMFC and CMS Falcon (Pune). Group B comprises of Kenkre FC, Akbar Travels, PTM Sports Club (Kolhapur) and Amanora Deccan XI (Pune). The winner of these qualifying rounds will play in the I-League 2nd Division.PIFA Colaba FC are enjoying a rich vein of form at the moment, which has seen them leap into 3rd position in the Elite MDFA Division, and they will secure this historic place with a victory in ther last league fixture. They are currently on 14 points (4 wins and 2 draws) in their 9 fixtures in a league which is slated to be one of the toughest in Indian cities that also includes I-League teams such as Mumbai FC, ONGC and Air India.The Colaba outfit, who were promoted from the Senior to the Super division in their very first year of formation in 2006-07, followed it up with an extraordinary second consecutive promotion the next season into the Elite division. PIFA Colaba FC started out as PIFA Colaba youngster FC, an initiative of the "PIFA Foundation for the benefit of sports" who sponsor them. Last year, PIFA Colaba FC U19 team & U15 team got promotions, they will play the 1st Division & 2nd division respectlively in 2010-11.The side is trained by Nirvan Shah who is a UEFA licensed coach and has maintained performance and result levels on a very restricted budget. All the players are paid and even though this is not their main income it helps support their family. The team is currently looking for sponsorship in order to facilitate development and player growth and strive for even better results in the future.A Football Academy dedicated to training young Indian children. It strongly believes that the road to India's qualification to FIFA World Cup is thru the children, they are the future of India. PIFA organize camps in Europe & in India with UEFA Coaches. It also runs a football training academy in Mumbai. All coaches are licensed. They have 3 men's & a women's team in the MDFA league. They also conduct various events related to children's football. PIFA is associated with Inspire Academy, Hristo Stoichkov Football Academy, Rangers Soccer School, AC Milan Academy, Cruzeiro EC. PIFA Vision - India in the 2022 World Cup !!!Premier India Football Academy 20 Evergreen Industrial Estate, Dr. E. Moses Road, Mahalaxmi, Mumbai - 400 011 (INDIA) Tel : 9820268365 | Fax : 91 22 3042 2262 Website : www.pifa.co.in | Email : business@pifacademy.com