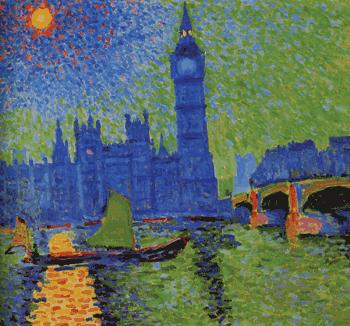 CHICAGO, Hyde Park -- University of Chicago sophomore Frank Wen, co-winner of the 2010 Concerto Competition, appears with the University Symphony Orchestra in Mendelssohn’s melodious Violin Concerto in E minor on Saturday, December 4 at 8 PM in Mandel Hall (1131 E. 57th Street, Hyde Park). Berlioz’s exuberant Overture to Le Corsaire opens this overtly Romantic program. Vaughan Williams’ A London Symphony concludes the evening’s fare. Barbara Schubert conducts the acclaimed, 100-member ensemble.2010 Concerto Competition co-winner Frank Wen is a second year student from Silver Spring, Maryland, where he attended Montgomery-Blair High School. In high school, he enjoyed performing in the pit orchestra and spent his summers playing violin with a friend on the streets of downtown Rockville, Maryland. He adds: “As people walked by they would be captivated by the music and sit and listen for anywhere from a few minutes to a few hours. It was probably one of the best experiences of my life.” Wen demonstrates a serious desire to capture the essence and meaning of playing the violin and performing for his audiences, in concert halls and in public. The performance with the University Symphony Orchestra will be Wen’s debut as a solo artist.Violin Concerto in E minor, Op. 64 is Mendelssohn’s last large orchestral work, and arguably one of his most popular and frequently performed violin concertos. Completed in 1844, the concerto premiered a year later to rave reviews. Guest soloist Frank Wen adds: “The reason why [the concerto] is significant is because it sounds so great. I cannot describe the piece better than Joseph Joachim, who said that of the four great German violin concertos, ‘the most inward, the heart's jewel, is Mendelssohn's.’ I feel like the concerto (especially the opening) is one of those melodies that never really fades out of your ear. It will always sound familiar, even when you can't remember exactly what it is.”Berlioz’s Overture to Le Corsaire was originally entitled The Overture of the Tower of Nice, and on its first performance received an astounding review “as tormenting and nightmarish, full of bizarre, weird effects.” The reviewer also wrote, “You can imagine and believe everything when you hear these strident violins, croaking oboes, lamenting clarinets, groaning basses and moaning trombones. The Overture of the Tower of Nice is perhaps the strangest and most peculiar composition to have been created by the imagination of a musician.” Originally composed in 1831 for a performance to Shakespeare’s King Lear, the Overture was revised between 1846 and 1851. The Overture to Le Corsaire is one of Berlioz’s most brilliant and popular orchestral pieces.Ralph Vaughan Williams’ Symphony No. 2, A London Symphony was lost, reconstructed, and later modified by the composer. The first performance in 1914, conducted as a four-movement symphony, was a success. Shortly thereafter the score was lost after being sent to conductor Fritz Busch in Germany at almost the same time as the outbreak of World War I. Vaughan Williams then reconstructed the score from the orchestral parts. The revision was performed in 1915 under Dan Godfrey. A London Symphony is a nighttime soundscape of the opposite side of Westminister banks juxtaposed with the hotels and bustling crowds of the city across the water.Donations accepted at the door ($10 adults/$5 students and children). Children under 12 years must be accompanied by an adult. Reception to follow.QUICK FACTS WHAT: University Symphony Orchestra Frank Wen, guest violinist 2010 Concerto Competition co-winner Barbara Schubert, conductorWHEN: Saturday, December 4, 2010 8:00 PMWHERE: Mandel Hall on The University of Chicago campus 1131 E. 57th StreetPROGRAM: Berlioz - Overture to Le Corsaire Mendelssohn - Violin Concerto in E minor Vaughan Williams - A London SymphonyADMISSION: Donations accepted at the door; $10 adults/$5 studentsEvent Hotline: 773.702.8069 music.uchicago.eduPositioned at the heart of a world-renowned academic institution, the Department of Music offers degrees in fields of musical scholarship and composition and sponsors a lively and diverse performance program that involves 13 student performance ensembles in over 100 concerts a year. Five ensembles-in-residence, the including Grammy-award winning eighth blackbird and Pacifica Quartet, and numerous professional concerts offered by University of Chicago Presents further enhance the vibrant musical life on campus.University of Chicago Music Department 1010 East 59th Street Chicago, Illinois 60637

09-19-2017 | Energy & Environment
Environmental Dynamics International
Symphony - Wastewater Treatment Plant Optimization Program
Welcome to the world of “Symphony”! With over 40 years of experience, Environmental Dynamics International is excited to introduce Symphony -“The Next Big Step” in wastewater treatment plant performance. Symphony is a “Suite of Technologies” integrating Equipment, Next Generation Controls, and Services; to deliver: - Optimized Biological Performance & - Lowest Cost Plant Operation Symphony helps you to get the most from the plant. Most in terms of; • least energy consumption, •
08-08-2017 | IT, New Media & Software
Symphony Solution Inc
Symphony Solutions Inc Announces the Launch of its Redesigned Website
Fanwood, NJ, Month date, year- The SYMPHONY SOLUTION, INC has launched its completely redesigned new website, which went live on 1st July, 2017. With an unmatched and strong market presence from last 7 plus years, Symphony Solution is a full-blown web and mobile app development firm providing custom based software solutions with fledged experience in enterprise mobility, cloud based solutions, Data Analytics, and digital marketing. The revamp includes:- • The launch of additional new
09-18-2012 | IT, New Media & Software
Aligned Assets
Aligned Assets Release the Symphony Blackbox
Woking, Surrey 18th September 2012 – Gazetteer specialists Aligned Assets can today announce the release of its latest software product – Symphony Blackbox. Designed to allow local authorities to easily share their central address databases with other council departments, and in doing so reduce costs and increase efficiency, the Symphony Blackbox can be used by any council, irrespective of which other software systems they have installed. Aligned Assets are the first UK
03-14-2011 | IT, New Media & Software
Aligned Assets
Symphony Bluelight Gazetteer Released for the Fire and Rescue Service
Woking, Surrey 14th March 2011 – With the cancellation of the FiReControl Project, gazetteer specialists Aligned Assets are pleased to announce the release of the UK’s first corporate gazetteer designed specifically for the Fire and Rescue Service. With over two years of research and development, the Symphony Bluelight Gazetteer can provide unmatched levels of functionality that enable the fire and rescue services to create and maintain gazetteer data to feed all
03-01-2011 | IT, New Media & Software
Drishti Soft Solutions
Ameyo doubles the customer connect rates for Symphony BPO Malaysia
Ameyo, the IP-based call center suite from Drishti-Soft enables Symphony BPO in achieving a 200% efficiency increase for their customer contact processes. Powering some of their most critical client processes, Ameyo delivered significant productivity boost for the Malaysia-based BPO winning them appreciation from their customers. As in the words of Ms Sunita Soyza, Director, CRM OB, Symphony BPO Solutions - "Our dialing processes relied much on conventional practices and we
04-27-2010 | Advertising, Media Consulting, …
JakeBox AB
Austrian Design Award for Vienna Symphony Orchestra's JakeBox
Once again, "JakeBox", the Swedish eye-catching and eco friendly pop-up packaging concept for discs, has won a design award. This time the Austrian packaging design award "The Golden Venus" through the label MG-Sound and JakeBox reseller CSM, for the album "Vienna Symphonic Lounge - A Trip to the Core" with The Vienna Symphony Orchestra. Besides the eye-catching pop-up feature that is the hallmark of the JakeBox concept, this particular production
Comments about openPR
I can't but agree to the positive statements about your portal: easy to use, clear layout, very good search function, and quick editing!
Jens O'Brien, Borgmeier Media Communication