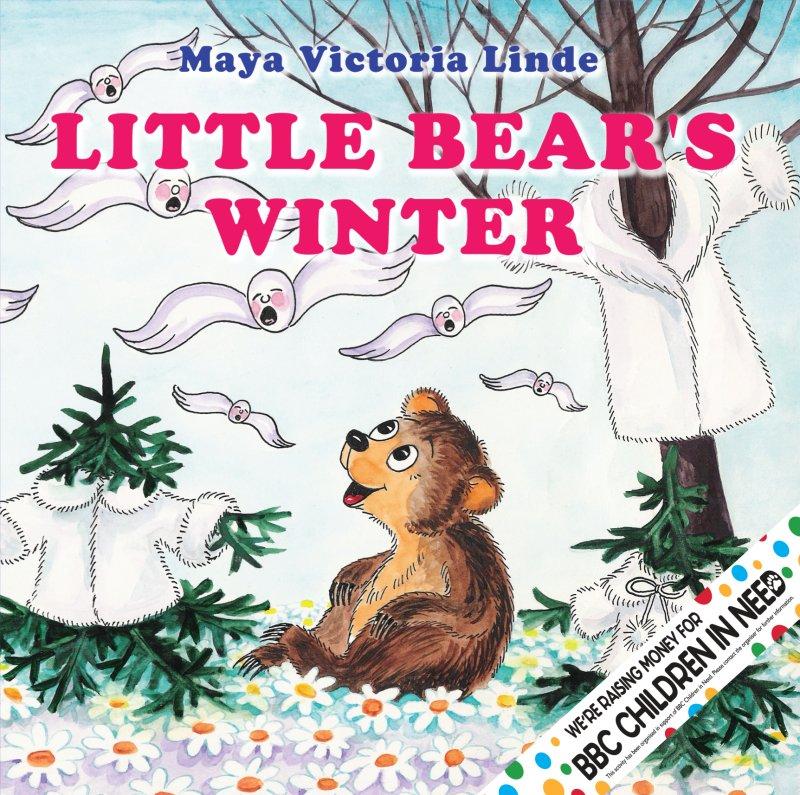 Dorset based artist, Maya Victoria Linde, has self-published a new childrens book called "Little Bear's Winter" to help raise funds for the annual BBC Children in Need charity appeal. The official book launch and signing is on Tuesday 26 October and will take place at the Teddy Bear Museum in Dorchester.Mrs Linde is an author and illustrator mainly specialising in childrens books. "Little Bear's Winter", published to benefit BBC Children in Need, is a little storybook for children telling about real friendship and selflessness.One of the main characters, Little Bunny, finds himself in the tricky situation of explaining what the winter looks like to his best friend Little Bear who has never seen winter because, as you know, bears sleep all through the winter season. It is an enchanting story for children and is beautifully illustrated throughout by the author herself.Children in Need is renowned for its work in helping to improve the lives of disadvantaged children and young people across the UK. Last year marked a fantastic achievement for the charity. Despite the recent economic climate and banking crisis Children in Need raised the staggering amount of ?39 million in 2009, which is already starting to make a huge difference to the lives of needy children. Pudsey is hoping that this year will again set a new fundraising record. However, this will only happen if everyone joins the effort. The statistics say that during the last 20 years more than half a billion pounds have been raised through the appeal.The book signing and launch for "Little Bear's Winter" will start at 11.00 on Tuesday 26 October. Pudsey, the famous mascot of BBC Children in Need has promised to attend and greet the teddy bear enthusiasts, visitors and school children making the most of their midterm holiday. The Teddy Bear museum is a captivating family museum that displays teddy bears from the last hundred years in the setting of an Edwardian style house which is inhabited by human size teddy bears. This event marks the beginning of a period of a few busy weeks in Dorset, with more and more individuals and companies joining forces to raise money for children.As well as being available from the Teddy Bear Museum shop, a copy of "Little Bear's Winter" can be obtained from the official Teddy Bear Museum website. The museum is situated in the centre of Dorchester and is open daily.The Dorset Teddy Bear Museum is Dorchester's family museum, with Edward Bear and his family of people-sized bears living in the Teddy Bear House. One of the established toy museums in Great Britain.Tim Batty The Dorset Teddy Bear Museum Eastgate Dorchester, Dorset DT1 1EW Phone : 01305 269741 http://www.teddybearmuseum.co.uk

09-04-2009 | Arts & Culture
World Heritage
Tracy Chevalier launches her new Best Seller at The Dinosaur Museum in Dorcheste …
Visitors to Dorchester’s award winning Dinosaur Museum were thrilled to meet bestselling novelist Tracy Chevalier when she launched her new book Remarkable Creatures at the Museum on Tuesday 25th August. Tracy, whose bestselling novel Girl with a Pearl Earring became an equally popular film spends a lot of her time in Dorset. Inspiration for her books often comes quite unexpectedly, in the case of the Girl with a Pearl Earring it
06-25-2009 | Arts & Culture
World Heritage
The Dinosaur Museum celebrates Monster Birthday at 25
On Saturday 27th June, the Dinosaur Museum is celebrating its 25th anniversary. The Museum opened in 1984, in Dorchester, gateway to Dorset's World Heritage Jurassic Coast. From the very beginning visitors loved its novel and innovative approach to dinosaurs, and It quickly became the Town's foremost visitor attraction bringing, over the years, millions of dinosaur hungry families and schools to the county town. Jackie Ridley, the Museum's Director, said
09-25-2008 | Arts & Culture
World Heritage
Moments - Cirque Nouveau Photo Exhibition in Paris
A new exhibition of photographs by Michael Ridley opens in Paris on November 10th. The exhibition, MOMENTS - Cirque Nouveau opens at La Petite Galerie, rue de Seine, and is one of the photo exhibitions being held in the city during November, the Month of Photography in Paris. His last photo exhibition in Paris, Transvision, was in 2007. His images, impressionist in inspiration, are a fusion of two styles, but
04-08-2008 | Leisure, Entertainment, Miscel …
World Heritage
Dinosaur Museum In Bid To Bring Rare Triceratops Skeleton To Britain
Dorchester’s award winning Dinosaur Museum has received an offer from an anonymous backer to bid for a rare skeleton of Triceratops that is being auctioned by Christies in Paris on April 16th. The rare skeleton is the property of a private collector in Europe and is the star attraction of a sale of dinosaur and other fossils at the auction in Paris. It is expected to fetch around 500,000 Euros