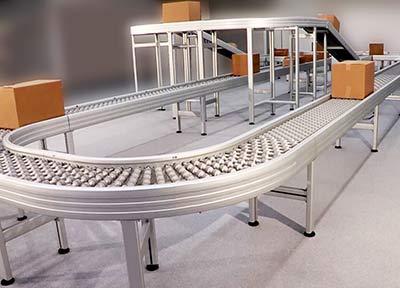 09-12-2017 | Logistics & Transport
Avancon
Invisible power supply for conveyor systems
Together with the well known Producer of transformers and Power Supplies, the Puls-Group in Munich the Start-Up Avancon in Riazzino, Switzerland, developed a universal Power-Supply Unit for the field-bus AS-interface of about 30 V and for up to 20 DC-Motors of 24 V or 48 V altogether combined and build in a Crossbeam of the conveyor frame construction – which is invisible from outside. – Ingenious! It in called “3-in-1” Power
02-20-2017 | Logistics & Transport
Avancon
A startup wants to revolutionise the conveyor industry
The young Swiss startup Avancon SA (www.avancon.com) has set itself the goal to revolutionize the unit handling systems in distribution and logistics centers. They offer now a new modern and very innovative conveying system. This will be distributed worldwide by manufacturers of conveyor systems and logistic system integrators. The system has been developed by Dieter Specht, the founder of the Interroll Group. The car industry, the computer industry and even the
Comments about openPR
I can't but agree to the positive statements about your portal: easy to use, clear layout, very good search function, and quick editing!
Jens O'Brien, Borgmeier Media Communication