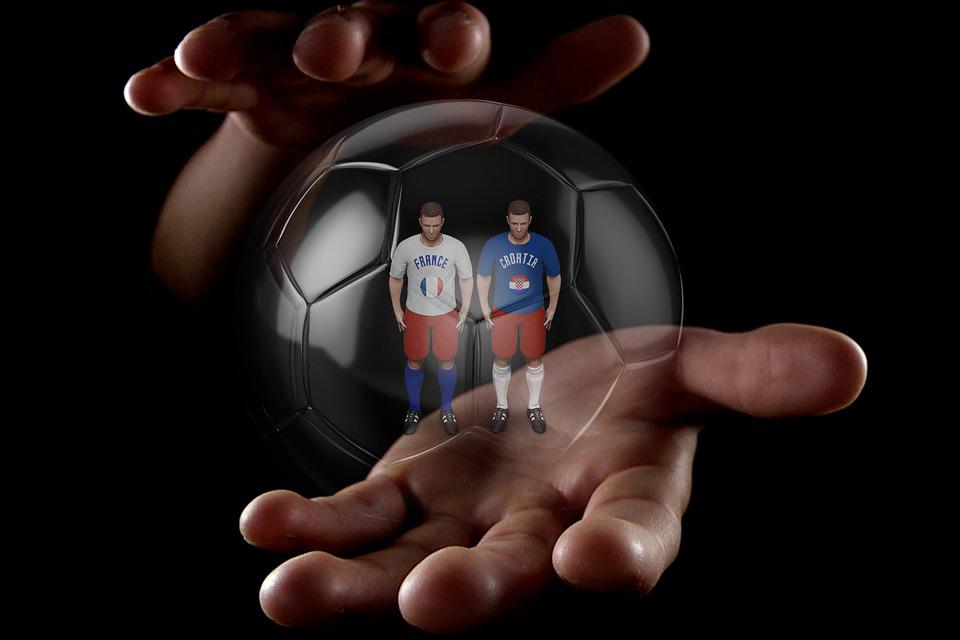 Sports fans rejoice, as FIFA 19's release date is now official. On September 28, you can play your favorite soccer game on Switch, PS4, PC, and Xbox One. It's still the soccer video game that you know and love, with new and improved features. Here are a few of them.New FeaturesFirst, the Active Touch system provides stability and fluidity of movement. It gives better overall control of passing and shooting the ball, and provides a certain degree of customization. Then there's Timed Finishing, where good timing on the second stroke of a double tap can increase the accuracy and power of a strike. The tactics system also gets an overhaul, making it more dynamic and flexible. The increased customization makes fine-tuning easier, letting the AI behave in smarter ways. The last one is 50/50 battles, where character attributes and user reaction time determine the winner of loose balls.The Journey campaign also returns, this time with three distinct storylines. Then there are the improvements to FIFA Ultimate Team. Division Rivals, new icons, new leagues, and more! The time to collect FIFA coins all over again is coming!Get It Early or CheaperXbox users with EA Access and PC users with Origin Access can get a 10-hour preview of FIFA 19 as early as the 20th. Otherwise, you can get a discount if you own FIFA 18. There's a 10% discount when you pre-order through the console you played the previous game in. It stacks with an extra 10% discount for EA Access subscribers. This is available for PS4 and Xbox users only. Pre-orders are available until release, so take advantage while you can!PlayerAuctions - Secure player-to-player (PvP) marketplace to buy & sell game currency, gold, coins, items, skins, accounts, power leveling, boosting & CD keys.Media Contact:Daisy Marino Marketing Specialist Address: #2210 Emerald Ave. Pasig City, NCR, Philippines Telephone #: +632-621-2259 Email: daisy@playerauctions.com URL: www.playerauctions.com/path-of-exile-items/ PA Blog: blog.playerauctions.com/path-of-exile/ Facebook: www.facebook.com/PlayerAuctionsTrading Twitter: twitter.com/PlayerAuctions Instagram: www.instagram.com/playerauctions/

You can edit or delete your press release FIFA 19 Release is Official! here

10-12-2018 | Leisure, Entertainment, Miscel …
PlayerAuctions™, LLC
Celebrate Halloween in OSRS!
Halloween is almost upon us and OSRS won't let such an event pass by without giving fans something to get excited about! Last October 8, they opened the ‘Til Death Do Us Part' event. It allows players to aid Death to free his general from a mysterious rift. When they're successful, Death won't leave his helpers empty-handed. He'll bring them to a room filled with various treasures. What's in store
10-05-2018 | Leisure, Entertainment, Miscel …
PlayerAuctions™, LLC
Jagex Hires Big Names for the Development of OSRS Mobile
Nick Beliaeff, a former executive of Trion Worlds and Sony Online Entertainment, and Rob Cordero from Zenimax Online Studios and NCSoft join Jagex for the development of OSRS mobile. Both of them are excited to start, and big things are in the future of the mobile port. Expect More from Runescape With these experienced men on board, the app can realize its full potential. Both have worked on MMOs and other games
09-28-2018 | Leisure, Entertainment, Miscel …
PlayerAuctions™, LLC
Celebrate International Talk Like a Pirate Day in World of Warcraft!
Avast, me hearties! Blizzard announced a new promotion for the holiday. Until Oct. 21, if you buy 180 game days, you'll also get the Dreadwake mount. Sail through Azeroth with the flying pirate ship mount with a figurehead that references the Kraken. That's not all, though. The adorable Cap'n Crackers also became available for adoption as well. It's the perfect companion on your adventures throughout the world. Whether it is
09-14-2018 | Leisure, Entertainment, Miscel …
PlayerAuctions™, LLC
PlayerAuctions Expect More Activity for PoE Currency Trading
Path of Exile players everywhere are delving into the first-ever infinite dungeon of the game. After all, who can resist the allure of getting stronger while collecting all kinds of loot? More than that, the dungeon promises to really challenge players in the deeper levels. Stronger enemies, fewer resources, but better loot. With all the stuff to find in the dungeon, expect the PoE currency trading community to be bustling

05-28-2021 | Sports
CCGrass
FIFA Quality Field for the Frajanas Municipal Stadium in Spain
CCGrass(CCGrass.com), the world’s largest synthetic turf manufacturer, and FIFA Preferred Producer, has recently completed a FIFA Quality pitch for the Frajanas Municipal Stadium (ESTADIO MUNICIPAL FRAJANAS) in Spain. The installation of a new artificial grass in the Frajanas sports complex is a work of improvement action with the fundamental objective of responding to a manifest need for the various sports groups and users. It is about readapting the football field with the
09-05-2018 | Business, Economy, Finances, B …
Spire Research and Consulting
FIFA World Cup 2018 holds lessons for successful team building
The FIFA World Cup 2018 is widely seen as one of the best World Cups in recent memory, with many surprises and goals aplenty. One talking point was the role of teamwork as opposed to just superstar talent. What lessons can businesses learn from the beautiful game? Leon Perera, CEO of Spire Research and Consulting, shared his thoughts in The Business Times – Views from the Top section on 23
06-07-2016 | Sports
CCGrass
Aging Phnom Penh Stadium Gets FIFA 2 Star Treatment
Dating back to 1963, the iconic National Olympic Stadium of Phnom Penh, Cambodia, has been given a facelift in the form of a brand new pitch, utilising artificial grass for the first time in the stadium’s chequered half century of history. Installed by CCGrass, the new pitch has been certified as a FIFA 2 star field, one of the last such classifications since FIFA’s decision last year to replace the 1
07-07-2014 | IT, New Media & Software
Cayin Technology Co., Ltd.
Celebrate the 2014 FIFA World Cup with Digital Signage
To give fans an excellent view of the month-long football festival, the host country of the 2014 FIFA World Cup, Brazil, is making untiring efforts and arrangements by launching large-scale digital technology in the Arena Pantanal Stadium in Cuiabá. As part of the installation, CAYIN supplied a complete digital signage solution, including 122 digital signage players and 2 content management servers. Connecting more than 200 LED and LCD screens, CAYIN
05-06-2009 | Media & Telecommunications
MEDIA BROADCAST GmbH
FIFA Confederations Cup South Africa 2009 and 2010 FIFA World Cup(TM)
MEDIA BROADCAST to deliver expertise as media partner for 2010 FIFA World Cup(TM) in South Africa Bonn, May 4, 2009 - MEDIA BROADCAST has partnered with South African telecommunications company Telkom SA and systems integrator Telecom 180, to provide video contribu-tion services for the FIFA Confederations Cup South Africa 2009 and the 2010 FIFA World CupTM South Africa. The partnership teams the diverse capabilities of each role-player and leverages the
06-08-2006 | Sports
mycitymate S.L.
mycitymate launches guide to the FIFA World Cup Cities
Only one day left and the FIFA Football World Cup will begin. Hundreds of thousands of people from all over the world will come to Germany to support their teams as well as discover the 12 cities in which the matches will take place. With the new mycitymate World Cup Guide they will always know where the best Restaurants, the trendiest bars and the must see points of interest are. Just
Comments about openPR
We publish our press releases on openPR.de because we like people who are "open" - just like us.
Frank Obels, CEO, INCONET - Informationssysteme, Communication und Netzwerkberatung GmbH