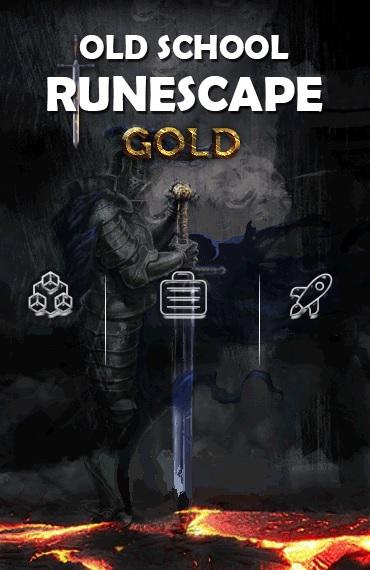 Halloween is almost upon us and OSRS won't let such an event pass by without giving fans something to get excited about! Last October 8, they opened the ‘Til Death Do Us Part' event. It allows players to aid Death to free his general from a mysterious rift. When they're successful, Death won't leave his helpers empty-handed. He'll bring them to a room filled with various treasures. What's in store is something you'll have to find out for yourself. Time to choose is limited, so be quick about it!Make sure you play with friends, as the rewards increase the more players take on the quest! More loot means more OSRS gold, so don't miss the opportunity!More Details on the EventThere hasn't been much said about when this event will end, but considering the holiday it's likely to be a month-long one. Don't let that lull you into complacency though. Seize the chance and don't let it go to waste. If you get started on collecting those loot early, when it ends, you'll have more treasure than if you started later.Many items such as the Ghost Hunter outfit and herb burner have increased drop rate in quest. Ghostly essence will also have a 10% increased drop rate. As long as this event is active, players can burn bones on bonfires.Start the quest by going to Draynor Lodestone. You'll find Death and his pillars to the northeast. A new Rider will arrive every week, bringing new challenges.PlayerAuctions - Secure player-to-player (PvP) marketplace to buy & sell game currency, gold, coins, items, skins, accounts, power leveling, boosting & CD keys.Media Contact:Daisy Marino Marketing Specialist Address: #2210 Emerald Ave. Pasig City, NCR, Philippines Telephone #: +632-621-2259 Email: daisy@playerauctions.com URL: www.playerauctions.com/rs2007-gold/ URL: www.playerauctions.com/runescape-gold/ PA Blog: https://blog.playerauctions.com/runescape/ Facebook: www.facebook.com/PlayerAuctionsTrading Twitter: http://twitter.com/PlayerAuctions Instagram: www.instagram.com/playerauctions/

You can edit or delete your press release Celebrate Halloween in OSRS! here

10-05-2018 | Leisure, Entertainment, Miscel …
PlayerAuctions™, LLC
Jagex Hires Big Names for the Development of OSRS Mobile
Nick Beliaeff, a former executive of Trion Worlds and Sony Online Entertainment, and Rob Cordero from Zenimax Online Studios and NCSoft join Jagex for the development of OSRS mobile. Both of them are excited to start, and big things are in the future of the mobile port. Expect More from Runescape With these experienced men on board, the app can realize its full potential. Both have worked on MMOs and other games
09-28-2018 | Leisure, Entertainment, Miscel …
PlayerAuctions™, LLC
Celebrate International Talk Like a Pirate Day in World of Warcraft!
Avast, me hearties! Blizzard announced a new promotion for the holiday. Until Oct. 21, if you buy 180 game days, you'll also get the Dreadwake mount. Sail through Azeroth with the flying pirate ship mount with a figurehead that references the Kraken. That's not all, though. The adorable Cap'n Crackers also became available for adoption as well. It's the perfect companion on your adventures throughout the world. Whether it is
09-21-2018 | Leisure, Entertainment, Miscel …
PlayerAuctions™, LLC
FIFA 19 Release is Official!
Sports fans rejoice, as FIFA 19's release date is now official. On September 28, you can play your favorite soccer game on Switch, PS4, PC, and Xbox One. It's still the soccer video game that you know and love, with new and improved features. Here are a few of them. New Features First, the Active Touch system provides stability and fluidity of movement. It gives better overall control of passing and shooting
09-14-2018 | Leisure, Entertainment, Miscel …
PlayerAuctions™, LLC
PlayerAuctions Expect More Activity for PoE Currency Trading
Path of Exile players everywhere are delving into the first-ever infinite dungeon of the game. After all, who can resist the allure of getting stronger while collecting all kinds of loot? More than that, the dungeon promises to really challenge players in the deeper levels. Stronger enemies, fewer resources, but better loot. With all the stuff to find in the dungeon, expect the PoE currency trading community to be bustling

07-23-2020 | Media & Telecommunications
Digital Oxygen
The Death Of GRX
As big cloud service providers like Microsoft, Amazon, and Google invest heavily in cloud-telco services, one of the most affected businesses will be traditional GRX/IPX providers, finds the recent discussion paper of the Munich-based telecommunications consultancy Digital Oxygen. Munich, July 22th 2020. With their most recent telco acquisitions, big cloud service providers like Microsoft (Azure), Amazon (AWS), and Google (Google Cloud) are showing a keen interest in the further expansion of their
02-07-2019 | Politics, Law & Society
Crowson Law Group
Pedestrian Accident: Wrongful Death Claims
According to the Washington Post on the subject of transportation, an article posted on January 23, 2019 stated that, “Between 2008 and 2017 nationally, 49 340 pedestrians were killed”. The article recorded statements from Emiko Atherton, the author of a study on pedestrian deaths by the group Smart Growth America, regarding a pedestrian danger index created using national pedestrian fatality count data from the period 2008 to 2017.  She stated
09-28-2010 | IT, New Media & Software
Mopits
Mopits.com Launches Death Messaging Service
Mopits.com is a free service that allows users to schedule Tweets, Facebook Updates, emails, and text messages after their death. Mopits releases a free service that allows users to store messages to be released after their confirmed death. The messages can be both private (emails & text messages) and public (Twitter© & Facebook©). Users can schedule the messages to be released minutes, days, months, or years after their death
04-10-2008 | Leisure, Entertainment, Miscel …
Death Clock
Death Clock Launches Advanced Life Expectancy Calculator
Leading website publisher Mark Mitchell today launched The Death Clock, a new website aimed designed solely for entertainment purposes to attempt to predict the user’s date of death by collecting various information about the user’s life. Users will be asked about certain life prolonging health facts, such as smoking habits and BMI, an indicator of body fat percentage, and of course their age. Developer Mark Mitchell commented “This website is purely just
08-15-2007 | Politics, Law & Society
The Girards Law Firm
Settlement Reached in Mr. America Death
DALLAS – The family of former Mr. America Michael Scarcella has settled a lawsuit against Presbyterian Hospital of Plano Inc., following Mr. Scarcella’s death in 2003 after he was transferred from the hospital. Terms of the settlement are confidential. “It’s a small measure of consolation for Michael’s nine-year-old son, who will have to grow up without his dad,” says Jim Girards of The Girards Law Firm in Dallas, who represents the late
05-24-2007 | Arts & Culture
die angewandte
THE DEATH OF TASTE: THE FUTURE OF FASHION
'The Death of Taste: The Future of Fashion' questions the process of fashion-making beyond the simple allure of the catwalk and its designer clothes and accessories. In the 21st century, fashion is a global industry embracing modes of instant distribution that demand an ever-faster turn-over of styles and images linked to emerging fashion tastes. From London to Vienna, through to Russia and Turkey, stylists, forecasters, buyers, designers, post-production artists and
Comments about openPR
I can't but agree to the positive statements about your portal: easy to use, clear layout, very good search function, and quick editing!
Jens O'Brien, Borgmeier Media Communication