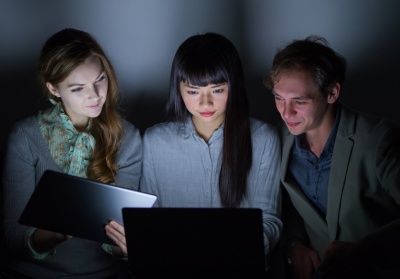 Making a living from YouTube is something that many people would love to be able to do. It’s incredible really to think that you can make a full time career, doing something you love and building a loyal audience.

But just how does YouTube ad revenue work? And how much traffic do you need for this to be a sustainable living income? Making money as a YouTuber might seem like the perfect gig. You get to get paid for creating content on any topic you wish and hopefully something you find inspiring and feel passionately about.

At the same time, being a YouTuber means that you get to enjoy a semblance of fame. You’ll have a relationship with your fans and will have engaged with them and build their trust in a way that would be impossible to approach with any other format. But how much can you really expect to make? And how many visitors will you need to attract in order to make a livable income? Let’s dive in and find out.

There are two types of ads that can show on a YouTube video. One is an ad that is displayed before or during the video and which will be a video itself. These ads will pay out different amounts depending on whether they are clicked, watched all the way through or skipped.

Either way though, the amount that gets earned is relatively small and somewhat unknown. Some estimates put the rough estimate at around $2,000 for every one million views. I have personally had access to the statistics of a YouTube channel with 3 milliion subscribers, and that was earning around $15,000 a month.

That’s a relatively small amount then when you consider how much those channels will be earning for the advertisers. It’s important also to consider that most YouTube channels will struggle to make even close to one million views per month – essentially making this a somewhat futile goal.

But before your dreams of being a YouTube star are completely squashed, consider a few points…