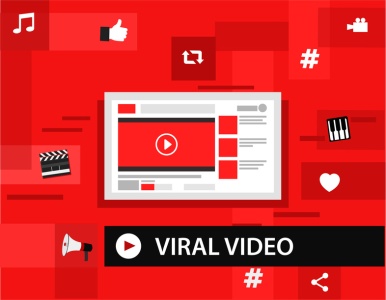 Going viral is perhaps the best thing that can happen for any marketing campaign. There is a strong element of luck here, but also a fair amount of planning and design. In this entry, we will examine how a viral hit is made and what the most important factors are for encouraging something to be shared in this manner.

Viral marketing means creating a marketing strategy with the aim of it going ‘viral’. Well, in order for a video to classify as a viral video, it needs to exceed one million views. Any video that manages this is considered a ‘viral hit’.

But the term really speaks more to the way that this video is shared, and of course it’s not just a video that can go viral. In fact, we would describe any ‘meme’ as being viral too. So, what the word viral is really referring to is the way in which something spreads. And that means that it is being shared from person to person.

The web makes this kind of sharing very easy and this is why we live in an era of ‘viral hits’. When someone posts a link on Facebook, it goes out to their whole social network. Now any of their followers who clicks ‘like’ will then share that same content with their network. The idea can this way spread from person to person like a contagion – hence the term viral. This offers fantastic ROI for any marketing campaign because it means that you can create a single post, a single video or a single link… and have it spread across millions of people. But how do you go about making a viral hit?

How to Make a Video With Potential to Go Viral

They say that a picture is worth a thousand words, in which case a video must be worth a million. While an article can be a highly persuasive tool for persuading an audience to conveying a message, it will always be fighting an uphill battle when it comes to getting an audience to stop long enough to read it when browsing the web. On the other hand, while an image can be much more immediate and effective in catching the attention, it can't convey the same amount of detailed information and so isn't as effective at making a point.

Videos are the perfect compromise then, providing something that's sure to catch the eye with bright colors, sound and movement, but then allowing you to actually speak or use text to create a compelling argument for a product or service. If you can get people to see your video, then they will be much more likely to watch it through until the end, and much more likely to engage with the message.

And better yet, if your video is good, then they may also pass that video on and share it with others thus helping you to widen your audience more and see your business snowball even without your active input. Social media makes this much easier to accomplish, but of course you still need to make a catchy and compelling video in the first place in order for this to work. So how do you go about making a video that has potential to go viral? Let's examine...

The first thing you need to ensure with your video is that it will be as short and sweet as possible. The reason for this is that even if the vide is engaging enough to hold the attention for more than a minute, most people will see the ten-minute mark at the start and then opt to avoid it or save it for later (meaning it will probably get forgotten). Shorter messages as a rule tend to travel quicker.

Meanwhile you also need to make your video somehow impressive in order to warrant sharing and this is where you need to include some kind of wow factor which is generally accomplished by showing something entirely new. This might sound impossible, but ultimately, it's a matter of doing something either very creative, or that you can throw resources at to create more scale than someone will have seen before. For instance, we've all seen a pot of paint fall over, but have we seen a gigantic pot of paint fall over and cover a whole garden? Likewise, we've all seen someone keep a shuttlecock in the air with a racket, but who has seen them keep ten in the air at once by batting them as high as possible to buy time waiting for them to come down (and doing flips to move around underneath?). These are both things that any company can reproduce by pouring a bit more time into the practice and filming (that's all the latter example is - practice) or by paying for enough paint to create a large-scale spillage. And if it results in something truly unique, then people will be likely to share (just make sure it's relevant to your message and that you leave time to promote your business too).

Finally, if you can involve an emotional hook of some sort then this will likely help you to further spread a video. This can be accomplished with the right soundtrack, by showing a facet of human nature, or by making your video somehow funny. If you can illicit an emotional response, then this is something people will want to share with others. Just try and aim for positive emotions as that emotion will end up being associated with your brand when the logo comes up.

One last point is that quality can help, but this is not a hard and fast rule. In other words, while quality and polish can make a video more watchable, in some cases, it is the rough and ready nature of footage filmed on a smartphone camera that makes the hit. This can feel more personal. So try to ensure that the quality of the video matches the tone that you are trying to convey.

If you are trying to promote your business or website on the net then there are countless avenues for doing this. The brilliant thing about the internet is that it is by nature a very powerful tool for communication and marketing. To this end you can use SEO to ensure your site is the first result on search engines, you can use social networking to get your site to spread throughout real world social connections, and you can use PPC advertising to get your links onto lots of relevant pages.

However, while this can work, the true success stories are the viral campaigns that literally explode online and gain that website tons of visibility. The idea here is that you make an advert, a video, a piece of software or something else – and that this then becomes so popular that thousands of people choose to share it with their friends. This then spreads exponentially in a kind of ‘snowball effect’ and in some cases, becomes so famous that it even ends up getting media coverage on TV and in magazines. The potential for such campaigns is phenomenal, but the best news is the fact that it’s incredibly cost effective – costing little more than the editing of a video or creation of an image and needing no further management from that point on.

openPR-Tip: Of course, you won’t be the only person angling for a viral hit in your industry, and for every success story there are several failures. So how do you go about making yours a success?

To help get a handle on what makes a great viral campaign let’s take a look at ‘Will it Blend?’. This was a fantastic series of videos dreamed up by the CEO of ‘Blendtec’. Blendtec of course sell blenders and the idea behind the video is pretty self-explanatory – he would take items, put them in blenders, and then find out as a result whether or not it would blend successfully. Everything from iPhones to toys went into the blender with almost always the same results.

In fact, this is actually part of the appeal – by choosing a name that was so self-explanatory, this removed the need for explaining what the campaign was about helping it to share faster and further.

Not only did this work as a great product demonstration (as a blender that can blend phones will make short work of a carrot), but also as something that was a brilliant way for people to waste a few minutes. Blendtec reported that their sales increased by 500% as a result of that campaign. Not too shabby… 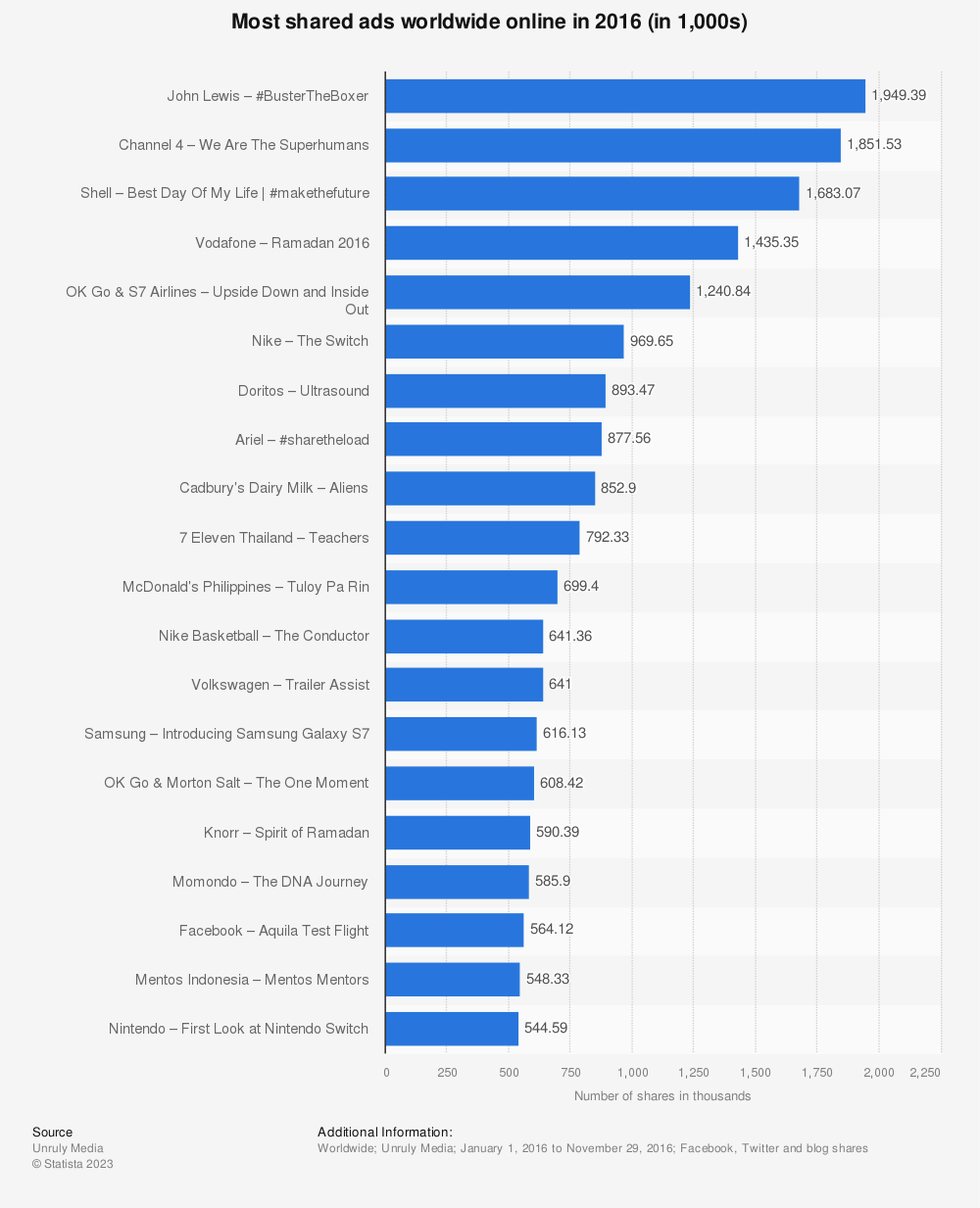 How to Make a Successful Campaign

So how can you mimic this success? Well the secret is to focus on entertainment and on fun. Make your video amusing and/or somehow engaging and people will want to share it. At the same time though you need to ensure that you relate it back to your product, website or service.

When coming up with your viral campaign all you need to do is to devote some time to brainstorming a really good idea that will catch on. It doesn’t have to be expensive or difficult to make – just fun and interesting. Many viral YouTube videos are based purely on the effort and time put in – for instance videos where people throw ping pong balls into cups and make incredible shots are very successful and are achieved simply by taking hundreds of takes and using just the best ones. Similarly, easy to emulate are large experiment that are almost modern art – drop a giant haystack out of a plain, or hundreds of footballs, and then just film the results. Blow up a building full of paint… just use your imagination.

And remember it doesn’t just have to be videos. Web apps, questionnaires and games can all be equally as successful so long as they are fun and original. We could even think of something like Snapchat’s filters are being viral, seeing as they start to appear on any number of social posts and have entered the public lexicon.

openPR-Tip: Another tip is to ensure that you make it as easy as possible for your idea to turn into a viral hit. That means that you need to make it sharable by building social sharing buttons right into your web design or your content. This way, people can simply click ‘share’ to begin sharing the content with their network.

Listen to the mood. Keep one ear to the ground and watch what other trends are emerging. Don’t try to emulate an existing trend but consider what the natural evolution for that might be. Look for statistics and try to ‘sense the zeitgeist’. Would fidget spinners have been anywhere near as popular had they released at any other time in human history? Perhaps not – seeing as we have become so ADHD thanks to the constant stimuli all around us and the nature of the web. There has never been a time that we need to fiddle with something to stop from going mad!

There are certain emotions that make something particularly likely to get shared. Try to acknowledge for instance, just how self-involved most people are and narcissistic. Personality quizzes do well because they let us share information about ourselves.

Try to avoid being too cynical with your plan. Things spread virally because they capture a mood and because they are genuinely surprising, shocking or emotive. If it appears like it’s an intentional marketing ploy, then you will lose any and all ‘cool factor’ that you might have been able to generate prior to that point.

There will always be an element of luck finally. Keep this in mind as there is only so far you can go to ‘force’ a hit. So, one last tip is to make sure that you take the ‘fail fast’ approach. Come up with lots of ideas, test them, and quickly discard the ones that don’t work.