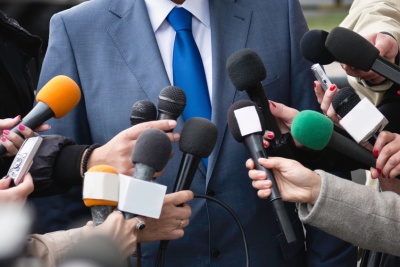 A spokesperson is one of the most important positions within a company because they have influence over much of the public perception of the company, as well as how the media portrays them. If a spokesperson says the wrong thing, the company can definitely suffer. But what exactly does a spokesperson do? In this article, we’ll discuss that, along with everything else you need to know.

The Definition of a Spokesperson

A spokesperson, in the simplest definition possible, is someone who speaks on behalf of another. Just about every big company out there has a spokesperson, as well as many organizations, government agencies and more. For example, in the United States, the President of the United States has a Press Secretary that often speaks on his or her behalf. The spokesperson is used when the company needs to make a statement that isn’t vital enough for someone like the C.E.O. to speak. However, in some organizations, the CEO or another member of the executive management team is the regular company spokesperson.

What a Spokesperson Needs

There are several things that a spokesperson must have in order to be effective within a company. First, they must have training or education relating to their duties. It is not easy to be a spokesperson for a company. Sometimes you have to be very careful what you say, and word things specifically so that they are still true, but do not give the company a negative image.

Second, you need to have access. Without access to pretty much all company information, a spokesperson is just working in the dark. Of course, there are companies out there that keep their spokespeople in the dark on purpose, and basically just use them as a mouthpiece for what someone at the top wants to say, but they are rare. Most of the time, a company spokesperson is someone who has been with the company for a long time, knows most of the secrets that the company may be keeping and has the company’s best interests in mind.

A spokesperson also needs to be savvy. There are times when it is better to say nothing and other times when a well-chosen phrase, either in a statement or at a press conference, may have a positive effect on the current circumstances of the company. A good spokesperson knows what to say, when to say it, and of course, how.

Willie Macc named National Spokesperson for Living Advantage, Inc.
Los Angeles -- Living Advantage, Inc. (livingadvantageinc.org) announced the launch of the pilot for its Virtual Assisted Living Education (V.A.L.E.) Program. This new, online application, allows the organization to harness today’s technology, in an innovative and progressive approach to helping the lives of foster youth. The pilot program will target
Sarcoma Foundation of America Announces Marisa Petroro as 2008 Spokesperson
The Sarcoma Foundation of America (SFA), a nonprofit charitable organization dedicated to increasing sarcoma related research, in the hope of finding new and better therapies for sarcoma patients, today announced that actress and model Marisa Petroro has become their 2008 spokesperson. Sarcoma is a rare cancer in adults, about 1% of
Sgt. Jill Stevens, Miss Utah 2007, Joins The National Child Alert System As Spokesperson
Miss Utah 2007 and US Army Combat Medic Sgt Jill Stevens joins forces with the National Child Alert System to encourage parents to be prepared while supporting The Afghanistan Orphanage Project. CHARLOTTESVILLE, VA -- National Child Alert System is pleased to announce Sgt. Jill Stevens as their new spokesperson. Stevens is
Live On Page Video Spokesperson Has third straight year of growth
Live On Page™ is a true innovator in the video spokesperson industry. They developed their software solution in 2007 and have since created marketing functions that go way beyond just the flashy gimmicks and gadgets offered by their competitors. For example, the Live On page™ software can recognize when Google
Susan G. Komen for the Cure®, San Diego Announces Spokesperson, Gretchen Christine Rossi
Susan G. Komen for the Cure®, San Diego has announced Gretchen Christine Rossi and Slade Smiley as official spokespeople for the 2011 Race for the Cure. Gretchen and Slade are best known for their roles on BRAVO’s hit reality TV show “The Real Housewives of Orange County.” San Diego, CA, September
© 2004 - 2022 openPR. All rights reserved. FAQ | Imprint | Privacy Policy | Terms & Conditions | Cookie Settings