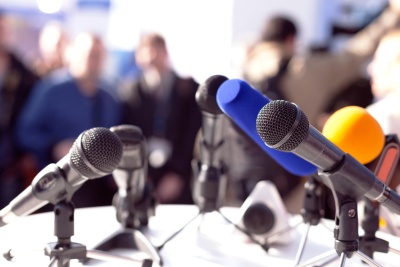 The press officer, sometimes known as a press secretary, is the person within a company that deals with the press. Some companies want to avoid the press as much as possible, but they are fairly rare.

Most companies actually want to encourage the press to run stories about them. After all, this is free advertising. But you have to be able to shape those stories into something that is going to be positive overall for your company. That's where a press officer or press secretary comes in.

There is a great deal that goes into creating the perfect press secretary or press officer within your company. They do not already have to have an established relationship with the press, but they do need to know how to cultivate them. Generally, the press secretary of a large organization is someone who has been around for some time and knows what should be done or said in the event that something happens that could have a negative impact on a company. An example might be an executive being found guilty of embezzling money or a news story surfaces that calls into question environment or safety precautions that the company recently took.

The job of a press secretary is wide and varied. However, one thing that is consistent across pretty much every industry is that it involves a great deal of writing. A press officer must be skilled at writing press releases, because a major part of their job will be determining what releases to send out, what they will say and whom they are sent to.

In addition, a press officer will be the contact person in the company that everyone will direct members of the press to for comment. This means that they need to be high enough in the company structure to know what is going on within the company, including secret projects, so that they do not inadvertently lie to the press or disclose something that the company would have preferred to keep quiet.

A press officer will be constantly talking to the members of the press that they have cultivated a relationship with. In many cases, press officers with large companies trade favors with members of the major press. This is a relationship dynamic that works to each person’s advantage. A good press officer will have contacts at major news organizations and be aware of what is going on in the news world of the industry. In return for providing some information to a reporter, that reporter might contact the press liaison at the company to let them know in advance that a negative story about the company is going to run, so that they can prepare an adequate response.

The job of a press officer is a difficult one to be sure, but it is also a rewarding one. Not only are they one of the most valuable people at a company, they have a interesting and challenging job as well.