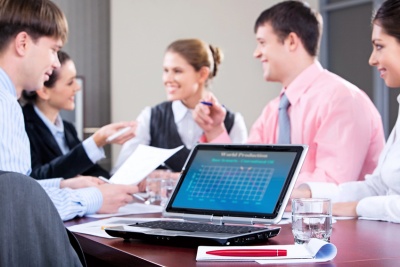 Social commerce is a form of ecommerce that uses the social power of online communities in order to drive more sales. This post explores the concept, the different techniques and methods that you can use to employ it in your own business model, as well as surprising examples that show that this concept isn’t as new as it may at first sound!

eCommerce is simply commerce, taken online. Usually, when we discuss this term we are referring to selling products online via an ‘ecommerce store’. This is a method of making sales that has many advantages for both customers and sellers. For one, it drastically reduces the overheads and investment necessary to set up an online store and fulfil orders seeing as there is no need for a physical presence or someone to take orders. This is also convenient for the buyers, seeing as they don’t need to leave the comfort of their home in order to purchase the items they really want.

openPR tip: What’s more though, is that ecommerce opens the flood gates for many new marketing techniques and sales techniques. That could mean something like using PPC and retargeting in order to show ads to people that have previously looked at a product. Or it might mean using something like a social commerce.

Social commerce is basically ecommerce, but with an added social component. And by this, we mean the techniques and strategies that leverage social media and the interactive, community-driven nature of the web and use that to drivee more sales.

If this sounds complicated or vague, then read on to discover the different types of social commerce (also called sCommerce) and how they can be implemented.

Here are a few different terms as they pertain to social commerce:

On-Site sCommerce: On-Site means that the social element has been integrated directly into your website or blog. For instance, this might mean that your users have the option to share their purchases with their Facebook friends, or it might mean that they can communicate with other shoppers via a chat room or forum.

Off-Site sCommerce: This form of social commerce means promoting using social elements on other channels. In all likelihood, this will involve using a social network, such as Facebook, Twitter, Instagram etc.

Peer-to-Peer Sales Platforms: These are tools that allow users to sell directly to one another, while the manager/owner takes a cut. The most obvious example of this would be something like eBay, which we could therefore consider to be an early example of social commerce.

Group Buying: Group buying is what happens when a group of people band together to buy something that they can all benefit from and which none of them would have been able to afford on their own. This might mean a group of friends buying a yacht for instance. OR it could mean buying wholesale in order to make big savings and then distributing the products. The web can facilitate this kind of shopping.

User-Curated Shopping: With user-curated shopping, the user can create their own lists of items, which can then subsequently be used to purchase – or to generate future recommendations. This can also include things like wish-lists. For instance, Amazon’s wish list feature allows people to create their own ‘wish-lists of products’ and then share these with other users such as friends and relatives who may be interested to know what they can buy them for Christmas.

But at the same time, Amazon wish lists can be searched. So, for instance, a top blogger or someone who is respected in a certain niche might create their own wish list that anyone else could follow.

Participatory Commerce: Participatory commerce is a form of commerce that invites the buyers/users to get involved with the process of creating the product and selling it. This way, the audience can take ownership of the brand in a sense and help to support ideas they care about. The most obvious example of this is ‘crowdfunding’.

Crowdfunding does what it says on the tin: it is funding via the ‘crowd’. In this case the ‘crowd’ means pretty much anyone on the web who might be interested in your vision – interested enough to happily fund your product without requiring a stake in it in return.

While the precise system various from one platform to the next, the process normally involves a company setting up a ‘project’ with a short video explaining what they are trying to achieve and why their audience should care. They then set a ‘goal’ (that being the target amount they’re trying to raise) and set-up some incentives to encourage people to contribute a certain amount. The most basic reward is normally worth a few dollars and normally amounts to a ‘thank you’. Mid-range rewards include discounted units of the finished product and possibly special bonuses, while the top-tier offers might mean a name in the credits. In the vast majority of cases though equity is not for grabs.

Kickstarter is undoubtedly the biggest and most popular of these crowdfunding sites and in this case, project creators only get the funds they’ve been promised if they manage to surpass their goal in the time frame. The other popular options include:

As a general rule though, the highest profile projects are found on Kickstarter, Indiegogo or RocketHub. And some of the projects that began life on these platforms really did prove to be ‘high profile’. Some notable examples include the Oculus Rift, the Pebble Watch, Shenmue 3, the Ouya and The Veronica Mars Movie to name a few.

Social Shopping: Social shopping is shopping that has a strong built-in social element – such as the option to chat with a friend, or to just ‘hang out’. It’s very possible that in future, VR could change the face of this kind of commerce!

Peer Recommendations: Ultimately, peer recommendations boil down to [user reviews’ – which is to say another example of social commerce that has been around for a long time!