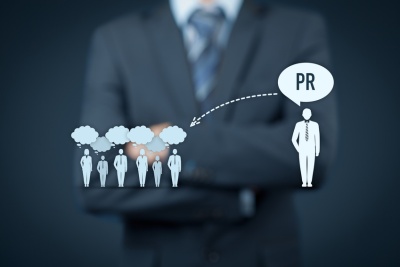 When it comes to public relations, timing is everything. Posting the right content at the right time, or using the right event or the right press release at an opportune moment can make all the difference to its effectiveness. This is the importance of PR & seasonal subjects.

When it comes to public relations – much like comedy – timing is everything. If you can make the right announcement at the right time, or if you can ride the wave of the public zeitgeist, then you can make a big splash for your company. This relates to proper company stuff and using events or publicity stunts in general as a form of promotion.

First then, let’s take a look at what PCS really means.

What is Proper Company Promotion?

PCP offers an 'alternative' of sorts to more traditional SEO. Although, seeing as SEO is really the ‘new pretender’ the word ‘traditional’ here should be used with a pinch of salt. RCS also means the same thing, but stands for 'Real Company Stuff'. The fear that 'SEO' is dead is one that has been perpetuated around the web since Google Penguin and Google Panda, and PCP and RCS are essentially potential answers to those fears.

'Proper Company Promotion' then, incorporates any more traditional form of marketing that can bring eyes to your website and help it to shine. This is link baiting, but it's also just... attention seeking.

Let's take Google as an example. Google is a funny fish and something of a paradox considering that it can't do SEO. There's just no point in Google optimizing itself for search, as you'd have to already be on their site (or Bing) for that to even have an effect.

So that leaves marketing stunts like the Google Doodles - the alternative Google logos that are sometimes interactive (like the Star Trek one). These are an ideal way for Google to promote their site, because when one person notices them they will no doubt spread the word to their friends who will check them out of curiosity. It's a few minutes of entertainment at best, but it's novel enough to generate news stories and to get people talking. Someone who might otherwise not have gone to Google that day would now be visiting just for the novelty.

What This Has to do With Seasons and Timing

And very often, this has been carefully designed to tie in closely with seasonal PR. In other words, the promotion might be based around Christmas, or around April Fools, or around the death or birth of a famous historical figure. This makes the news contemporary and significantly increases the chances that Google will get coverage.

Now, if you use this same approach for the timing and nature of a press release or a product launch, then it can have a much bigger event. Doing this though involves considerable planning and preparation on your part. You need to think for example about the nature of the coverage you’re looking to achieve. Want to get into a quarterly or bi-monthly magazine? This is referred to as a long lead date, which means you need to inform the journalists and reporters far in advance of your plans.

openPR-Tip: With a short lead date (daily newspapers, weekly magazines), it is still a good idea to have 1-2 months prior notice if possible if you want to have your news covered at a certain event. Timing is everything.
Boost Your PR – Submit Your Press Releases to openPR NOW! Click Hier for FREE Press Release Submission