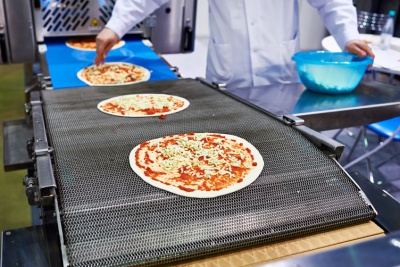 The increased demand for pizza in India in recent years has opened the doors to tremendous opportunities for key players in the pizza industry. A huge surge in consumerism, more women in the workforce, changing lifestyles and the steady growth of incomes among the middle class are all factors that are driving the growth of this market.

In recent years, the population of India has developed an appetite for pizza. Though pizza has been available in this country for some time, in the last few years, the popularity of this food has boomed. As such, key players in the pizza market are finding tremendous opportunities for investments and growth in this region. Outlets that serve this food are becoming more commonplace, and pizza is rapidly becoming a popular food of choice of many residents in India.

Though pizza has long been available in India, in the past few years, it has become one of the most popular fast foods amongst the people in this country. There are several factors that are contributing to the increased popularity of this type of food.

An increase in consumerism is one of the largest factors that have lead to the increased popularity and demand for this type of food. As more people have become more interested in pizza, the demand for it has surged. In order to meet the growing demand, more establishments that serve this type of food are being opened throughout India.

Another factor that is leading to the increased demand for pizza in India is the percentage of women who have entered the workforce in recent years. Since women are primarily responsible for preparing meals for their families, working has reduced the amount of time that they can spend in the kitchen. As such, women and their families are relying more on pizza as a fast and convenient meal.

The steady growth of incomes in India has also surged the growth of the pizza market. As income increases, residents of the country are able to expend more money on this popular fast food. This, in turn, has further increased the popularity of this food, and in turn, the demand for it.

openPR-Tip: Another reason for the surge of growth in the pizza market in India is the changing lifestyles of the residents of this country. More women in the workplace, coupled with longer work hours for both men and women, and the increase of consumerism are all elements that are shifting the traditional lifestyle in India. As such, the pizza market is becoming more prevalent in this area.

India has experienced a boom in quick service restaurants over the span of the past few years. At first, pizza proved to be a challenging sector for key players to enter in this country because the entry barriers were high and moving up in this sector was difficult. However, several brands have paved the way for other key vendors in this industry.

As the popularity of pizza continues to increase in India, residents are looking for more options. In order to meet the growing demand for this type of food, both local and international pizza establishments have developed and advanced the market for pizza in India.

It is important to note, however, that while the market potential for pizza is strong, brands that are either entering or reentering the industry have to focus on differentiating their products in order to create an impact in the market.

The increased popularity of pizza has opened the door for growth opportunities for several key global key players. Some of the most notable players that are dominating the market include Pizza Hut, Domino’s and Papa John’s, as well as several others.

For Pizza Hut, for example, India is one of the most important markets for the global distributor. This brand has plans to double the amount of stores that operate in the region over the span of the next five years. Currently, the retailer has 360 restaurants that span 100 cities throughout the country. They play to have more than 700 stores opened and operating within the next five years.

Several pizza franchisers have also started to look into using an online delivery format. This format is preferable in locations that are heavily trafficked, such as malls, universities, tech parks and railway stations.

Pizza Hut has seen a large increase in their online sales over the past year. An estimated 35 percent of the sales that the franchiser makes are through online sales and home delivery. The chain started utilizing online ordering via their website and app.

Other pizza retailers are hoping to find the same rate of success as Pizza Hut has with online ordering.

Initially, key vendors focused on larger cities; however, in recent years, retailers are looking more and more to smaller cities to grow their brand and increase their share of the pizza market revenue. The competition among vendors in the pizza market is becoming fierce, and as such, franchisors are increasing their presence across smaller cities in order to gain a competitive edge.

A tremendous opportunity for growth exists in these areas for pizza franchisers. This is largely due to the fact that the income of the middle class population is growing, which has increased the amount of money that people in this cities can afford to spend on fast food; most notably, pizza.

The Future of India’s Pizza Market

Given the rising popularity of pizza throughout India, the tremendous growth opportunities that are available for key vendors, and the constant investments that are being made to expand the growth of these key vendors in this region, it is safe to say that the pizza market in India will continue to be on the up and up in the coming years.