What is a Minimum Viable Product (MVP)? 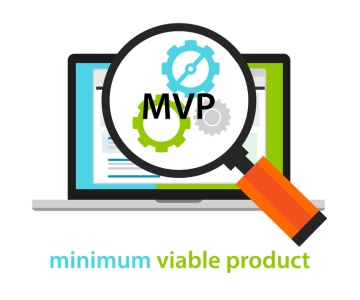 The minimum viable product is not a new concept by any means. An MVP is something that almost exclusively applies to digital or physical products & services that are sold online. In this article, we’re going to discuss the minimum viable product, including how it is defined, and how you can use this important tool to enhance your internet marketing efforts and avoid wasting time and money.

What Is A Minimum Viable Product?

Some people confuse the minimum viable product with the term prototype. However, most experts will tell you that the two are different based upon one specific area - whether or not you can mass produce and sell the product.

The minimum viable product is defined by characterized by first;

Some people still struggle with understanding what the MVP is, so we will demonstrate some of the common MVP models currently on the market.

First, let's take a well-known existing product and pare it down to what it would look like if it was a minimum viable product. The Blue Yeti microphone is a popular USB mic do to the near studio-quality level and the features that it provides. It is also one of the least expensive professional-quality USB mics on the market.

Finally, the Blue Yeti has

If you were the manufacturer of the Blue Yeti microphone, and you were had to create a minimum viable product with only enough development time for a couple of features, what would you choose?

In this case, the microphone is being promoted mostly as a pro USB microphone, so it should have

Sometimes the minimum viable product isn't a product at all, but instead, is a service. Let’s stick with the same industry that we are already in for an additional example. Suppose that you were starting a karaoke website, where people could go online, create an account and record their favorite songs.

In order to have a minimum viable product in this case, you must have

You could add in other features later on, such as the obvious choice of more songs, as well as features like

Finally, we will use the example of the video game industry. This is something that is a lot easier for many people to understand because so many people play video games. In videogame parlance, the alpha release of a game would be considered the prototype while the Beta release would likely be considered the minimum viable product. This isn't the case with every game, but it is true with many.

How the MVP Is Used

There are very good reasons why the MVP is created rather than the final product. The most obvious reason that might come to mind would be to raise capital to finish the product design, but that is actually not as common as some of the other ways that the MVP is used.

One of the ways that the MVP is used is as a learning tool. Engineers and creators design the minimum viable product and then play with it in order to

In some cases, designers find that the product that they have designed isn't going to work like they thought it would. This is why companies choose to go with the MVP rather than the final product.

openPR tip: In addition, the minimum viable product may be used for marketing purposes. Not only is being able to release an MVP product for a very low price a great way to get the word out about an upcoming final product, it is also one of the best ways to get buyer feedback. Companies often spend millions of dollars testing products with consumers to find out how they are going to be received at release. But smart companies could release an MVP instead, and rather than it costing them money, they actually make money while they're getting that valuable feedback.

The Principles of MVP Development

There are five smart principles they can be applied to MVP development in order to understand how the process of actually creating a minimum viable product works. Let's take it a look at each one.

A minimum viable product is a term that was coined in 2001 and has been used extensively by digital startups. But it can be applied to any type of business that you want to get into. If you have a product or service that you think customers would respond to, then your first step is definitely to plan out and then build a minimum viable product to help you decide whether you should take your idea forward.