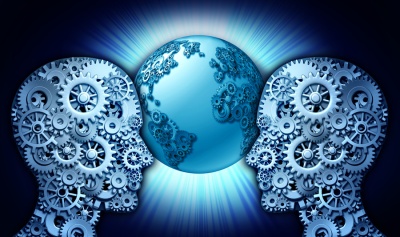 By the end of 2024, the global IT robotic automation market is expected to be valued at an estimated $16 million US dollars, a compound annual growth rate of 47.1 percent.

openPR-Tip: The landscape for this market is highly competitive and incorporates the presence of vast players that are trying to attain a sustained share of the market by providing advanced solutions and tools at competitive prices.

The increased need for intuitive and interactive solutions is the primary factor leading to the growth of this market. This factor is expected to increase the growth of this market, making it a highly competitive market, over the forecasted period. Key players are focused on developing automation tools that are highly functional and providing services at affordable rates in order to acquire a competitive edge.

Global IT Robotic Automation Market and the IT Sector

The increased demand for modernizing the processes used by businesses that aims to improve the productivity of this market and enhance consumer satisfaction across various industries is also increasing the developing of robotic automation solutions. For example, the increased automation of various routine processes across multiple businesses in several emerging economies is driving the growth of the market.

The increased popularity of robotics in IT enterprises in regard to bringing improvements of processes in key business functions, particularly financial management and accounting, is a vital factor that is enhancing the growth of this market. Moreover, the increase of robotic automation tools is widely fuelled by their use in BPO infrastructure management. In regard to the IT sector, robotic services are gaining traction for automating invoicing, collecting tasks, processing payments, handling queries and integrating data. Additionally, the heightened demand for robotic tools in order to enhance compliance has also lead to an increase in this market.

The increased popularity of robotic solutions for the management of large data, as well as the growing demand for infrastructure management in the IT sector are specific factors that are expected to contribute to the growth of the Global IT Robotic Automation for upcoming years.

The random control handed out to a select few programmers or end users to manage several specific businesses processes in the IT enterprises are a critical concern. This concern is expected to hinder the growth of this industry. Additionally, the complexity of some of the outsourcing contracts that currently exist in the BPO sector is also expected to negatively impact the growth of the IT robotic automation market. This has prevented the adoption of robotic automation tools in the IT industry on a wide scale in various regions.

Assessment of IT Robotic Automation

IT Robotic Automation software offers enhanced efficiency, as well as the ability to leverage additional software without necessitating the need for integration. This is also expected to contribute to the growth of the IT robotic automation market during the forecasted period. In addition, automation software is increasingly being adopted in the finance and accounting sectors.

Automation software operates at the GUI level, which eliminates the need for integration. Increased use of this software in the service industry in order to improve the satisfaction of consumers, as well as improving productivity in the manufacturing sector are also factors that are expected to drive the development of the IT robotic automation market. Furthermore, the cost associated with implementing IT robotic automation in the manufacturing sector is significantly higher as compared to the service sector.

Growth of the Global IT Robotic Automation Market by Region

Both North American and Europe are expected to lead to the increased growth of the IT Robotic Automation Market on a global scale. These regions are expected to increase the quality of services requirements for users in these areas.

Key Players in the Global IT Robotic Automation Market

There are several companies that are expected to increase the growth of the IT Robotic Automation Market on a global scale. The most notable companies that are projected to lead to growth include BluePrism Ltd, IPSoft Inc, Automation Anywhere Inc, Be Informed BV, Hewlett Packard Company, Sutherland Global Services, and Infosys Ltd.

Blue Prism provides automation software, which involves developmental toolkits and technologies. They also do not necessitate interpretation and data input by humans. Furthermore, the software is expected to reduce the need for offshoring.

IPSoft Inc, a New York-based company, offers autonomic IT services for the management of infrastructure. This company has created software that has the ability to detect diagnosing, remediate and rescale incidents and events.