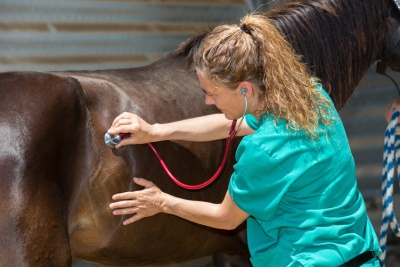 The Global Animal Healthcare Market was estimated to be worth more than $26 billion US dollars in the year 2016. By the year 2024, this market is expected to experience a compound annual growth rate of 4 percent.

There has been a huge surge in the animal healthcare market on a global scale in recent years. The sharp increase in pet adoptions, the increasing incidence of infectious diseases being transferred from animals to people and the need to control those diseases, and the advancements that have been made in the development of medications for better animal health are all factors that are contributing to the increased growth of the global animal healthcare industry.

Additionally, attractive initiatives made by the government and increasing disposable incomes in emerging nations will make it possible for people to adopt animals as pets and spend more money on the healthcare of these animals. In the coming years, the trend of adopting pets and maintaining their well being is expected to contribute to the rising demand for a variety of pet animal healthcare products.

The widespread adoption and implementation of vaccination programs pertaining to animals and the mandatory vaccination of animals in certain areas is also expected to increase the growth of this market. Moreover, the development of new medications and biological will allow for a tremendous expansion of the industry.

An increased demand for animal-sourced protein will increase the farming of animals over the forecasted period. Constantly increasing research and development in regard to new medications for pet cancer will also fuel growth in the industry. However, there is a likelihood that the increased incidence of the spread of diseases from animals to humans as a result of consuming infected animals will restrict the growth of the industry. 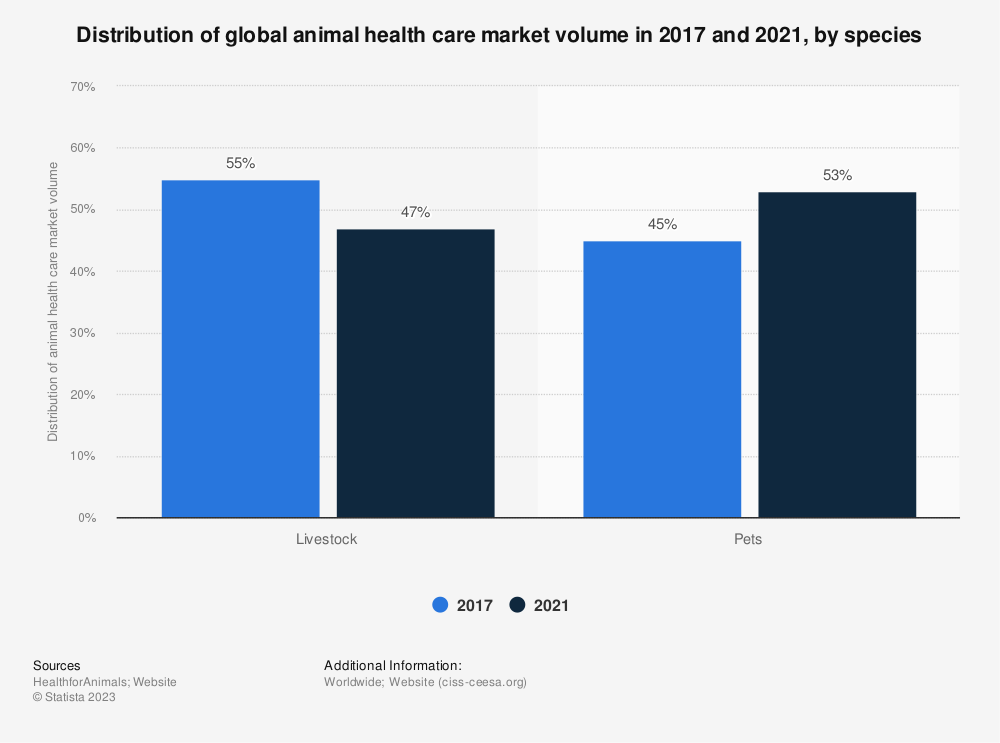 Growth of the Global Animal Healthcare Market by Pharmaceuticals

There are two drugs that are showing to be the major contributors to the size of the animal pharmaceutical market:

The increased need to feed animals free of diseases will drive the growth of the industry over the forecasted time period.

Pet medications are also expected to contribute to the growth of this market. In recent years, pet medications have been in high demand, as a result of the increased awareness among the pet owner population in regard to the importance of the prevention of pet diseases. This will increase the consumption of medications during the forecasted time period. Moreover, the increasing development of medications by pivotal players in the industry is expected to make the market even more lucrative in over the next few years.

Vaccines have garnered major importance over the past few years. This is expected to change trends in regard to the prevention of diseases, which will likely result in the development of a variety of prophylactic vaccines. Additionally, the trade of animals or their meat for the purpose of consumption will likely increase the demand for vaccines on a global scale.

Governments have established vaccination programs, which are expected to increase the role that vaccines will play in boosting the global animal healthcare market. For example, governments have created scheduled vaccination programs for dogs, and it is believed that this will drive the demand for companion animal vaccines. Increased development in pet vaccines will also increase the growth of the industry over the forecasted time period.

With that said, it should be mentioned that the prohibited use of antibiotics and antimicrobials, primarily in the US and in Europe, would prevent the market from growing to its fullest potential. Some of the most prominent countries, including France, the UK and German, have restricted the use of a variety of antibiotics in animal feed. As a result of this restriction, the antibiotics feed market may experience a decline in the upcoming years.

The increasing demand for animal-sourced protein has significantly contributed to the market size of farm animals. The goal is to increase the production of healthy, disease-free animals for human consumption. As a result, there is expected to be a huge increase in various animal healthcare products, including medications, biological, and medicated feed additives. This will likely lead to a considerable increase in the size of the market. The constant growth of the population and the increased need for animal-based protein will most certainly increase in the coming years, which will result in the growth of the market.

Animal healthcare for pets is set to increase rapidly in the upcoming years. On a global scale, pet adoption rates are skyrocketing as people are becoming more and more interested in having pets for companionship. The increasing amount of disposable incomes of pet owners has lead to more spending on pet healthcare, which will contribute to the growth of the industry.

Other regions that are contributing to the growth of this industry include North American and China, where government initiatives and the rise in pet ownership has sparked the need for more advanced animal healthcare.