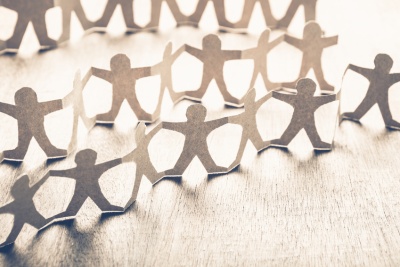 The term early majority is defined as the first part of a population that uses a product, typically a product that pertains to technology. Statistically, the early majority comprises an estimated 34 percent of the population. This group adopts a new product after they have seen it successfully being used by earlier users known as innovators or early adopters. In this article, we’ll further define the early majority and explain why it is important in marketing.

According to the Diffusion of Innovations Curve, which was developed by Everett Rogers, consumers are divided into five groups:

Why the Early Majority is Important

Businesses use the Diffusion of Innovation Curve to determine how long it will take at least 50 percent of the population to adopt a new product. The innovators and early adopters are usually the first to try a new product; however, it can take some time for the early majority to be comfortable enough with the new product and actually purchase it.

While innovators and early adopters are the first to try out a new product, they aren’t generally considered high priority customers, as these two groups are the most likely to try out any new product that comes onto the market. The early majority, however, is the most important group of consumers to companies. Why? – Because this subset is generally considered the first large percentage of people to purchase a product. As such, once the early majority starts purchasing products, companies can really start to measure their return on investment and their success. Moreover, when the early majority adopt a product, the late majority will soon follow and begin purchasing a product, which will lead to even more sales and success for a business.

Qualities of the Early Majority

This group of consumers is often referred to as value shoppers. They carefully watch the innovators and early adopters because they want to make sure that the product will be a worthwhile investment. The early majority will only purchase new products if they are certain that it will be valuable to them; in other words, they want to ensure that the innovation will not be a waste of their money and their time.