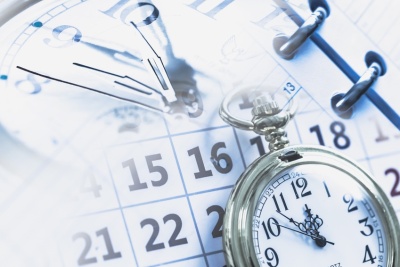 Dayparting, or the daypart, is a term that used to refer only to the parts of the day divided by the broadcast television and radio industry. But today, that term refers to more than just television radio. In fact, most internet marketers are targeting specific parts of the day, because they know that the right people will be online during those times. In this article, we will go over dayparting and how one specifically goes into choosing the parts of the day that are right for advertising.

If you are trying to choose the right time of day to advertise, then what you end up choosing will depend upon several things. If you have a product that is of Interest to a certain demographic, then you must find out when that demographic will be viewing your medium, or listening, in the case of radio.

So, for example, if your product must be marketed to mothers and your major demographic is moms aged 25 to 50, then making your advertising campaign available during daytime hours might make sense, no matter if you were talking about an online advertising campaign or television commercial, because there are still lots of stay-at-home moms, and they will most likely be watching television or browsing the internet during the day.

In some cases, you simply want to restrict certain a daypart. For example, if you know that demographic that you are targeting will definitely not be available during the night time hours, then you may want to restrict your advertising campaign to every other time except night time.

Something else to keep in mind is that dayparting may be done when a business is open. For example, if you have a brick-and-mortar business, and you're trying to get people to visit your location, then you might only want to run pay per click campaign during the hours that you were open. Of course, advertising is rarely about getting someone to come into your store right then and there, but in the case of a major promotion or event that you're having, you want to make sure you target deep parts that correspond most closely to the time of that event.

There is a great deal of research that has gone into dayparting and figuring out what certain demographics do during certain times of the dayparting is also becoming extremely important in the newest forms of technology such as mobile advertising. For example, the biggest percentage of time spent on a mobile device happens between 6 p.m. to 10 p.m. During that time people are mostly playing games on their mobile device, using social media or checking out the news.

If you only have limited resources with which to advertise, then it makes sense to know what time of day you would be able to maximize your profit. If you are targeting mobile users, and you have to pay for any advertising that you do, whether it gets results or not, you definitely want to target those peak hours from 6 to 10. However, in pay-per-click (PPC) advertising campaigns, it really doesn’t matter what time of the day you run it, at least when it comes to cost. You only pay when someone clicks. But if you run your ad during the time that mobile users are apt to be online, then you are going to get a bigger response with a corresponding higher cost (and hopefully a higher rate of return as well).

Dayparting is something that everyone in marketing should be familiar with and use to their advantage whenever possible.