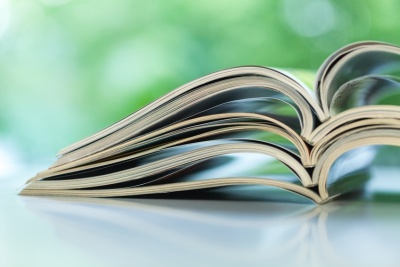 Custom media, which is a shortened version of customer media, is a marketing tactic where that is being used in the marketing world today with great results. This is due to the internet and the ease in which you can get media into the hands of the consumer. In this article, we are going to cover everything that you need to know about custom media and using it in the marketing of a product or service.

What Exactly Is Custom Media?

Custom media May refer to everything from the production to the distribution of media like video, audio or print as well as events that are designed to entertain while still making an impact in the mind of the viewer or listener regarding the sponsor of the media production. In other words, it is when an otherwise entertaining media channel is sponsored.

Probably the best example of custom media in action is the YouTube video. YouTubers make money by displaying ads called pre-roll ads at the beginning of their video. But these ads do not make the YouTuber very much money in some cases and you have to have lots and lots of use in order to make anything at all.

Because YouTube uses a skip button to improve customer experience, it is common for YouTubers to have a lot of video views and still not be making a great deal of money. But these YouTubers can be considered brand influencers. In other words, the people who are loyal to them would probably try out for themselves, based solely on that YouTubers recommendation. That’s why it is worth it for companies to sponsor a video.

Another form of custom media is the viral video. Viral video is used in the sense here of a video that is produced to go viral not necessarily a video that has gone viral. Many companies have had success producing viral videos that are advertisements. One common example is a viral ad for the movie Carrie that showed a prank where a person would come into a coffee shop and move things, apparently through psychokinesis. Books would fly off the shelves, tables would move, and more. Of course, this was set up in advance and done multiple times to be filmed and then released as a short video that happened to go viral.

There are plenty of examples of videos that are produced to go viral and never actually do. It is very difficult to tell what will make a video go viral these days but just be aware that this type of video is also known as a custom or branded video.

The custom magazine is another type of custom media that has become quite popular. Custom publishing in the United States has grown in recent years and now many companies are producing magazines that promote their own brand. The airlines were the first company to see the value in this, producing in-flight magazines for passengers to read that promoted their own airline.

The Goals of a Custom Magazine

Steps To Take Before Launching a Custom Magazine

The first step that you need to take the magazine is to the side what your objectives are. What are you trying to achieve with this magazine exactly? Obviously, you want to be able to communicate between your brand and the customer, but what does that mean exactly. What exactly what do you want to communicate to them? These questions need to be answered before you launch your magazine.

Step two is one of the goals that we just discussed. You need to know who your audience is. But it goes further than that. You don't want to just know who you're readers currently are, you want to know exactly who your targeted readers are. If you are writing a magazine for the current readership and not trying to draw in new readers, your magazine will not grow.

The third and final step is to decide what your main message is going to be. You should have a theme that is present in every issue. From there, all you have to do is determine what the technical specifications are going to be, then design and publish it.