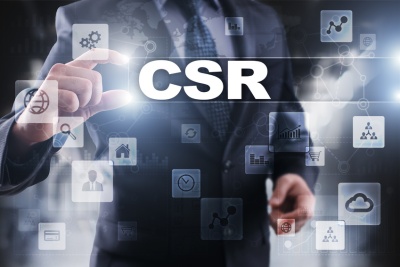 In online marketing, brand safety refers to the processes and tools that ensure an ad will not appear in any context in which it could do harm to an advertiser’s brand. Brand safety is extremely important, as poor placement of advertisements could potentially damage a brand’s reputation, negatively impact sales, and ultimately ruin the overall success of a business.

When applied to digital advertising, brand safety refers to the tools and practices that guarantee an ad that is placed online does not appear in any context that could possible damage the brand of an advertiser. When it comes to online advertising, this is extremely important because advertisers do not want to invest any amount of money on an online ad campaign in which their advertisements could end up being placed next to inappropriate, offensive or negative information. Placement of ads next to such content could negatively impact a brand, as it could reduce sales, damage a brand’s reputation, and ultimately ruin the success of a business.

For instance, a hotel wouldn’t want to have their ads placed next to an article that discusses the epidemic of bed bugs in hotel rooms. Likewise, a soda company wouldn’t want to have their ads place next to an article that highlights the negative effects soda has on health. Additionally, advertisers have little knowledge or control over where their ads are being placed, especially on video content sites, such as YouTube.

openPR-Tip: As such, brand safety ensures that brands can guarantee their ads won’t be displayed before content that could be seen as offensive or inappropriate. Should an ad for a brand be placed before such content, that brand would then be associated with that inappropriate or offensive content, which could potentially lead to irreversible damage.

Categories Brands Should Avoid Placing Ads Next To

There are different tools and processes that can be used in brand safety measures. Commonly, within an ad network, websites can be scanned so that inappropriate content can be detected with the Brand Monitoring. Additionally, brand safety measures can be taken at a campaign level. This would involve embedding a code with an advertisement.

The code would then scan ad placement locations, including URLs and domains, and would determine whether or not the location was considered inappropriate. When inappropriate content is found, an ad verification vendor would prevent the ad from being displayed near that content, or the URL would be flagged so that an advertiser could see it on a post-campaign report.

Initially, services associated with brand safety were only offered to agencies via dedicated services and tools. Today, however, these services and tools are more commonly being embedded directly into ad servers, ad network solutions and ad exchange.

Advertisers shouldn’t just use tools for brand safety; they should also follow certain steps to further safeguard the brands that they are working with. These steps include:

Brand Safety is one part of a great Brand Management.

Ad Tech Company SelectMedia Awarded With the Global TAG Certified Against Fraud and Brand Safety Certified Seals
SelectMedia, the ad tech company, is proud to announce it has been awarded the TAG Certified Against Fraud and TAG Brand Safety Certified Seals by the Trustworthy Accountability Group (TAG), the world’s leading program to fight criminal activity and protect brand safety in digital advertising. To qualify for the certification programs,
Zulu5 Delivers Digital Advertising Transparency and is now TAG Verified
Zulu5 continues to develop its commitment to transparency, market insight and brand safety Zurich, May 10, 2017 - Zulu5 is pleased to announce it is Verified by TAG (Trustworthy Accountability Group) and listed in the TAG Registry. TAG is the leading cross-industry body fighting criminal activity in the digital advertising supply
DynAdmic opens Office in the media city Düsseldorf (Germany)
The expansion continues: With a new office in Düsseldorf DynAdmic continues its ambitious plans to grow in the European market by choosing a strategically important placement in the media city to open an additional hub in Europe and grow its business in the DACH-region. „Today Germany already represents the second
Keating Capital Participates in Tremor Video’s $37 Million Preferred Stock Offering
September 13, 2011 – Greenwood Village, Colorado – Keating Capital, Inc. (KeatingCapital.com), a pre-IPO investment fund, announced that on September 6, 2011, it made a $4 million investment as part of a $37 million preferred stock financing round of Tremor Video, Inc. (TremorVideo.com). The round was led by new
Study on U.K. Digital Advertising Highlights Key Drivers and Factors Prompting Growth Till 2022
An analytical research report titled “Digital Advertising – UK – May 2018” has been recently added to the vast repository of Market Research Hub (MRH). The advertisers’ requirement to tap into growing trend of mobile video, along with the fact that nearly half of the internet time in the U.K.
© 2004 - 2022 openPR. All rights reserved. FAQ | Imprint | Privacy Policy | Terms & Conditions | Cookie Settings