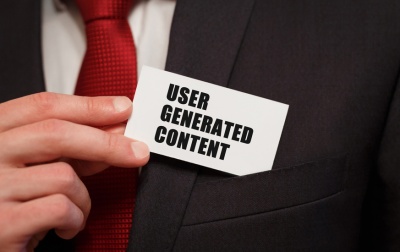 You first need to know exactly what user-generated content is. User-generated content, often abbreviated UGC, is content that is created by the very people that you are targeting with your ad campaign. Imagine if you wanted to advertise to a certain group of people and their circle of friends. Now, imagine that the first group wrote the ads and showed them to those very same friends. That’s sort of an example of what kind of power user-generated content has.

openPR tip: Basically, whenever you create a marketing campaign that inspires customer participation on a larger scale, you are running a successful UCG campaign. This may mean that they take pictures, write content, submit videos or a variety of other options. Generally, user-generated content campaigns go hand-in-hand with social media marketing and promotions.

It was the mid-90’s to the mid-2000’s that saw user-generated content start to grow at an expanding rate. First, the bulletin boards on the web began to grow, causing websites to get more search index entries and become bigger thanks to that content. IMDB was another website that was way ahead of the curve. The BBC may have started the first multi-media UGC campaign in 2005. The perfect example of user-generated content is Wikipedia, which began in 2001. In later years, it was things like iReport, launched by CNN in 2006 to allow users to participate in the news that served as the basis for the modern UCG movement that would happen in the following decade and today is used to build trust and get visibility.

Why is user-generated content so important? The reason that companies use user-generated content in order to achieve their marketing goals is simply due to the fact that UCG encourages customer participation and helps make purchase decisions like nothing else out there. When people are participating actively in a campaign, they automatically share with their friends and family and they promote the business or product without even realizing that they are being targeted in an advertising campaign. What they are doing is having fun. From the company’s perspective, user-generated content cost them nothing to produce and creates market saturation and conversion like very few other marketing tactics. From the perspective of the customer, they are participating in something fun and feel as if they are part of something. In addition, consumers trust social media more than blog posts, web advertising or anything else out there.

Let’s take a look at some of the most well-known user-generated content campaigns that have been used in the last few years. One of the campaigns aside a great deal of success in recent years is one that target department store conceived, requesting that people send in videos of themselves opening up their college acceptance letters and then contributing millions of dollars to scholarships and educational foundations, culminating in them using those videos in a new commercial that got real results.

The Heineken beer company was another innovator when it comes to the world of user-generated content. Heineken start of the UCG campaign with recycling as the main thing. They asked users to send in their own ideas on how they could improve beer packaging and make it more environmentally friendly. Ultimately, customers submitted hundreds of ideas and the Heineken Company got lots of free advertising.

Perhaps the most famous example of user-generated content came in the form of an icy cold shower – literally. The ALS ice bucket challenge may not have been created by the organization themselves, but it certainly used user-generated content to its full potential, spreading like wildfire and garnering millions of dollars in donations towards Lou Gehrig's disease treatment and research. Social platforms like the Facebook page and Twitter account were used to spread this.

Another company that has its finger on the pulse of user-generated content is Starbucks. In 2014, Starbucks launched their white cup contest, where they asked people to draw on their Starbucks cup and then submit their entries. They received almost 4000 entries and they chose one that became the design for Starbucks limited edition mug. Users were excited to show off their artistic talent and even the entries were created by users but didn’t win were viewed by many people.

Finally, the Queensland Islands decided to promote tourism by holding a contest for a caretaker job on a beautiful island resort that paid a huge amount of money. The winner would get to serve as caretaker for six months, which basically was like a vacation except that they were getting paid for it. Users submitted videos to show that they were right for the job and tourism in Queensland saw an increase in revenue as a result.

Let's take a look at some expert advice regarding user-generated content that you can use to make your campaign as effective as possible.

User-generated content is a tool that is used to get customers to participate in your marketing, usually by offering some sort of contest or by incentivizing their participation in some other way. A UCG campaign is so effective because customers themselves are spreading the message, and they are excited about it. There are lots of ways that you can use a user-generated content campaign, but keep the expert tips in mind when you do.