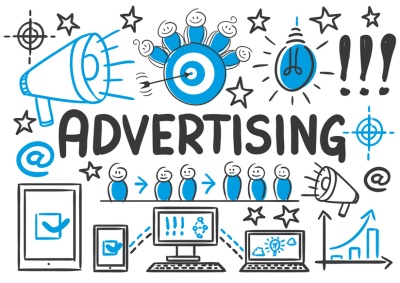 If you want to build your reputation online and drive more traffic to a website or blog, then PPC advertising is one of the best ways to go about. But don’t be limited by thinking that Google AdWords is the only kind of PPC that matters. Consider Bing… Everyone knows that Google has significantly more market share than Bing, so why would an advertiser want to consider showing ads on Bing?

Let’s say that you are currently making money from AdWords and a small product. There’s a good chance that your conversion rate will be lower than .1% for that book unless you really know what you’re doing. And chances are that you won’t be charging much more than 20% for it. Meanwhile, money from PPC as a publisher is paltry.

So you spend more money – because that’s the gut reaction most of us have – and this then results in you actually losing out because you’re not making the sales to fund that. Google is too big and too popular for the small brands and startups out there. Did you know that Amazon is spending up to one million dollars per day on advertising? That’s a huge amount of cash and it’s far too much for most of us to compete with!

What’s more, is that because there are relatively so few people on Bing compared with AdWords, you’ll find it much easier to get noticed and place your advert there. Remember: these sites work on a bidding system, so as there are fewer advertisers on Bing, your PPC won’t get driven up. This system works the same as eBay, so in order to win a bid, you only need to pay the lowest amount necessary to beat the next highest bidder. If the competition is willing to pay 20cents, you will pay 21cents – even if you set your highest bid at $30.

openPR-Tip: And guess what? Amazon sure doesn’t spend 1 million dollars a day on Bing ads! (It does on Google.) So this means you can approach Bing ads with a much lower budget and PPC and you’ll be able to drive more customers to your site.

To be more precise, you can expect to pay 33.5% less for Bing Ads than you do for Google. And what that means for you in real terms is 33.5% more customers for the same amount of money. This is good news.

Bing is Bigger Than You Think

Which is not to say that there’s nothing going on here at all though! After all, Bing actually has around 20% of the market share (this figure changes all the time) while Yahoo! (which is powered by Bing) has 10%. That’s 30% in total. 30% of your market!

If you’re ignoring Bing Ads, then you’re turning your back on 30% of the audience that you could be catering too. In what other context would you ever do this? And we have lots of good reason to suspect that Bing might grow in time too. For example, Google recently announced that users would no longer be able to download images from Google Images. That’s a big blow that is sure to drive a lot of new traffic to Bing!

What’s more, is that you’ll be getting seen by a slightly different target audience and this will help you to build up your own brand on a platform where it will stand out more. And think about the kinds of people who are likely to use Bing – they’re the kinds of people who are likely to be ingrained with the Microsoft ecosystem. That means businesses, CEOs, CTOs and Mums and Dads. This is a good audience if you’re hoping to make sales of a range of different products.

Finally, you can also use Bing Ads as a way to more affordably test which search terms are most valuable to your site. Then if you find some that work very well for you, you can target those keywords on AdWords.

There are some features of Bing Ads that you won’t be able to use on Google:

Bing makes it easier for you to decide who gets to see your ads and this in turn means that you can make sure that only people in your local area are getting shown them. (You can also show your ads to people searching for things in particular areas if you like, which is handy if you want to advertise to people searching for hotels and activities in a city they’re visiting – for example).

But then you need to make sure that includes local time – because searches at 3am likely aren’t going to be from people nearby. What’s more, is that people are more likely to take action at certain times of day: for example, people will more often buy products in the evening after work because they’ll be slightly tireder which makes them more impulsive! A lot of psychology goes into a good PPC campaign…

Bing also allows you tighter control over device targeting than Google. This means you can opt to show your ads only on tablets or smartphones for example, which is a very useful feature if you are selling an app for example. This is also useful if you’re trying to capture people who might be in the local area looking for food. You can combine these factors to, for instance, show your ads to people who search for restaurants, while in your local area and during lunch!

Both Google and Bing offer the ability to track ‘goals’ but Bing makes this considerably easier because it doesn’t involve integration with Google Analytics. Rather, the entire process can be handled through Bing itself. So there are plenty of reasons to try Bing Ads. Is this a part of your strategy yet?