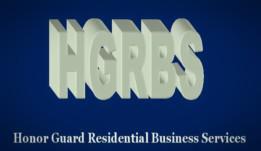 [The “HOME SERVICE VALIDATION SYSTEM” is a rare American, unexplored, ultra-conservative home improvement contractor screening alternative Introduction [Among the leading reasons for most contract-related home maintenance and improvement improprieties in America is that private home decision makers neglect doing the necessary research on contractors. The "HOME SERVICE VALIDATION SYSTEM" can be enormously instrumental in changing that. It all begins with the "SERVICE VALIDATION FORM"] There is a website (match heading) where private home heads can learn how to effectively use this ultra-modern document and successfully develop its complementary system in order to decrease by as much as 100% the risks for making hasty contractor selection and hiring decisions. This is the nation’s first standardized residential contract screening system which is predicted to be practiced in all major U.S. geographic regions by the year 2024.]Universal Law of Home Project Success & Failure “The leading reason for most successful contract-related home projects is that residents “do” thorough enough service validations on contractors; the leading reason for most unsuccessful contract-related home projects is that residents “do not” do thorough enough service validations on contractors.”Requirements for Query with Minimum 5 When private home heads anticipate authorizing contractor assistance, one of the first things the system emphasizes is residents’ self-awareness of basic natural human tendency or propensity to rush into making decisions premised more on impulse rather than on reason. Historically, decisions based primarily on “impulse” have regularly proven to be major causes of victimization by dishonest factions of home improvement contractors. In addition, it has been daily proven that residents’ chances for getting the specific nature of service they require at reasonable prices by honest contractors are far greater interviewing several before deciding. This system suggests that residents first interview at least five (5) contractor-candidates who are similarly skilled towards the sort of projects to be delivered.Initial Research/Validation The “HOME SERVICE VALIDATION SYSTEM” also recommends that residents’ "initial research" include the 3-factor approach: 1. Word-of-mouth 2. Internet search engines 3. Contractors themselves Invariably, this approach supports residents’ scouting for contractor candidates who are best skilled for their projects. By inference private home heads are encouraged to be cognizant of the fact that neighbors can tell them anything; internet search engines can be deceiving if not approached cautiously; and often the contractors themselves will tell them anything for access to their funds. Subsequently, residents are encouraged to always proceed with care in the process of scouting for and selecting contractors. Further, residents are inspired to be “ready to reject several” contractors consecutively who do not check out well. The 10-Minute Meeting Inclusively, within the present context of the system, encouragement is offered for adopting a process known as “The 10-Minute Meeting.” Although the ideal for limiting the initial meeting with contractor-candidates to 10 minutes is often regarded as arbitrary (interviewing a minimum 5 candidates separately for 10 minutes within an hour!), it is designed to inspire nuances for residents to interview wisely within the shortest expanse of time. This is explained in greater detail upon residents visiting its respective website for the free online home study. System’s 4-Phase Agenda There are basically four (4) phases for complete implementation of the system: Phase 1: Contractor is interviewed while resident escorts contractor around the home/property explaining details about expectations, getting the contractor’s feedback, then giving the contractor a specialized screening document to fill out (Service Validation Form). The contractor is instructed by resident to take it with him/her to fill out and to return on the following day or at some later point. There is also a requirement for the contractor to provide references to a minimum five (5) residents for whom the contractor has done same/similar work. Phase 2: On the following day or at a later time, the contractor returns the form completely filled out (and signed in the appropriate space) along with the required nature of residential references. The resident then notifies the contractor at that time of his/her intent to connect with the contractor on the following day about a decision. Phase 3: Resident conducts a proper reputation check/service validation by all legal and publicly accessible data sources/resources to discover if whether or not the contractor can be trusted to deliver. Phase 4: Resident connects with contractor as promised, with the decision. Premised on the resident’s findings using the system the contractor will be either: a. Accepted for the project b. Considered for a future project c. Declined/Banned Summary The “HOME SERVICE VALIDATION SYSTEM” was developed under the auspices of HGRBS. It is an assemblage of ideas based on credible cause-effect factors offered by a diversity of volunteers and garnered from a number of incidental sources since the creation of the ‘SERVICE VALIDATION FORM” in late 2013. There are no available reports for its use. In this view, the system itself is yet to be “validated” through its reported use and impact. It is mentioned here because of its theoretical potential to equip U.S. private home heads with an effective mechanism for making safer and wiser decisions about contractor-candidates vying for their trust relative to their home project requirements. We will not know the extents to which this controversial, yet-to-be-proven system is complementary to residential progress in this area until those who use or have used it share data to that effect.*SERVICE VALIDATION FORM: Special contractor screening document created in 2013*HOME SERVICE VALIDATION SYSTEM: Ultra-conservative system for contractor screening which is developed around the use of the SERVICE VALIDATION FORMEdited by E. McLaughlin in association with HGRBSPublic Courtesy – HGRBS – a 501 (c) (3) non-profit corporation of independent volunteersHGRBS is a 501 (c) (3) nonprofit corporation of independent volunteers. Emphasis is on the rights and privileges of US private home heads to make safer and wiser choices in relation to the people they hire to assist with their special home maintenance and improvement projects.HGRBS C. Gordon, Media Relations 1902 2nd Ave Seattle, WA 98101 United States

03-21-2019 | Associations & Organizations
HGRBS
Honing The Eyes Of An Eagle - Seeing From A Distance
Home: The Best Wonder of the World! For many of us, our homes are the undisputed “best wonders of the world.” Wherever we go returning to our residences remain central on our minds. On the overall, there is no other place on earth which offers quite enough for us by way of comfort and convenience, except of course, an even more secure and enjoyable place to be. On occasion, for the sake
02-14-2018 | Associations & Organizations
HGRBS
HGRBS Honorary Volunteers In Relation To US Private Home Sector
HGRBS Honorary Volunteers In Relation To US Private Home Sector [HGRBS is a non-profit 501(c)(3) corporation/ministry of independent volunteers. Exclusive emphasis is on supporting the rights and privileges of American private home heads towards making safer and wiser contract-related decisions and getting better results from contractors entrusted to assist with their special home maintenance and improvement projects.] Presently HGRBS is primarily an online entity with specialization in connecting with and supporting U.S.
02-01-2018 | Associations & Organizations
HGRBS
New Resident- Friendly HGRBS Online Addition-‘Ghost Contractors, Ghost Website …
HGRBS, an American homeowner’s advocate non-profit has recently added “Ghost Contractors, Ghost Websites” to its resident-friendly site “HOME SERVICE VALIDATION SYSTEM.” New Online Resident-Friendly Page HGRBS has recently added the new home service area, “Ghost Contractors, Ghost Websites” to its online repertoire of resident-friendly information which offer relative panaceas to contract-related home improvement challenges. In an age of hi-technology with residents increasingly using the internet as a major information resource for “contractor
01-10-2018 | Associations & Organizations
HGRBS
New Online Booklet U.S. Private Home Heads Need for 2018 Home Improvement
This free online booklet “Legal-Leveraged Form for U.S. Homeowners” introduces over a dozen samples of impact-worthy legal forms which residents can use to protect their families and homes from scandalous contractors. Recent Case Study Recently, it was reported by the Bucks County DA’s Office (Pennsylvania – 1/6/2017) that a dishonest contractor of that area was convicted to serve 5-10 years in prison for home improvement improprieties. Reportedly, he was a habitual predator

10-11-2017 | IT, New Media & Software
Maax Market Inc
Build your business with email validation
Email marketing is a major part of any company’s marketing strategy. But, it is only deemed successful by the number of subscribers who open and interact with the email your company sends. Although companies put a lot of thought into their email marketing strategies, they don’t pay as much attention when it comes to email validation. Email validation is often overlooked but is the most important tool for companies that
07-10-2017 | Industry, Real Estate & Constr …
CAS DataLoggers
Cleanroom Monitoring & Validation in a Single System
Send Your Data to the Cloud for a Hassle-Free Audit Whether you’re a Quality Engineer, Pharmaceutical Microbiologist or hospital staffer, proving cleanroom sterilization and decontamination is critical for both open and closed processes. Defining your monitoring points, sampling frequency, and documenting the results must all be part of your environmental monitoring plan. However, when performed manually, a high frequency of cleanroom measurements only lead to more contamination through human activity. To
10-12-2016 | Industry, Real Estate & Constr …
CAS DataLoggers
Versatile Datalogger Captures Data for Device Validation
Log it All with dataTaker! Whether startups or large manufacturers, companies have come to rely on data capture for device validation and proof of scale for prototype devices. dataTaker Universal data loggers can capture almost any measurement value, making them ideal for performance monitoring and device component monitoring. These versatile loggers enable connection to many different sensor types. Whether you need to record electrical, environmental, or weather data, dataTaker will log
09-08-2011 | Science & Education
ComplianceOnline
ComplianceOnline Announces Seminar on Computer System Validation
ComplianceOnline, a leading provider of FDA regulatory/ compliance trainings will conduct a RAPS certified 2-day seminar from October 20-21, 2011 in Philadelphia, PA, on Computer System Validation: Reduce Costs and Avoid 483s. The seminar will train companies in FDA regulated industries on proven techniques for reducing costs associated with implementing, using, and maintaining computer systems in regulated environments. Attendees can learn how to decrease software implementation times and lower costs
10-28-2010 | IT, New Media & Software
Postcode Anywhere
Gardening Business Grows with Address Validation Software
Hereford and Worcester, UK - 26 October 2010 – Online gardening company Wiggly Wigglers will celebrate 21 years of trade this Christmas – and attributes its success to early adoption of new technology including address validation. The multi-award-winning business sells a range of gardening products out of their farm in rural Herefordshire, including composting wormeries, plants and eco-friendly homeware. By taking advantage of emerging technology trends such as social media and “cloud
01-27-2010 | Business, Economy, Finances, B …
Biznet Internet Solutions
Belle Tire Passes AGRSS Validation
Belle Tire Auto Glass hosted a third party Automotive Glass Replacement Safety Standard (AGRSS) validation on Monday, January 18, 2010 and was found to be 100% compliant with the standard. This crowning achievement comes as the automotive glass division recently celebrated its second anniversary. In announcing the validation result, John Cox, of Belle Tire Auto Glass stated, “Proving compliance with the safety standard through a third party validation firm is the
Comments about openPR
I can't but agree to the positive statements about your portal: easy to use, clear layout, very good search function, and quick editing!
Jens O'Brien, Borgmeier Media Communication