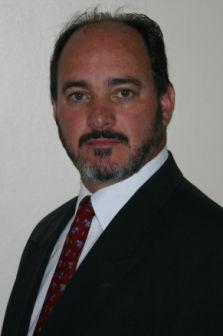 The Tyrol-based solar experts TiSUN conquer the green island with a new Sales Director and set up England and Wales as a major potential market in the solar thermal field.TiSUN serves its core markets with a two- or three-level distribution. At the end of June the Tyrolean solar system manufacturer extended its 5 core markets of Austria, Germany, France, Italy and Spain to include England and Wales. Geoff Miller has taken over the sales management on for these two countries.England and Wales have a high potential to become the top markets for solar thermal technology. “I will turn the two countries into profitable markets for TiSUN”, says Miller looking forward to the challenge. The 46 year old grew up in Southern Africa and knows TiSUN and the British market for renewable energy from previous experience.Miller has received extensive technical and marketing training at the Head Office of TiSUN. Qualifications are key elements to TiSUN, and with his in-depth knowledge, the new sales director for England and Wales is well prepared to handle his new appointment. Miller and his sales team will distribute the Tyrolean Quality Products to wholesalers in the plumbing and heating industry.“The British market grew by 50%* last year and has grown so large that a central distribution structure has become feasible“ says Robin M. Welling, TiSUN General Manager for distribution and customer services, to explain his decision: “ With the active and direct distribution strategy, we minimise the currency exchange risk, we can focus and work towards the future market diligently and optimise our opportunity.*(Source: Solar Thermal Markets in Europe, Trends and Market statistics 2008, May 2009, ESTIF)Since more than 20 years we are producing solar systems for the rough reality: TiSUN produces and sells large flat collectors in 33 sizes up to 18 m2 which are produced serial with the Solar Keymark Certification and customer sizes for free standing, on-roof, in-roof and façade installation. Additionally TiSUN produces solar stations & control units and a wide range of solar-tanks to provide complete solar systems.TiSUN GmbH Nina Karner Stockach 100 A - 6306 Söll+43 5333 201-207 nina.karner@tisun.com