Iceland: In from the cold 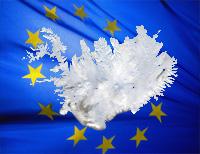 On Friday the Republic of Iceland handed in an application to join the European Union to the Swedish EU presidency. Iceland's parliament last week had backed the government's plan to begin talks to join the EU, months after a meltdown of the north Atlantic island's economy amid the global financial crisis.

LYMEC President Aloys Rigaut reacted: 'Iceland is one of Europe's oldest democracies and we can thus only welcome its EU membership application. Iceland's path to the Union may not be entirely smooth because of differences over fisheries and disputes with some Member States over accounts in failed Icelandic banks, but the fact that Iceland already is a member of the European Economic Area (EEA) and has thus already adopted more than two thirds of EU legislation should facilitate the process significantly.'

The Icelandic government has stated that it will recommend EU membership to the populace - who will ultimately decide the issue by referendum.

Reacting to recent statements from the German Christian Social Union, the Bavarian sister party of Angela Merkel’s Christian Democrats, LYMEC Vice President Alexander Plahr commented: 'If Markus Ferber, head of the CSU’s members of the European parliament, openly opposes Icelandic membership in general because the EU ‘cannot play saviour to Iceland’s economic crisis’ he clearly did not understand what historical chance we now hold in our hands. In the long run, having Iceland as an EU member state will be beneficial to all Europeans. But this will only happen if we show a willingness to consider their bid instead of letting them stand in the cold.'

Before going on to add: 'Of course, as with all other enlargement candidates, there can be no automatism, Iceland has to fully comply to each and every of the necessary conditions for membership. There must under no circumstances be a ‘nordic bonus’. Furthermore, it is imperative to have the Treaty of Lisbon signed before the Union can manage to take in any new members. We thus very much look to Ireland this autumn.'

Involving about 210,000 members from all across Europe, LYMEC is made up Member Organisations (MO) and Individual Membership (IM) and it is active across the whole of the European continent. Our central aim is the creation of a liberal and federal Europe.

You can edit or delete your press release Iceland: In from the cold here

01-28-2019 | Health & Medicine
MAXIMIZE MARKET RESEARCH PVT. LTD.
Synthetic Biology Market – Europe
Synthetic Biology Market Europe is expected to reach USD XX Billion by 2026 from USD XX Billion in 2016 at a CAGR of XX% (Detailed analysis of the market CAGR is provided in the report). Synthetic biology has expanded into various interdisciplinary fields that may be defined as the combination of artificial design and engineering to produce biological systems, chemicals or living organisms. Synthetic biology is also used for improving applications
09-10-2018 | Industry, Real Estate & Constr …
QandQ Market Research
Europe Wooden Doors Market
Europe Wooden Doors Market https://www.qandqmarketresearch.com/reports/wooden-doors-market-78 This report studies the Wooden Doorsmarket status and outlook of Europe and major countries, from angles of players, countries, product types and end industries; this report analyzes the top players in Europe and major countries, and splits the Wooden Doors market by product type and applications/end industries. The global Wooden Doors market is valued at XX million USD in 2018 and is expected to reach XX million
05-12-2016 | Associations & Organizations
Europe Business Assembly
Europe Business Assembly
The Europe Business Assembly (EBA) is an international corporation for the evolution and implementation of economic and social development. The company was established in April 2000 and its history shows a plethora of promising initiatives, creative growth and professional victories. EBA’s activity demonstrates the capabilities and power of professional partnership. The year 2000 saw the beginning and the foundation of EBA with the signing of the memorandum of cooperation and
10-01-2008 | IT, New Media & Software
TEAM International
Smartsourcing in Eastern Europe
In 2008 the outsourcing business of Eastern Europe was estimated at nearly $2 billion, representing just a tiny fraction of the global IT outsourcing market, estimated at about $386 billion. According to the Gartner Dataquest predictions, in the next four years Eastern Europe is expected to outstrip the rest of the offshore market concentrated mainly in the “classical” locations like India. By 2010 Eastern Europe’s IT outsourcing market share is
03-03-2008 | Energy & Environment
Zensys Inc.
Home Control conquers Europe
European Home Control Summit attracts participation from leading International companies and organizations 29. February 2008 - Copenhagen/Frankfurt - The first European Wireless Home Control Summit on 9 April 2008, taking place parallel to Light + Building, features leading companies such as Merten, Horstmann, Danfoss, and market researcher Parks Associates as well as publicly funded organizations like the Danish Energy Saving Trust (DEST) presenting the newest trends, products and market strategies pertaining
03-19-2007 | Business, Economy, Finances, B …
Michael Richter - International marketing and sales consultant
Marketing in/to Europe
Internationalization is important for every company. Europe - with its now nearly 500 million inhabitants, however, only looking towards the European Union's countries - is a perfect place for companies to go. Especially the Western countries are highly industrialized. Find some reasons and help in this article. Most of the European companies - actually more than 90 % / country on an average - are fighting the more or less stagnating
Comments about openPR
Your portal is fast, simple, and easy to use. Others may have more functions but they also demand more editing time, you have to preformat the text in order to achieve a good result etc. I think openPR is really fantastic!
Andreas Knepper, wallmedien AG