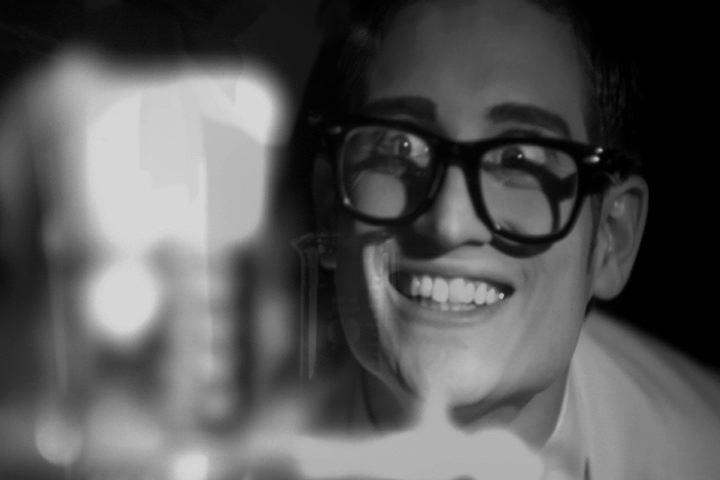 "Doctor S: The Movie" West Coast Premiere at Brainwash Drive-in Bike-in Walk-in Movie Festival WHEN: July 18, 2009 WHERE: Mandela Village Arts Center 1357 Fifth Street Oakland, CA 94607 Film Classics Productions is proud to announce that its debut feature film, "Doctor S: The Movie"), has been selected to screen at the 15th annual Brainwash Drive-in Bike-in Walk-in Movie Festival; this screening will be the film’s West Coast premiere. The horror comedy, written and directed by Bryan Ortiz and produced by Michael Druck, centers on a mysterious scientist (Rick Carrillo) and a cheerleader (Alicia Shaddeau) who battle a zombie outbreak in the town of Crystal Oaks. Originally written and shot as a fictitious trailer for Robert Rodriguez’s "Grindhouse" trailer competition, and then expanded to feature length, "Doctor S: The Movie" had its first screening in 2007; the film (in an extended cut) recently won the Audience Award for Best Narrative Feature at the 2009 San Antonio Film Festival. With regular October screenings, "Doctor S: The Movie" is on its way to becoming a Halloween staple. “We’re thrilled that 'Doctor S' is going to be screening on the West Coast, especially at the Brainwash Festival," says Ortiz. "An old-fashioned drive-in movie at a ‘drive-in’ movie festival – how awesome is that?” For more information on "Doctor S: The Movie", please visit the film’s official website, www.doctorsthemovie.com, or find the film on MySpace, Facebook, and the Internet Movie Database. FACTS • Film Classics Productions was formed in 2006 by writer/director Bryan Ortiz, then a student at the University of the Incarnate Word, and producer Michael Druck, then a talent agent. • In just three years, the company has produced a series of popular and award-winning films; in addition to "Doctor S: The Movie", other fan favorites include the short films "Compose", "Spiral" (winner of the Independent Spirit Award at the 2008 Seguin Film & Arts Festival), "Goodbye Digital or The 5 Stages of Grief in Digital Dating" (winner of the NALIP-SA Spring 2007 Film Slam, the Student Film Competition at the 2007 Seguin Film & Arts Festival, and the Latifilm.com Valentines Film Contest), "Last Chance" (winner of two awards in the San Antonio 48 Hour Film Project in 2007), and "Four Minutes Till The End" (which, in addition to winning numerous awards, recently screened at the Cannes Film Festival). • Individually, Ortiz has been spotlighted on television (on KENS’s Eyewitness News and KABB’s Fox News at Nine and Fox News First), on radio (on KSYM), and in print (in the Austin Chronicle, Conexion magazine, the San Antonio Current, the San Antonio Express-News, and the Logos, the student newspaper of the University of the Incarnate Word); Druck has appeared in the San Antonio College campus newspaper, The Ranger. Together as the Film Classics team, they were recently featured on the cover of 210SA magazine to promote "Doctor S: The Movie". • For more information on the Brainwash Drive-in Bike-in Walk-in Movie Festival, including a schedule of films and screening times and information on ticket prices, please visit www.brainwashm.com. MEDIA CONTACTS: Nikki Young or Lee Hurtado PrimaDonna Productions, Inc. 8603 Crownhill Blvd., Suite 30 San Antonio, TX 78209 210.822.3552 press@primadonnaproductions.com

08-06-2020 | Leisure, Entertainment, Miscel …
Last Movie Outpost
Last Movie Outpost Celebrates Anniversary!
The Last Movie Outpost (lastmovieoutpost.com) has been providing content on the latest movie, streaming, and entertainment news for one year now. We have been a go to site for podcast, youtube and printed entertainment news. Come join us in our celebration and be a part of the fastest growing E-Zines on the internet! Contactus@lastmovieoutpost.com Contact DrunkenYoda on Twitter @DrunkenYoda1 or @MovieOutpost Facebook is /lastmovieoutpost 16510 Agnes Street Gardner, Ks 66030 The Last Movie Outpost was grown
05-07-2020 | Arts & Culture
Office PHILEMOND
"JOHN SILVER" Movie In Works
EXCLUSIVE: Rob Schmidt has been set to direct John Silver, a new animated film from European company Office PHILEMOND, based on Robert Louis Stevenson's character Long John Silver. Pre-production gets underway later this month in Ireland. The plot is kept under wraps. "We're telling a new story with a familiar character", Philemond-Montout said. "It'll be a mix of the original Long John Silver with an Anime influence. We're thrilled to propose
10-11-2018 | Media & Telecommunications
Shamanpictures
New Upcoming Tamil Movie "Thorati"
THORATI : THE UNTOLD STORY BEHIND THE LIVES OF SHEPHERDS Creating a real connection between viewers and characters in a story is the key to the successful film. When a viewer feels empathy and emotional vibes with a character,they are more likely to let the movie inspire them.In that way, Thorati captures the untold story behind the lifestyle of shepherds and sheep rearing culture. The real life incident happened in 1980’s
06-15-2017 | Leisure, Entertainment, Miscel …
Universe Pictures Group
Excelsis Movie Challenges Movie Genre To A Fight For Everything
Producers of the movie "Excelsis", a female Mixed Martial Arts (MMA) based feature film, made a unique announcement through a series of tweets that sent ripples waves through an entire movie genre. The movie Producers challenged the entire Drama Sport movie genre to an unconventional fight for everything. In the movie "Excelsis", Cassady Jones battles through the amateur MMA ranks awaiting her big break. Suddenly, Marcus Moretti, a nefarious fight
01-04-2011 | Leisure, Entertainment, Miscel …
Movie Jungle International, INC.
Do More Than Just Watching Movie Trailers At Movie Jungle
Whether you like romantic comedies or you are a die-hard fan of horror movies, Movie Jungle is the place to be. MovieJungle.com is a community for movie and TV fans alike. Here, you can find other people who share your taste and with their help, you can know about other movie trailers and TV programs that you like. Basically, it is a social networking website where you can watch upcoming
09-17-2010 | Media & Telecommunications
Punch Tv Network
Make Your Movie With Punch
Make Your Movie With Punch! Punch Television Network Seeks Independent Filmmakers Punch Television Network is seeking independent filmmakers and producers for its new campaign “Make Your Movie with Punch!” Punch Television Network is seeking the next generation of talented independent filmmakers to give their first big break. Punch Television Network will provide equipment, space and television distribution; filmmakers will provide the talent and the effort. In accordance with its
Comments about openPR
Your portal is fast, simple, and easy to use. Others may have more functions but they also demand more editing time, you have to preformat the text in order to achieve a good result etc. I think openPR is really fantastic!
Andreas Knepper, wallmedien AG