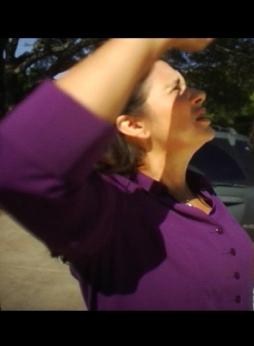 SAN ANTONIO - Film Classics Productions is proud to announce that its award-winning short film, "Four Minutes Till The End", has been selected to screen at the Cannes Film Festival.The science-fiction thriller was written and directed by Bryan Ortiz and produced by Michael Druck for the 48 Hour Film Project, where it won five awards, including “Best Director” and “Best Film” in August 2008; the film also won the Jury Prize from the 2008 San Antonio Local (SAL) Film Festival and the Robert A. Burns Award for Best Horror from the 2008 Seguin Film & Arts Festival. In 2009, "Four Minutes Till The End" was an official selection of Cinefestival en San Antonio, and screened at Filmapalooza, the annual festival for the 48 Hour Film Project, held at the Miami International Film Festival.“When we were shooting 'Four Minutes', we were just trying to make the best film we could make in the time we had," says Ortiz. "None of us ever imagined that we’d have a chance to screen it at one of the biggest film festivals in the world, so this is a huge honor for us.”"Four Minutes Till The End" is one of 14 films selected by the 48 HOUR FILM PROJECT to screen in Cannes as part of the Short Film Corner program (www.shortfilmcorner.com).Druck says, “We’re honored that Bryan will be in Cannes to represent our film and the 48 Hour Film Project. We hope that this opportunity will open doors for other filmmakers in our community, and that San Antonio will continue to flourish in the Cannes Film Festival.”On Tuesday, May 19 (the day "Four Minutes Till The End" will screen at Cannes), Film Classics invites local fans and film supporters to cheer Ortiz on at "Cannes Antonio Night". The event (featuring a local screening of the film) will be held at 7PM at the Radius Center (106 Auditorium Circle, San Antonio, TX 78205). Fans and film supporters have many other opportunities to support Film Classics Productions, through tax-deductible donations to the San Antonio Film Institute on behalf of Film Classics:• Checks can be written to the SAN ANTONIO FILM INSTITUTE and mailed to: 111 Caleta Beach San Antonio, TX 78232• Donors can also visit Film Classics’ website, www.filmclassicsproductions.com, for information on upcoming fundraising events and sponsorship opportunities.All donors will receive a DVD of "Four Minutes Till The End" and other Film Classics merchandise.For more information about "Four Minutes Till The End", please call 210.957.2874 or e-mail druck.filmclassics@gmail.com.FACTS:• Film Classics Productions was formed in 2006 by writer/director Bryan Ortiz, then a student at the University of the Incarnate Word, and producer Michael Druck, then a talent agent.• In just three years, the company has produced a series of award-winning short films; in addition to "Four Minutes Till The End", other fan favorites include "Compose", "Spiral" (winner of the Independent Spirit Award at the 2008 Seguin Film & Arts Festival), "Goodbye Digital or The 5 Stages of Grief in Digital Dating" (winner of the NALIP-SA Spring 2007 Film Slam, the Student Film Competition at the 2007 Seguin Film & Arts Festival, and the Latifilm.com Valentines Film Contest), and "Last Chance" (winner of two awards in the San Antonio 48 Hour Film Project in 2007).• Individually, Ortiz has been spotlighted on KABB’s "Fox News at Nine", in Conexion magazine, and in the San Antonio Current, and Druck has appeared in the San Antonio College campus newspaper, The Ranger. Together as the Film Classics team, they were recently featured on the cover of 210SA magazine.• Film Classics Productions is now listed on the Internet Movie Database (www.imdb.com).• San Antonio Film Institute (”SAFI“) is a 501(c)3 organization dedicated to serving San Antonio filmmakers and their audiences. Since 2007, SAFI has produced the San Antonio Local (SAL) Film Festival a yearly showcase supporting local filmmakers through cash awards, educational opportunities, and public screenings of their films. For more information, please visit www.salfilmfest.com.MEDIA CONTACTS: Nikki Young or Lee Hurtado PrimaDonna Productions, Inc. 8603 Crownhill Blvd., Suite 30 San Antonio, TX 78209 210.822.3552 press@primadonnaproductions.com

10-11-2011 | Business, Economy, Finances, B …
Hornberger Sheehan Fuller & Beiter, Incorporated
New Website for San Antonio Law Firm
The San Antonio law firm of Hornberger Sheehan Fuller & Beiter, Incorporated unveiled its new website this month. The new site at hsfblaw.com was created to represent the legal services and expertise of the firm. “We felt it was important to give potential clients a fuller description of our capabilities,” said Charles M “Boxy” Hornberger, a firm shareholder. “We’re very proud of our successful history as client advocates.” The new
04-22-2011 | Health & Medicine
Carenet Healthcare Services
San Antonio Healthcare Business Continues to Hire
April - May, 2011 (San Antonio) Carenet Healthcare Services, a performance-driven organization for the healthcare industry, announced plans to expand its employee base by 200 during the next six months by partnering with nationally recognized healthcare companies and increased growth projections for the year. In a continued trend of significantly expanding its client base in the healthcare industry, Carenet recently secured key partnerships in each of its markets including
03-07-2011 | Business, Economy, Finances, B …
W.W. Equipment
San Antonio Truck Company Offers Shuttle Services
San Antonio, TX March 2011. W.W. Equipment offers many work vehicles and accessories, including bucket trucks, digger trucks, reel trailers, pullers and tensioners, and utility poles. They have a unique and thriving inventory, with new options featured regularly. What sets this company apart from its competitors, however, is its dedicated commitment to making their equipment widely available in places like Buffalo and Cincinnati. Not
01-10-2011 | Health & Medicine
Reynolds Chiropractic Clinic
Chiropractor San Antonio Chooses the Internet
San Antonio, TX January, 2010 Dr. Reynolds believes that the internet is not only the present but the future of marketing for most businesses. Dr. Reynolds believes that with the increasing use of technology the yellow page phone book will become obsolete. He goes on to say that many people currently use their smart phones to search out businesses like his chiropractic office in San Antonio, TX.
10-28-2010 | Business, Economy, Finances, B …
Dunn-Wright Remodeling, Inc.
San Antonio Remodeling Contractor Does Green
San Antonio, TX October 2010. Dunn-Wright Remodeling President Jeff Stief recently attended the San Antonio "Live Green" Festival sponsored by the San Antonio Parks and Recreation Department and CPS at Olmos Park Basin, both as an attendee at the Dunn-Wright Remodeling display booth, http://www.dunn-wright.net, and as an observer of the recently renovated park and the features of other companies and their products. "I was really impressed
06-24-2008 | Arts & Culture
Studio Abba
Xavier and Antonio BUENO
From 3 July - 17 August 2008, an exhibition dedicated to the two brothers, Xavier e Antonio Bueno, "XAVIER e ANTONIO BUENO Identità e diversità di due fratelli pittori” will take place at the Galleria Comunale d’Arte Contemporanea in Arezzo. The exhibition, which is promoted by the town council of Arezzo, is curated by Giovanni Faccenda and organized by the architectural studio, Alessandro Luzzi Workshop. 75 works will be on view,
Comments about openPR
Your portal is fast, simple, and easy to use. Others may have more functions but they also demand more editing time, you have to preformat the text in order to achieve a good result etc. I think openPR is really fantastic!
Andreas Knepper, wallmedien AG