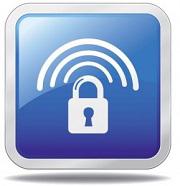 NASHVILLE, November 22nd, 2017 — Perle Systems, a global manufacturer of secure device networking hardware, has released new firmware for the IOLAN SDS W Secure Wireless Device Server to patch the recently disclosed vulnerability found in WPA2.Serious weaknesses were recently discovered in the WPA2 protocol standard, which secures all modern protected WiFi networks. Using Key Reinstallation attaCKs (KRACK), it is possible for an attacker to harvest sensitive information being transmitted over a WiFi network such as credit card numbers, passwords, emails, chat messages and so on. Additionally, attackers may be able to inject ransomware or malware onto networks.This security weakness is with the WiFi standard itself and not with an individual product or implementation. Every WiFi able device is most likely affected. According to the WiFi Alliance® there is no evidence that the vulnerability has been exploited maliciously but, users are advised to ensure they have installed the latest recommended updates from device manufacturers.*John Feeney, COO at Perle Systems comments, Perle provides a plethora of end-to-end encryption protocols in our products to protect networks from malicious attacks. However, we re-iterate the advice given by the WiFi Alliance and urge our customers to install the latest firmware available from our website.Download the latest Firmware on perle.comAbout Perle Systems www.perle.comPerle Systems is a leading developer, manufacturer and vendor of high-reliability and richly featured connectivity and device networking products. These products are used to connect remote users reliably and securely to central servers for a wide variety of business applications. Product lines include Console Servers, Terminal Servers, Device Servers, Media Converters, Ethernet Copper Extenders, Ethernet I/O, Serial Cards, Parallel Cards, Remote Power Switches and Multimodem Cards. Since 1976, Perle has distinguished itself through extensive networking technology, depth of experience in major real-world network environments and long-term distribution and VAR channel relationships in major world markets. Perle has offices in 9 countries in North America, Europe and Asia and sells its products through distribution and OEM/ODE channels worldwide.Julie McDaniel VP Marketing pr@perle.comPerle Systems Inc. 830 Fesslers Parkway, Suite 108 Nashville, TN 37210 Tel: +1 800-467-3753

10-30-2018 | Media & Telecommunications
Perle Systems
Perle launches Modular Console Servers for In-Band and Out-of-Band-Management
Support for up to 50 USB and RS232 Console Ports, redundant copper and fiber Ethernet network access, WiFi network access and a V.92 modem connection NASHVILLE, TN—October 30th, 2018 — Perle Systems, a global provider of advanced serial to Ethernet and device networking hardware, today released the IOLAN SCG Secure Console Servers as an advanced IT Infrastructure Management Solution. Most devices today can be accessed directly over an Ethernet network. However,
09-13-2018 | IT, New Media & Software
Perle Systems
Does name dropping…(Broadcom)…work?
If I tell you that Broadcom uses my product in their R&D labs, do you care? Broadcom has been a Fortune 500 company since 2009. They employ 11,750 people worldwide in more than 15 countries. Their turnover in 2017 was $17.636 billion. Broadcom chips are used in smartphones, data storage gear, set-top boxes and networking hardware. Customers include Apple, Samsung Electronics, Hewlett Packard Enterprise, Dell, AT&T and Cisco. Heck, according
08-08-2018 | IT, New Media & Software
Perle Systems
Creating High-Speed Internet Access across a Mountaintop, over 12 Inches of Radi …
You know the feeling when you find yourself in a remote area of the country and the internet access is…umm… ”slow”, is the nice word. You can access your email and perhaps see what is going on in the world of social media but, streaming a video, having a video conference or downloading large files is not going to reliably happen. Well, if this problem can be solved at a
07-10-2018 | IT, New Media & Software
Perle Systems
“Laptops do weird things at -60°F”
If I ever find myself in the remote Alaskan interior, I would like to meet Mike Spooner, Telecom and Infrastructure Technician at the Sumitomo Pogo Mine. Why? This man is a story teller. A good story teller. So good, that he can make a story about setting up a networked virtual serial port extremely entertaining. Okay, I sense your doubt, and I don’t blame you. There can’t possibly be anything more

06-14-2022 | Fashion, Lifestyle, Trends
Ryoko WiFi
Ryoko WiFi Review 2022: (Must Read!) Read this Ryoko WiFi Review Before Purchasi …
Ryoko WiFi Review: If you've ever had to travel for whatever reason and discovered that you couldn't keep up with work or access important information online because you lost internet connectivity, then this review may be helpful. As appealing as public Wi-Fi may seem, it has also become a conduit for cybercriminals. Many uneducated people have lost personal information and large sums of money just by taking the use of some
01-11-2022 | Industry, Real Estate & Constr …
SpeedTech WiFi Booster
SpeedTech WiFi Booster: A Reliable WiFi Booster To Use This Year (2022)
Weak WiFi is the last thing you want when you've found the "ideal" location for your home office. The SpeedTech WiFi Booster will allow you to work from your bed, the attic, or your freshly remodeled garden shed. This is the most dependable way to increase WiFi coverage for super fast connections across your house. The SpeedTech WiFi Booster is simple to set up and works with virtually all routers
06-22-2021 | Health & Medicine
Super Boost Wifi
Super Boost WiFi Booster Reviews - Does Super Boost Wifi Work-Complete Info
Strong Current Enterprises, Dont Buy a Super Boost WiFi Booster Before You Read this Honest Review! Dont Waste Your Money, Is the Superboost WiFi Extender is the BEST Wifi Signal Booster? Find out the facts, advantages negative aspects of Super Boost WiFi Booster before you decide if you want to purchase one. http://claimspecialdiscount.site/Get-SuperBoost-Now Even within the present internet age, a whole lot of us enjoy the net unbearably at various factors
11-18-2019 | IT, New Media & Software
WiFi Partners Ltd
MOTO TARGETS BREAKFAST WITH ITS NEW WIFI SERVICE WITH WIFI PARTNERS
WiFi Partners has partnered Moto, the UK's motorway services operator, to launch Moto's new customer focused WiFi service. The new Moto WiFi service continues to be free to customers at all 60 Moto motorway service areas and includes branded, individual location specific splash pages. The WiFi Partners feature rich WiFi Portal includes day-parting functionality to alter the user experience and splash pages based on time-of-day and day-of-week. The Moto WiFi service
02-02-2018 | IT, New Media & Software
MarketResearchReports.biz
How To Extend WiFi Range? WiFi Booster & Range Extenders
Improve your WiFi connections with Range Extenders that can broaden your network coverage. You'll be able to keep your smartphones, game consoles, TVs, tablets and computers online and connected. Wi-Fi extenders improve the coverage area of your router, and in some cases, they can provide additional Wi-Fi access points. If your home is too big for your router, there are a few things to consider before diving into the world of
12-04-2017 | IT, New Media & Software
Japan Wifibuddy
Japan Wifi Buddy provides best pocket wifi rental in Japan
United States 04-12-2017. Japan Wifi Buddy is the leading and trusted pocket wifi provider now lets the tourists to enjoy unlimited + LTE speed internet. There are different plans in Pocket wifi and they are ideal to meet the needs of different type of tourists. These plans are priced competitively and cover the best offer will definitely give you the best experience. No matter, why you want to use this
Comments about openPR
Your portal is fast, simple, and easy to use. Others may have more functions but they also demand more editing time, you have to preformat the text in order to achieve a good result etc. I think openPR is really fantastic!
Andreas Knepper, wallmedien AG