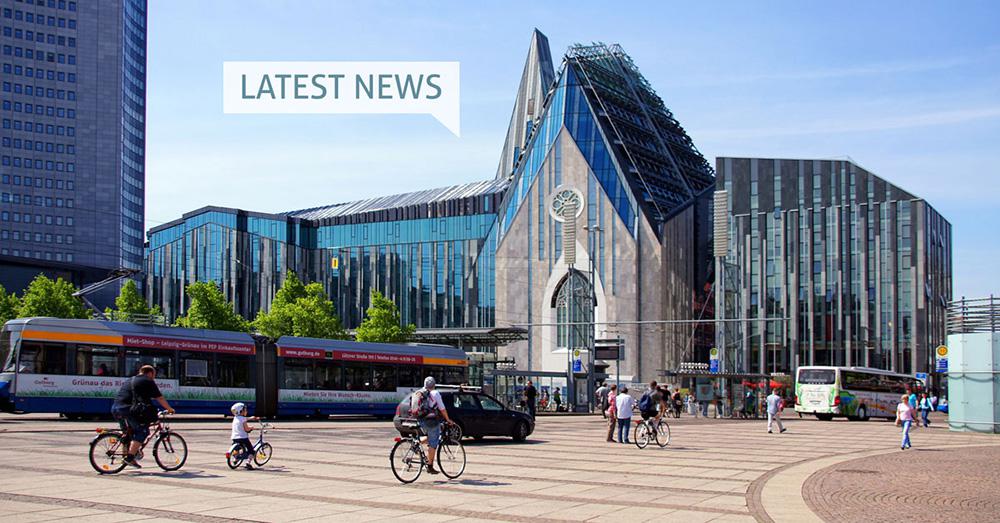 Among Germany’s five most auspicious cities, three are located in the eastern part of the country – Leipzig, Dresden and Berlin. Or so the outcome of the latest city ranking by the HWWI Hamburg Institute of International Economics and by the private bank Berenberg Bank suggests. The ranking compares the competition- and location-related factors of the country’s 30 largest cities. The last ranking dates back to 2015. Munich took the lead in this year’s City Ranking, followed by Leipzig, Frankfurt am Main, Dresden and Berlin. The city with the bleakest outlook is Gelsenkirchen.Leipzig Shows Massive Economic and Demographic MomentumThree indices are compiled for the purposes of the City Ranking that take the economic and demographic dynamic of the cities and the various locational factors into account. The results are then pooled into a comprehensive index. What stands out in this latest ranking is the outperformance of Leipzig. Being the largest city in Saxony, it placed first in the “trend index,” which traces the demographic trend, the gainful employment trend, and the productivity trend. Accordingly, Leipzig boast the greatest economic and demographic dynamic along with above-average competitiveness.The ten cities with the brightest outlook – which, in addition to the aforementioned cities, include Cologne, Wiesbaden, Hamburg, Stuttgart and Düsseldorf – manifest “no material shortcomings, and have displayed a largely stable ranking performance over many years,” according to the analysis. The experts who compiled the HWWI/Berenberg City Ranking emphasized that the competitiveness of Germany depends essentially on the performance of the country’s cities. They found that the 30 largest of them are home to 23 percent of the German population, subject to an upward trend. Cities act as growth drivers for entire regions.Major Cities Grow Faster than OthersThe growing significance of the major cities is also highlighted by the latest survey the IW Economic Institute in Cologne published. It revealed that Germany’s population, rather than decline, may actually increase to 83.1 million by 2035 as a result of incoming migration and an elevated birth rate. This would be around one million more residents than the country had at the end of 2015. The demographic growth will probably be fastest in the major cities. Berlin, for one, is projected to increase by 14.5 percent to four million residents. Munich is expected to grow by 14.4 percent, and Hamburg by 9.1 percent.For further information go to: www.accentro.co.uk/services/latest-news/ACCENTRO GmbH is a real estate service provider that specialises in the retailing of large housing portfolios. Our fortes include: - the socially responsible, tenant-sensitive selling of large housing portfolios, - the exit-oriented asset management of housing portfolios, - and investment consultancy in either area.ACCENTRO looks back on more than fourteen years of experience in the privatisation business, and act as sales partners of major housing associations.ACCENTRO GmbH Marketing Jérôme Theis Uhlandstraße 165 10719 Berlin www.accentro.co.uk

You can edit or delete your press release Leipzig, Dresden and Berlin score top spots in city ranking here

05-07-2018 | Industry, Real Estate & Constr …
Accentro GmbH
Living in a Condominium is Far more Affordable than Renting a Flat
Owning your home outright remains considerable more attractive than renting it, as a new survey just reaffirmed. For one thing, tenants bear a greater cost burden. On the other hand, homeownership helps to build up capital, and is therefore an important mainstay of your retirement scheme. Especially for young households, buying property is a great way to start building capital because they can stretch their payments over a longer period
04-30-2018 | Industry, Real Estate & Constr …
Accentro GmbH
Number of Planning Permissions in Decline
With the new German government barely in office, it has already become quite obvious what one of the most pressing issues will be during the parliamentary term now under way. On 14 March, Angela Merkel took her oath of office as German Chancellor, and the very next day, the Federal Statistical Office published the number of planning permissions approved in 2017. According to the stats, the number of approvals in
04-23-2018 | Industry, Real Estate & Constr …
Accentro GmbH
Economic Research Institute Suggests Cities Sell off Their Housing Stock
At a time when municipal housing companies in many of Germany’s major cities, including Berlin, are prompted by city hall to beef up their property stock, the IW Economic Institute, Cologne, has joined the debate on the issue of public housing with an idea that implies the exact opposite. In a recent survey, the IW’s real estate expert, Prof. Michael Voigtländer, suggests that German municipalities are well advised to divest
04-10-2018 | Industry, Real Estate & Constr …
Accentro GmbH
Greater Berlin Still Has Land Reserves for 218,000 Flats
The housing development potential hidden in land reserves in Berlin proper and the greater Berlin area would suffice to create up to 218,000 new flats. The total volume breaks down into 153,000 flats in the German capital and 65,000 in the suburbs. This is the upshot of the latest housing market report for Berlin and its greater area (“Berlin und Umland”) that the IBB Investment Bank Berlin presented on 08

03-04-2019 | Industry, Real Estate & Constr …
Frank Walter
The development of Leipzig - documented in a digital book!
For the rapid development of Leipzig into a prospering city you will find countless examples as a visitor to the city. To name only a few important aspects - a closed inner city, apart from a few objects still being reconstructed or under construction, a well-developed public transport system successfully supplemented by the City Tunnel, a steadily growing supply of hotel capacities, thriving retail trade. All this meant
09-11-2018 | Science & Education
MoBiTec GmbH
MoBiTec to Exhibit at Lipidomics ELM Meeting 2018 in Leipzig
7th European Lipidomics Meeting 26-29 September 2018 in Leipzig, Germany MoBiTec GmbH, Germany has the pleasure to invite interested scientists and researchers to the 7th "European Lipidomics Meeting" to be held at Leipzig University. Leipzig is a vibrant metropolis in the heart of former East Germany. It is well known for its cultural history and famous for its trade fairs and exhibitions. The Leipzig University, one of Europe's eldest universities, looks back
11-05-2011 | IT, New Media & Software
Cuculus GmbH
Cuculus GmbH experienced strong growth: Expansion in Leipzig
Cuculus GmbH, specialist for smart metering and smart home solutions, expands capacity with new development and support center in Leipzig. The opening of the new center is a result of the continuing growth of the software company headquartered in Ilmenau. The center will be opened in November. Cuculus has an outstanding position in the German and European market. With the new location in Saxony next to the headquarter in
08-06-2010 | IT, New Media & Software
LINKIES.
Leipzig/Toronto, 05.08.2010, LINKIES. Management Consulting in Canada
LINKIES. Management Consulting Group (LINKIES.) is heading to North America with a new branch. In cooperation with LINKIES. Unternehmensberatung GmbH in Leipzig, Germany, LINKIES. Management Consulting Canada Inc. will be located in the Greater Toronto Area (GTA). The group has many years experience in the consulting business in Canada and North America, especially with German and European companies, currently operating in Canada. LINKIES. offers a range of consultancy services, covering both
08-13-2008 | IT, New Media & Software
arvato systems
arvato systems in Leipzig: eeis at the Games Convention 2008
arvato systems GmbH, a leading IT service provider for the areas of telecommunications, internet/eCommerce, media and entertainment, is presenting the integrally holistic service platform eeis (Electronic Entertainment Infrastructure Service) in Hall 1, Booth H31 at the Games Convention 2008 (20th to the 23rd of August). eeis is a worldwide one-of-its-kind, modularly constructed combination of numerous services and programs from arvato systems and the renowned massively multiplayer network engine tinCat. arvato systems is
03-16-2006 | IT, New Media & Software
mycitymate S.L.
mycitymate- Stuttgart & Leipzig city guides available now
mycitymate collaborates with hundreds of travellers and locals to host online city guides with the latest reviews on restaurants, bars & clubs, accommodation, shopping and more. This month, 2 new cities have been added to the already extensive library of 11 European cities. You can discover the best events and venues in Amsterdam, Berlin, Dublin, Hamburg, London, Munich, Barcelona, Cologne, Frankfurt, Madrid, Rome and now Stuttgart & Leipzig too! The
Comments about openPR
OpenPR ist the nicest and most clearly laid out PR platform I have seen to this day. The press releases are displayed very nicely and clearly and without any unnecessary frills. The updates are fast and the finished release looks appealing and is clearly legible. Even with 16 years of experience one discovers new things from time to time. Congratulations!
Gabriele Ketterl, Director Marketing & PR, Menads