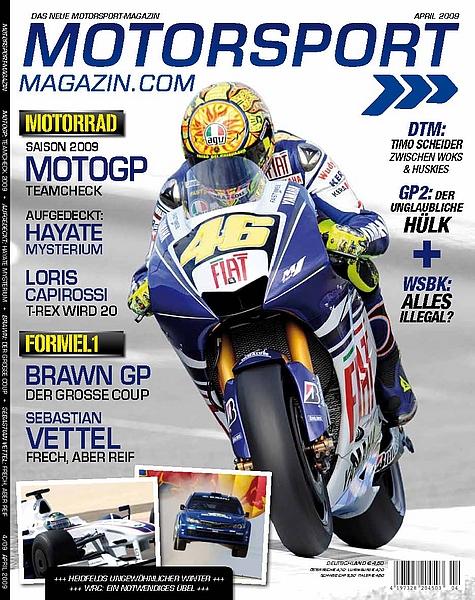 GP2 team boss Paul Jackson is planning to bring his iSport stable into Formula One in the event that spending is capped from the 2010 season. Jackson revealed his intention in an exclusive interview with Motorsports-Magazine.com: “I aim to give a few people in F1 a kick up the backside and to show them that they are chucking money out of the window for nothing.”But the precondition for any Formula One entry has to be a ceiling on team budgets imposed by the FIA. The earlier this precise amount is decreed - preferably within the next month - the sooner Jackson and his team can get together with sponsors and investors to decide whether they will be competing in 2010 as a separate outfit or be joining forces with one of the others already on the grid such as Toro Rosso.“The existing teams aren’t structured to operate within a 30-million budget,” stresses Jackson in his interview with Motorsports-Magazine.com. “So it would probably be better to start with a blank sheet.” The basis of any new team would be the GP2 engineers. “We’re accustomed to doing a great job on limited resources,” he says. Jackson would like to trim costs by imposing an upper salary limit of £100,000 - a figure that would also apply to himself. “It should be the desire for success that brings people into Formula One; if it’s big money you’re after, then you should be looking somewhere else.” No decision has yet been reached on how the cars will be powered. Both the homologated engine and a moderately priced customer engine from a major manufacturer come into the frame. As regards drivers, Jackson would like to use his former GP2 protégé Bruno Senna: “That would be fantastic. I’m convinced that he belongs in Formula One.”about adrivo Sportpresse GmbH: adrivo Sportpresse GmbH compiles and distributes editorial content on international motorsport series such as Formula One, DTM, MotoGP and World Rallying. Its customers include both online and print media. The company manages the official websites for Michael Schumacher and Formula One driver Nick Heidfeld as well as working closely with other prominent names in motorsport. adrivo Sportpresse GmbH also operates Motorsport-Magazin.com, one of the most influential and widely read online motorsport magazines amongst German-speaking internet users. Furthermore, adrivo Sportpresse GmbH can now be found at news outlets in the form of its print title 'Motorsport-Magazin', a monthly publication with a print run of 60,000.Press Contact: Stephan Heubleinadrivo Sportpresse GmbH Büro Deutschland Theresienstrasse 66 D 80333 München Tel: +49 (0)89 500 948 84 Email: redaktion@adrivo.comadrivo Sportpresse GmbH Liebenauer Hauptstrasse 106/6 A-8041 Graz Tel: +43 (0)316 915 252 Fax: +43 (0)316 915 253 Email: info@adrivo.com www.adrivo-media.com

03-14-2009 | Sports
adrivo Sportpresse GmbH
New motorsport magazine goes on sale
Following the recent rebranding of the popular and influential motorsport website "adrivo.com" to "Motorsport-Magazin.com", operator adrivo Sportpresse GmbH have come up with a fresh surprise as the racing season gets underway. The 30-strong editorial team led by Stephan Heublein and Falko Schoklitsch is now to publish a new, monthly German "Motorsport-Magazin" in print format. This will be distributed via Mountains Publishing with adrivo Sportpresse GmbH having full responsibility for the
02-26-2009 | Sports
adrivo Sportpresse GmbH
adrivo.com becomes Motorsport-Magazin.com
Germany’s popular dedicated motorsports magazine ‘adrivo.com’ is gearing up for the new Formula One season. Sporting a new logo and fresh livery, the magazine will now be published under its new name: Motorsport-Magazin.com. According to the latest survey by AGOF (Study Group Online Research) ‘internet facts 2008-III’, the magazine achieves a net reach of 120,000 persons per month, and that’s just in Germany. In total, Google Analytics measures ~ 1 million
10-09-2008 | Sports
adrivo Sportpresse GmbH
Tim Sandtler: Duelling In The Park
An exciting season in the Formula Master series came to an equally exciting conclusion in the royal park of Monza. In the first race, cars went flying in all directions on the historic circuit and the number of laps where the safety car was not leading the way were in the minority. Tim was one of the few drivers who kept his cool and avoided getting involved in any of the
09-25-2008 | Sports
adrivo Sportpresse GmbH
Tim Sandtler: Matching The Leaders For Speed
An exciting track, P3 in qualifying and a spectacular chase in Sunday’s race: Imola came so close to providing the long-awaited success for Tim. “Things were looking so good,” he says wistfully. “It’s all the more annoying to know that you could have been up there with the front-runners on your own merit.” But it wasn’t to be. In free practice, Tim immediately adjusted to the new track despite the