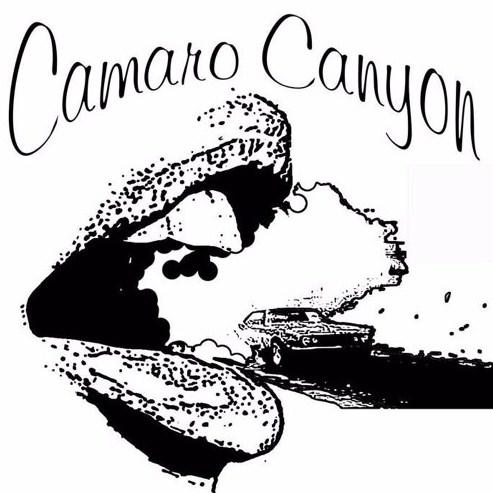 New singer Camaro Canyon is ready to entertain you with his excellent musicality in soundcloud. The listeners are excited to know about his recent album “Camaro Canyon”. This music collection consists of six tracks and all are based on rock songs. Camaro Canyon mainly deals with rock and hard rock music genre. Under the label name of Arcandrel, this artist is realeasing many songs in soundcloud. Though there are many artists in soundcloud, only few amongst them can get the success that they desire. Camaro Canyon is another added name to the rock music list in soundcloud. He has really got the talent to engage loads of listeners to his profile. Soundcloud has gifted this superstar with a good number of fans count.His music is engaged with lot of plays, likes and comments. Camaro Canyon has a magic in his voice. It overwhelms his listeners and followers as well. If you are a rock music enthusiast, you might like to hear his every performance with utter attention. The rock guitar riffs and strong vocal will keep you stay tuned for long hours. His production showcases massive creativity in rock music. This singer is prolific and introduces some catchy hooks in his songs as well. However, Camaro Canyon is also an inspiration for those who have just started releasing new songs in soundcloud.Camaro Canyon wants to cater good exposure in the music industry. Therefore, he has experimented with his lyrical prowess and rhythmic implementation. The album “Camaro Canyon” has released on 20th September, 2017 and already gathered good response from worldwide people. Songs like – “Connecting”, “Just Want You For Bumping”, “Dust Cloud” and “Grow” etc. are worth listening in repeat mode. Apart from soundcloud, you can get connected to this artist in facebook. Also, his music sets high energy for the listeners.To listen the all songs of the album“Camaro Canyon”, visit the given link: https://soundcloud.com/camaro-canyon/sets/camarocanyonalbumWe at Music Promotion Club have helped various artists, musicians, lyricists and many others with Soundcloud Promotion. To promote your music and get an entry into the esteemed music industry, soundcloud promotion is very effective.We manually do all the Promotions via our dedicated team and guarantee you to be able to show results after an week of promotion.Music Promotion ClubIndia West Bengal Kolkata- 700040 5/10 A Netaji Nagarinfo@musicpromotion.club

07-31-2019 | Business, Economy, Finances, B …
Coherent Market Insights
Waterproof Socks Market Demand 2019 | Key Players DexShell, Sealskinz, Showers P …
Waterproof Socks Market reports cover complete modest view with the market stake and company profiles of the important contestants working in the worldwide market. The Waterproof Socks market offers a summary of product specification, production analysis, technology, product type, considering key features such as gross, gross margin, revenue, cost. Request Sample of Report: https://www.coherentmarketinsights.com/insight/request-sample/1063 Key players operating in the waterproof socks market include DexShell, Sealskinz, Showers Pass, Rocky, Wigwam Corporation, Camaro
06-13-2019 | Business, Economy, Finances, B …
Future Market Insights
Demand for Waterproof Socks Driven by Increase in Adventure Sports | Sealskinz; …
A growing millennial population with strong preferences and brand choices has redefined the paradigms of the consumer products sector and manufacturers of different consumer products are implementing innovative marketing strategies to woo this lucrative customer segment. With the millennial population especially in countries of North America and Europe resorting to multiple activities in adventure sports, trekking, cycling, and water sports, the demand for waterproof socks is at an all-time high.
09-27-2017 | Business, Economy, Finances, B …
WISE GUY RESEARCH CONSULTANTS PVT LTD
Floating Overalls Global Market 2017: Key Players – Baltic, Burke, CAMARO, Eri …
Floating Overalls Market 2017 Wiseguyreports.Com adds “Floating Overalls Market –Market Demand, Growth, Opportunities, Analysis of Top Key Players and Forecast to 2022” To Its Research Database. Report Details: This report provides in depth study of “Floating Overalls Market” using SWOT analysis i.e. Strength, Weakness, Opportunities and Threat to the organization. The Floating Overalls Market report also provides an in-depth survey of key players in the market which is based on the various objectives
05-24-2012 | Tourism, Cars, Traffic
Vivid Racing
Vivid Racing Helps Outfit Classic Camaro with Modern HRE Wheels
A classic 1968 Camaro is morphing into a modern muscle car with Vivid Racing’s help. The power plant is a LSX which will produce monster numbers. This is squeezed into a fully boxed frame with modern day suspension and tubbed rear end to make way for the 11″ wide HRE C95′s. Final wheel specs are 18×9 fronts and 18×11 rears featuring a satin bronze finish that is accented with silver hardware
01-03-2012 | Sports
motioncompany
CAMARO GT – A New and Powerful Racing Car
SARENI United Presents the New GT Racing Car for the 2012 Season International GT sports will see a spectacular and powerful package in 2012. The German company SARENI United is now offering the newly designed Camaro GT. The US car will make an impression on racing tracks all around the world with its 800 Nm from up to 650 HP. The power is transmitted to the rear tyres from a 7.9
04-26-2011 | Sports
Prescott YMCA
33rd Annual Prescott Arizona YMCA Whiskey Row Marathon Announces Vintage 1970 Ca …
On May 14, 2011, the Prescott YMCA presents the 33rd annual Prescott YMCA Whiskey Row Marathon – the oldest continuously run marathon in Arizona. Not only is this one-of-a-kind event one of the most difficult marathons in the United States, but it’s also one of the most beautiful. Starting on historic Whiskey Row, the race begins at an elevation of 5,280 feet and increases to 7,000 feet over the first
Comments about openPR
OpenPR ist the nicest and most clearly laid out PR platform I have seen to this day. The press releases are displayed very nicely and clearly and without any unnecessary frills. The updates are fast and the finished release looks appealing and is clearly legible. Even with 16 years of experience one discovers new things from time to time. Congratulations!
Gabriele Ketterl, Director Marketing & PR, Menads