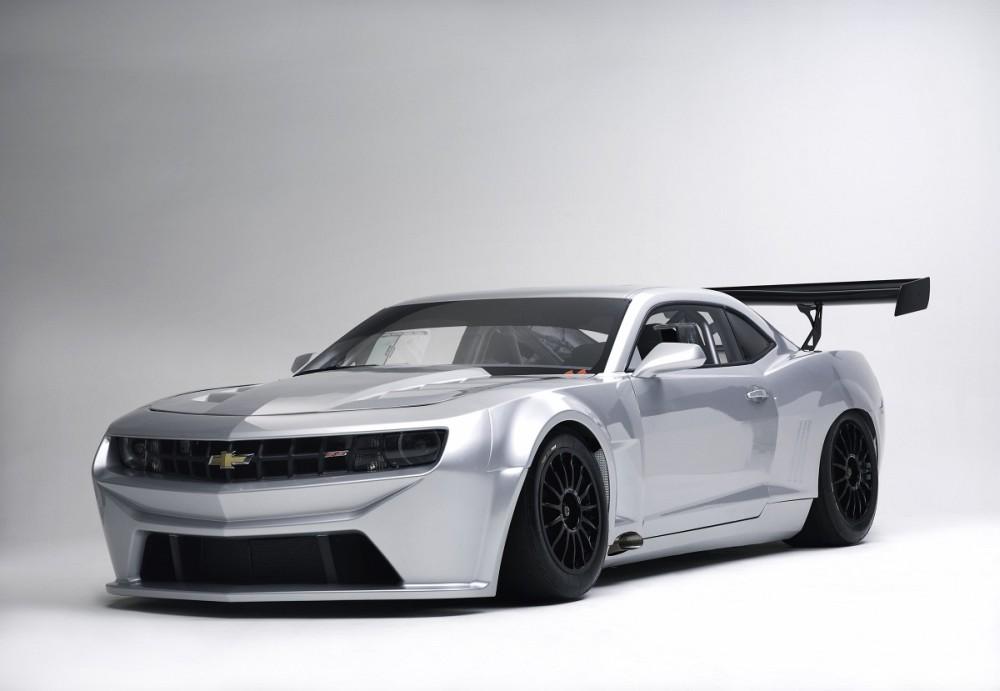 SARENI United Presents the New GT Racing Car for the 2012 SeasonInternational GT sports will see a spectacular and powerful package in 2012. The German company SARENI United is now offering the newly designed Camaro GT. The US car will make an impression on racing tracks all around the world with its 800 Nm from up to 650 HP. The power is transmitted to the rear tyres from a 7.9 litre eight-cylinder (V8) by a newly designed HOLINGER gear box. The HOLINGER speed shift system with paddle shifts on the steering wheel is extremely light, weighing only 37 kg, shifts gears very fast and is designed for high torque. The US engine developer KATECH received clear specifications: close-to-production, low cost, service performance of 10,000 km and maximum power.The car was developed under the direction of Reiter Engineering in Germany. Founder and owner Hans Reiter got the idea when he went to the USA in 2010. “I was immediately fascinated by the design. The Camaro is a real men’s car, a muscle car, it is designed to be on a race track”, says Hans Reiter who founded SARENI United especially for this project.A team of 12 developed the new car within one year. The FIA approved the start of the homologation in October 2010. The first tests with the prototype went extremely well. The leading developer for SARENI United, Franz Russegger, was satisfied. “The Camaro is fast and the lap times are similar to the Lamborghini Gallardo. We had hoped for this result but there is still a lot of work to do”. Security is another special focus for the Camaro GT. In addition to the mandatory roll cage it provides a newly designed fuelling system which was developed by Krontec and will raise the bar with regard to security. Krontec will launch this system in 2012. There is also a big crush zone in the front and the rear of the car, conditioned by the outside dimensions.“I am looking forward to the first race of the Camaro GT, it will be very exciting. The racing car is an option for a lot of teams because it provides an interesting cost structure. Uwe Geipel‘s team YACO will use two cars for the ADAC GT Masters races. Perhaps they can also compete in the GT3 European Championship. We also have a lot of serious requests from the GT4 and touring car series. Our idea of attracting new customers instead of taking away teams from other manufacturers has worked so far”, says Hans Reiter happily.The planned revision cycle for the engine and the gear box is at 5,000 km and both parts are expected to work for 10,000 km. New measurements and impressions after an intensive test programme with the experienced pilot Peter Kox (NLD) and Charlie Geipel (DEU) will result in further improvements before the first cars will be delivered.The Camaro GT is a new and cost-effective GT racing car which will attract more teams. The developers continue working on the racing car to make it suitable for endurance races.YACO Racing Team from Germany is the first team to order two Camaros which will be used in the ADAC GT Masters races in Germany in 2012. The cars will be delivered in March, in time for the debut of the Camaro GT in Oschersleben from April 12th – 14th.Specifications: Engine: V8, 7,883 ccm cubic capacity, up to 650 HP Torque: > 800 Nm Drive: Rear wheel Gear box: Holinger shift speed system with rocker switch on the steering wheel Weight: 1,295 kg Wheel base: 2,886 mmWebsite: www.sareni-united.com Email: info@sareni-united.comContact: Herr Hubert Thanbichler Telephone: +49 8685 7792 -0 Fax: +49 8685 7792 -18motioncompany Matthias Rost Rathsberger Str 4 D-91054 Erlangen Telefon: +49 9131 81 44 515 Telefax: +49 9131 81 44 518motioncompany is a press agency for motorsport. Our services includes interviews, press releases, websites and photography for driver, teams, companies, sponsors.

07-31-2019 | Business, Economy, Finances, B …
Coherent Market Insights
Waterproof Socks Market Demand 2019 | Key Players DexShell, Sealskinz, Showers P …
Waterproof Socks Market reports cover complete modest view with the market stake and company profiles of the important contestants working in the worldwide market. The Waterproof Socks market offers a summary of product specification, production analysis, technology, product type, considering key features such as gross, gross margin, revenue, cost. Request Sample of Report: https://www.coherentmarketinsights.com/insight/request-sample/1063 Key players operating in the waterproof socks market include DexShell, Sealskinz, Showers Pass, Rocky, Wigwam Corporation, Camaro
06-13-2019 | Business, Economy, Finances, B …
Future Market Insights
Demand for Waterproof Socks Driven by Increase in Adventure Sports | Sealskinz; …
A growing millennial population with strong preferences and brand choices has redefined the paradigms of the consumer products sector and manufacturers of different consumer products are implementing innovative marketing strategies to woo this lucrative customer segment. With the millennial population especially in countries of North America and Europe resorting to multiple activities in adventure sports, trekking, cycling, and water sports, the demand for waterproof socks is at an all-time high.
10-03-2017 | Leisure, Entertainment, Miscel …
Music Promotion Club
New Album "Camaro Canyon" - Camaro Canyon's Tribute to Rock Music Genre
New singer Camaro Canyon is ready to entertain you with his excellent musicality in soundcloud. The listeners are excited to know about his recent album “Camaro Canyon”. This music collection consists of six tracks and all are based on rock songs. Camaro Canyon mainly deals with rock and hard rock music genre. Under the label name of Arcandrel, this artist is realeasing many songs in soundcloud. Though there are many
09-27-2017 | Business, Economy, Finances, B …
WISE GUY RESEARCH CONSULTANTS PVT LTD
Floating Overalls Global Market 2017: Key Players – Baltic, Burke, CAMARO, Eri …
Floating Overalls Market 2017 Wiseguyreports.Com adds “Floating Overalls Market –Market Demand, Growth, Opportunities, Analysis of Top Key Players and Forecast to 2022” To Its Research Database. Report Details: This report provides in depth study of “Floating Overalls Market” using SWOT analysis i.e. Strength, Weakness, Opportunities and Threat to the organization. The Floating Overalls Market report also provides an in-depth survey of key players in the market which is based on the various objectives
05-24-2012 | Tourism, Cars, Traffic
Vivid Racing
Vivid Racing Helps Outfit Classic Camaro with Modern HRE Wheels
A classic 1968 Camaro is morphing into a modern muscle car with Vivid Racing’s help. The power plant is a LSX which will produce monster numbers. This is squeezed into a fully boxed frame with modern day suspension and tubbed rear end to make way for the 11″ wide HRE C95′s. Final wheel specs are 18×9 fronts and 18×11 rears featuring a satin bronze finish that is accented with silver hardware
04-26-2011 | Sports
Prescott YMCA
33rd Annual Prescott Arizona YMCA Whiskey Row Marathon Announces Vintage 1970 Ca …
On May 14, 2011, the Prescott YMCA presents the 33rd annual Prescott YMCA Whiskey Row Marathon – the oldest continuously run marathon in Arizona. Not only is this one-of-a-kind event one of the most difficult marathons in the United States, but it’s also one of the most beautiful. Starting on historic Whiskey Row, the race begins at an elevation of 5,280 feet and increases to 7,000 feet over the first
Comments about openPR
Your portal is fast, simple, and easy to use. Others may have more functions but they also demand more editing time, you have to preformat the text in order to achieve a good result etc. I think openPR is really fantastic!
Andreas Knepper, wallmedien AG