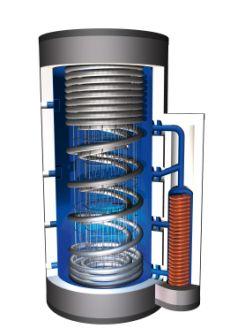 01-15-2021 | Advertising, Media Consulting, …
Ken Research Pvt Ltd
Austria Agriculture Market | Austria Agriculture Industry | Austria Agriculture …
The share of Austria agriculture within the Austrian economy declined steady afterward World War II, agriculture continues to represent a very important part of the economy attributable to its social and political significance. The Chamber of Agriculture rests on an equal level with the chambers of commerce and labour, though its members manufactures solely a fraction of the GDP that industrial and sale able labours produce. Though little, the agricultural sector is
06-08-2017 | Business, Economy, Finances, B …
ReportsWorldwide
Agrochemicals Market in Austria
ReportsWorldwide has announced the addition of a new report title Austria: Agrochemicals: Market Intelligence (2016-2021) to its growing collection of premium market research reports. The report “Austria: Agrochemicals: Market Intelligence (2016-2021)” provides market intelligence on the different market segments, based on type, active ingredient, formulation, crop, and pest. Market size and forecast (2016-2021) has been provided in terms of both, value (000 USD) and volume (000 KG) in the report. A
10-24-2016 | Science & Education
FWF - Austrian Science Fund
Nazi psychology in Austria
The history of academic psychology after the "Anschluss", the annexation of Austria by Germany in 1938, and its role as a discipline used in National Socialist policies is being examined systematically for the first time in a research project supported by the Austrian Science Fund FWF. "It is a sad fact”, says psychologist Gerhard Benetka from the Sigmund Freud University Vienna "that applied psychology flourished during the National Socialist era
09-06-2012 | Industry, Real Estate & Constr …
ESCHA Bauelemente GmbH
ESCHA Bauelemente GmbH extends position in Austria
Halver, 8 August 2012 – In the course of its globalizing strategy, the German connector- and housing specialist ESCHA starts up direct sales abroad for the first time: On 1 July 2012 the company welcomed Andreas Mader as its first Field Salesman in Austria. Operating from the capital Vienna, Mr. Mader will support existing customers as well as extend the business operations. Simultaniously ESCHA will continue to market its products
10-22-2009 | Advertising, Media Consulting, …
Advertising Association Vienna
Creative Austria meets creative Russia
Euroforum: communicatin ready for the next lap Vienna. On 22nd of October 2009 the advertising association Vienna invites again to the annual Euroforum: communication event, platform for European communication, guaranteeing an interesting mix of “connecting businesses and communications”. The Event takes place in Studio 44, Vienna. Focus point Russia (Moscow, St. Petersburg and Sotschi) The main goal of the Euroforum is to promote and establish business relations and synergies between
03-13-2008 | Arts & Culture
University of Vienna
Archaeological Sensation in Austria
Scientists from the University of Vienna unearth the earliest evidence of Jewish inhabitants in Austria Archaeologists from the Institute of Prehistory and Early History of the University of Vienna have found an amulet inscribed with a Jewish prayer in a Roman child's grave dating back to the 3rd century CE at a burial ground in the Austrian town of Halbturn. The 2.2-centimeter-long gold scroll represents the earliest sign of
Comments about openPR
OpenPR is clearly structured and remains true to its principle of confining itself to the essential parts. OpenPR has proven to be a very good and reliable partner to our media agency: Within the shortest time the releases are online and go down well with the media representatives. The success of OpenPR is reflected in the steadily increasing number of press releases. It is good that OpenPR exists!
Ursula Koslik, Director Marketing & PR, F+W Hamburg